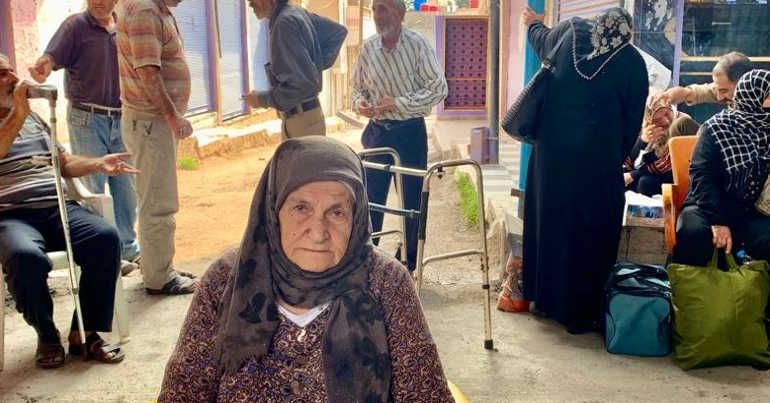 Turkish leader Recep Tayyip Erdoğan plans to move at least one million refugees from all over Syria into the areas invaded by the Turkish military and its proxies in northern Syria (aka Rojava). But Erdoğan‘s plans have nothing to do with the welfare of Syrian refugees. Because his apparent aim is to ethnically cleanse the majority-Kurdish population of Rojava.

An invasion designed to crush a revolution

86% of refugees ‘not from northern or eastern Syria’

The Rojava Information Center reports that:

The Turkish government’s own figures show that nearly 3 million of the 3.6 million Syrian refugees… 86% of the total [number of refugees that Erdoğan wants to move] are not from North and East Syria.

The Turkish invasion of Rojava has already displaced 300,000 people, including 70,000 children. But the situation could get much worse. Rojava Information Center quotes one resident of the border region as saying (before yesterday’s Turkey-Russia deal):

If Turkey attack the whole border at least one million will have to leave their homes. There is no capacity and no space to cover their needs. Children and elderly will die.

Last night, Turkey and Russia made an agreement for Russia to jointly patrol an area along the border, and to ‘remove’ Rojava’s People’s Protection Forces (YPG):

As the agreement was announced, the Rojava Information Center reported:

Displaced families continue to move south from the border, and many have also fled from Tel Tamer fearing further incursion by Turkish proxies. The situation in [Internally Displaced Person] camps is reaching breaking point, as international aid food packets have not reached Al Hol and the population of Mahmoudi camp swells from new arrivals.

What is happening in Rojava is in breach of international law. The Rome Statute of the International Criminal Court states that “deportation or forcible transfer of population” is a crime against humanity.

The statute explains that:

“Deportation or forcible transfer of population” means forced displacement of the persons concerned by expulsion or other coercive acts from the area in which they are lawfully present, without grounds permitted under international law

Erdoğan‘s apparent intention, then, is to commit yet another war crime; to force out the majority-Kurdish residents of Rojava and replace them with refugees who do not come from the area.

A repeat of what happened in Afrin

In January 2018, the Turkish military and its proxies invaded the Rojavan region of Afrin. As The Canary previously reported:

Since the invasion, the occupying forces have carried out torture, forced disappearances and looting. Many of Afrin’s residents have been killed or imprisoned. And members of Turkish backed militia groups have been moved into the homes of displaced Afrin residents.

And Afrin wasn’t the first attempt to ethnically cleanse the region. In the 1970s, the Syrian regime moved thousands of Arab-Syrian citizens into Rojava in an attempt to create an “Arab belt”.

Using displaced people as a weapon

The plans for ‘resettlement’ of refugees is part of a plan that Erdoğan announced months ago. You can see how he’s playing the game. He is making a threat to Europe, using this demonised vision of refugees, that he will send [the refugees] to them if they don’t do what he wants. At the same time, he is using displaced people as a weapon to wield over north and east Syria.

Erdoğan‘s government has been given a huge amount of money by the EU due to the situation with Syrian refugees. [This money] has been spent only on building a huge and divisive wall [along the northern Syrian border], and not on any efforts to improve the lives of displaced people in Turkey or anywhere else.

There’s a huge amount of very good documentation of how bad the lives of refugees in Turkey are and the kind of treatment they are subjected to there.

So [Erdoğan‘s] announcement that he wants to resettle people [in Rojava] has got nothing to do with humanitarian priorities or human rights or the right of people to a home. What he wants to do is to conduct demographic change on the area of north and east Syria – to pick up populations that are majority Arab, whatever their political backgrounds and affiliation might be, transport them to areas that are majority Kurdish, and enforce that demographic change on those areas.

The Autonomous Administration [of Northern Syria] has always had a clear response to this threat, which is to say that anyone whose home was originally in north and east Syria… is of course welcome to return. What they will not accept is several thousand more people from other parts of Syria being forced to move here in order to change the demography of the area.

Meanwhile, the Turkish state’s current occupation war has recently created a minimum of 300,000 displaced people. Erdoğan has turned these people into refugees. So the idea that he is interested in the displaced people of Syria and their right to return to their homes is absolutely ludicrous.

We need to stand with the people of Rojava who are resisting Turkish invasion. Right now, the movement is calling for a boycott of Turkey and a no-fly zone to prevent ethnic cleansing and genocide. Those of us who oppose militarism, racism, male domination, and borders need to organise in whatever way we can to support those demands and prevent the ethnic cleansing.