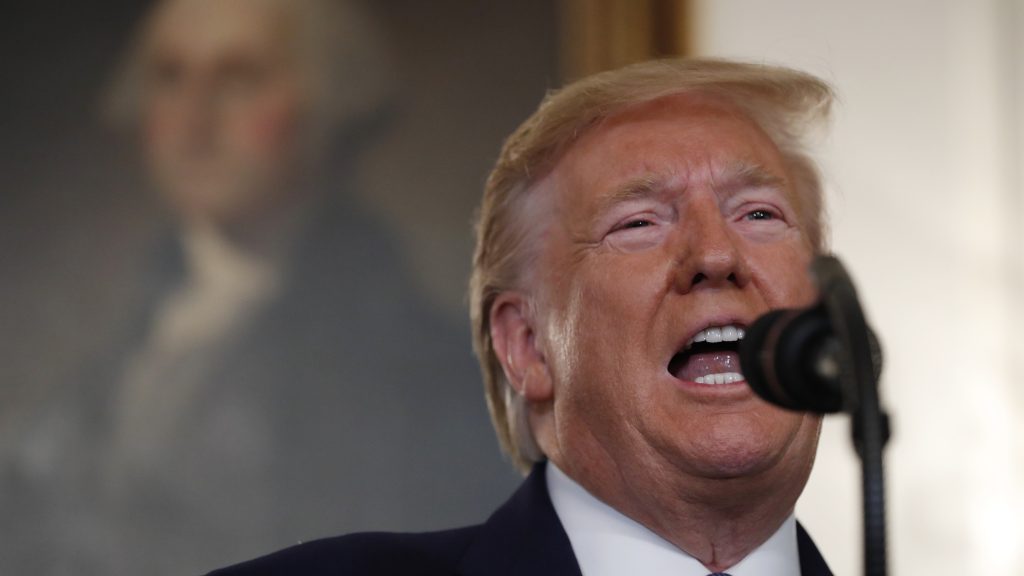 Donald Trump has said he will lift sanctions on Turkey after it reportedly agreed to ‘permanently’ cease hostilities against the largely-Kurdish areas of northern Syria (aka Rojava). But he has faced criticism across the board for being soft in the face of his NATO ally’s crimes.

A new stage of the invasion

Turkey has faced accusations of ethnic cleansing and war crimes since it invaded Rojava earlier this month. Its illegal invasion has so far killed over 200 civilians, created around 300,000 refugees, and allowed hundreds of Daesh (Isis/Isil) supporters to escape detention.

The lifting of US sanctions comes as Russia and Turkey have reached an agreement that would send their forces along nearly the entire north-eastern border of Syria. Turkey will take control of areas of Syria that it captured during the invasion, while Russian and Syrian forces will oversee the rest of the border region.

What parts of Northern Syria does the Russia-Turkey deal affect? Download the new @TheStudyofWar map to see the outlines of the reported agreement: https://t.co/E0Nwkg0a00. pic.twitter.com/UrBhA93odx

Rojava has forged a green democratic revolution in the middle of Syria’s brutal war. Its system is feminist, socialist, and opposes all religious and ethnic discrimination. And both militarily and ideologically, it played a key role in defeating Daesh in Syria. Over 11,000 Rojavan fighters died in this war. Turkey’s invasion, however, has severely weakened this progressive revolution.

People across the political spectrum have criticised the lifting of sanctions on Turkey:

In an astounding capitualtion, Trump announces that he has lifted sanctions on Turkey despite their invasion of Syria, essentially rewarding Turkish President Erdogan for killing the Kurds.pic.twitter.com/DQzMk1SkGQ

It’s unthinkable that Turkey would not suffer consequences for malevolent behavior which was contrary to the interests of the United States and our friends.

Trump lifting sanctions on Turkey — a country in which there are two Trump Towers — is rewarding a despot for slaughtering American allies.

Trump announces sanctions against Turkey will be lifted – so Erdogan’s war crimes will go unpunished.
Guarantees he’ll just do it again.

What has happened after Turkey’s invasion of northeastern Syria is a disaster — tens of thousands of civilians have been forced to flee, hundreds of Islamic State [Daesh] fighters have escaped, and Turkish-backed rebels have been credibly accused of atrocities against the Kurds.

Accountability for perpetrators and support for the Kurdish people are essential.

Sanctions not the way to go anyway?

Omar also highlighted that US sanctions on countries like Iran and Venezuela have been “a humanitarian and geopolitical disaster”. And she continued:

too often sanctions regimes are ill considered, incoherent and counterproductive.

Research has shown that sanctions rarely achieve their desired goals. In the worst-case scenario, they hurt the people of a country — generally the very people we’re purporting to help — without making a dent in the country’s behavior. And in the case of human-rights abusers, research suggests that more abuses typically occur with economic sanctions in place than without them.

economic and sector sanctions are too often designed to inflict maximum pain on civilians, not empower them. We had a full embargo on Cuba for decades, with little effect on the Cuban government but much pain inflicted on ordinary Cubans.

Other forms of strong action against Turkey

As an alternative to sanctions, Omar argued:

We could ban weapons sales to Turkey (as Congress is contemplating), limiting [Turkish leader Recep Tayyip] Erdogan’s ability to wage war without targeting the Turkish people.

Activists, on the other hand, are calling for a no-fly zone and a boycott of Turkey. And the Rojava Information Center (RIC) has called for:

the establishment of a safe zone spanning both Syrian and Turkish soil with international, third-party surety and observation

The RIC insists that this:

is the only sure-fire way to prevent further Turkish violations against North and East Syria, and bring an end to the humanitarian crisis which has already displaced over a quarter of a million IDPs.

So far, international action has failed to stop Turkey’s crimes. And Erdoğan has got almost everything he wanted at the start of the invasion. Russia and the Syrian government, meanwhile, have also benefited, with Rojavan forces having to forge a strategic alliance with them to resist Turkish-led attacks. Rojava had previously received some limited strategic support from Western governments for its fight against Daesh, though there was never any meaningful commitment to the region’s progressive revolution. It was clear to many, via attempts to exert influence over wheat and oil production, that the US simply hoped to use the fight against Daesh as an excuse to increase its own foothold in Syria.

Amid the ongoing international power games, though, one thing is clear: Turkish hostility towards Rojava is unlikely to stop any time soon. And for that reason, we must raise our voices, boycott Turkey, and demand firmer action from our governments to stop Turkish crimes.