As Western bombs kill civilians, there's one under-reported battle we need to be talking much more about [VIDEO] - Canary 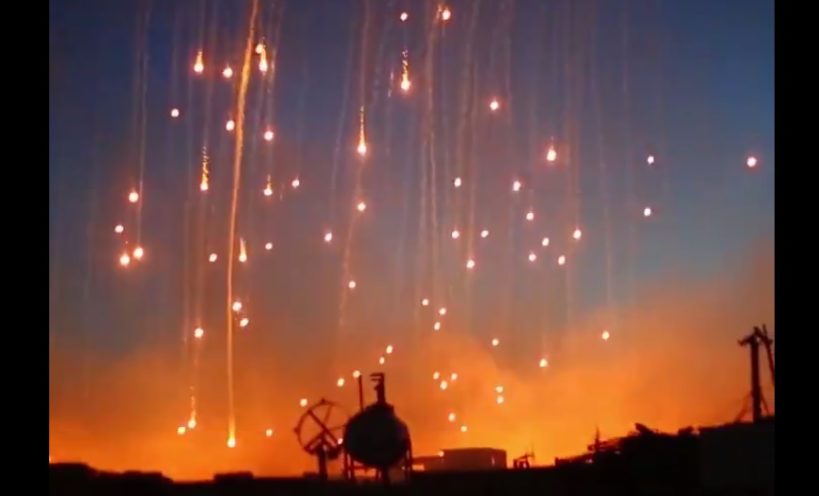 The Syrian city of Raqqa is the self-proclaimed capital of Daesh (Isis/Isil). And on 5 June, the long-awaited assault on the terror group’s stronghold began. But as part of the assault, Western bombs have reportedly killed hundreds of civilians. An issue which brings one under-reported battle into focus.

Kidnapped Yazidi women and girls – enslaved by Daesh for almost three years – are reportedly still trapped in Raqqa. As are thousands of civilians. So the battle to liberate the city couldn’t come soon enough.

According to UN war crimes investigators, however, the US-led air campaign in Raqqa has resulted in a “staggering loss of civilian life”. The chairman of the UN commission of inquiry, Paulo Pinheiro, said the intensification of air strikes “has also led to 160,000 civilians fleeing their homes and becoming internally displaced”. Daesh, meanwhile, has reportedly been shooting civilians attempting to flee from Raqqa.

At the same time, there have been reports that the anti-Daesh coalition may have used white phosphorus in Raqqa:

Suspected white phosphorus munitions rained down on Raqqa over the weekend. pic.twitter.com/6DpW04p98r

Britain is also involved in the air campaign in Syria, though the extent of its participation in the battle for Raqqa is unclear.

While Western media outlets have reported widely on the situation in Raqqa in recent days, there is one issue that is severely under-reported. And that’s the impact civilian deaths have on Daesh propaganda.

History teaches us that Western intervention abroad is a gift for extremists. The invasion and destruction of Iraq, for example, gave the forerunners of Daesh fertile ground to grow. It paved the way for the high levels of terrorism we see today. And increased Western military involvement and mistakes just backfire; because they’re exactly what Daesh wants. So the numerous reports of civilian casualties in recent days do the fight against Daesh few favours.

How to truly defeat Daesh…

The world will clearly benefit from the defeat of Daesh. But the nature of that defeat is incredibly important. And the ground forces leading the battle know that. The Kurdish-led YPG forces of Rojava in northern Syria are a key element of the struggle, fighting as part of the Syrian Democratic Forces (SDF). They know better than anyone the importance of winning not only on the battlefield, but also ideologically. For that reason, they have spent years building and defending a secular, pluralistic, and democratic alternative to the chauvinist authoritarianism of Daesh.

In short, truly defeating Daesh means addressing the root causes of extremism; and giving meaningful, permanent support to the local forces addressing those root causes. That means not just giving them the resources they need and being more careful with air strikes. It means supporting the democratic alternative they have built.

That’s the serious foreign policy rethink that Western powers desperately need to undertake. And they need to do that as an urgent priority; if they truly care about civilian lives and the prospects for a lasting peace in region, that is.

– Write to Theresa May and your MP. Ask them to respond to Daesh terror by recognising the progressive alternative of Rojava.

– Read more Canary articles on Syria and Rojava. And see more international reporting from us at The Canary Global.