Grenfell residents asked for help 'again and again’. But legal aid cuts meant they didn't get it [VIDEO] - Canary 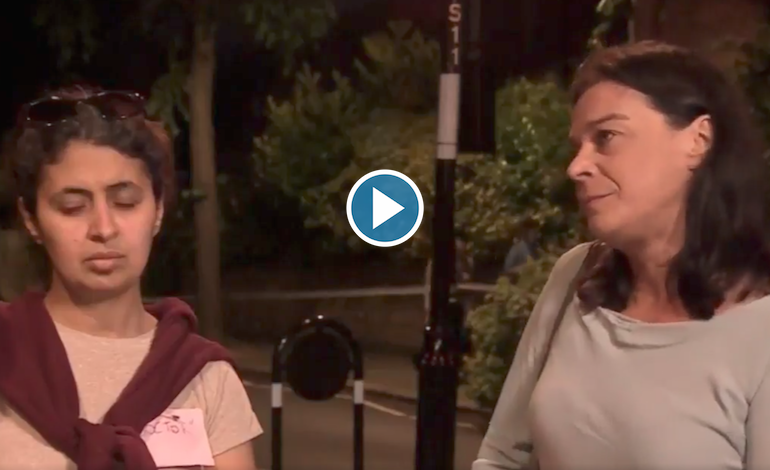 Residents of Grenfell Tower have been warning about fire risks for years. And those working with them say residents tried to get lawyers to help them – but they couldn’t, because of legal aid cuts.

On 14 June, BBC Newsnight spoke to Pilgrim Tucker, who worked with Grenfell residents for several months as an organiser and campaigner. In an emotional interview, she told Newsnight that residents had asked for new works to make the building safe “again and again and again”. Talking about recent renovations to the tower, Tucker said:

It was obvious that the standard of works was really, really shoddy and really, really poor. Boilers in front of front doors. Pipework sticking out inches outside of the walls. There were power surges that weren’t looked into, where the lights in the building went dead and the… emergency lighting didn’t come on. And these residents asked again and again and again, and they were threatened with legal action when they said that they wanted this work to take place.

As The Canary reported on 14 June, the local residents’ association has long expressed concerns about safety at Grenfell Tower. A blog post by Grenfell Action Group in November 2016 noted:

It is a truly terrifying thought but the Grenfell Action Group firmly believe that only a catastrophic event will expose the ineptitude and incompetence of our landlord, the KCTMO [The Royal Borough of Kensington and Chelsea Tenant Management Organisation], and bring an end to the dangerous living conditions and neglect of health and safety legislation that they inflict upon their tenants and leaseholders.

“They couldn’t get lawyers”

Those saying that the #GrenfellTower fire had nothing to do with politics need to see this clip pic.twitter.com/NKWTTlhCu8

After raising concerns in 2013, the action group reportedly received a legal letter from Kensington and Chelsea Council:

In an attempt to save around £350 million a year, the government introduced a series of significant changes to civil legal aid in England and Wales. This meant certain types of cases — including divorce, welfare, employment and housing (except in limited circumstances) — were no longer eligible for free legal support. The cuts, introduced back in April 2013, were strongly opposed by professional legal bodies and lawyers alike.

And in 2016, Amnesty International’s UK researcher Alice Wyss explained just how devastating legal aid cuts had been, saying they:

have decimated access to justice and left thousands of the most vulnerable without essential legal advice and support.

At the time, a Ministry of Justice spokesperson insisted:

We have made sure support remains available to the most vulnerable and in the most serious cases, and are taking action to ensure people can access the help they need.

Since the tragedy, lawyers have been speaking out in droves. QC Daphne Romney tweeted:

People in #GrenfellTower wanted to take on the landlords re fears about fire but they couldn;t afford it and there's no legal aid #newsnight

These are the sort of things housing solicitors used to help tenants with but with the drastic cuts in civil legal aid over years, tenants have very limited recourse to legal help before these matters become tragedies… Often tenants are unable to acess [sic] advice or help because of the dismantling of the civil legal aid system, which unlike the cuts to criminal legal aid have gone largely unreported by the media.

If residents of Grenfell Tower want legal help with compensation and responsibility many lawyers will be happy to help. For free. I will.

Me too."@JolyonMaugham: If residents of Grenfell Tower want legal help with …..many lawyers will be happy to help. For free. I will."

But unless the Conservative government does something to reverse its cuts to legal aid – as Labour’s Jeremy Corbyn plans to do – people who are worried about their own safety will be left high and dry by Britain’s legal system, just like the residents of Grenfell Tower were.