A Jewish woman tells BBC Question Time once and for all: 'Jeremy Corbyn is not an antisemite' - The Canary 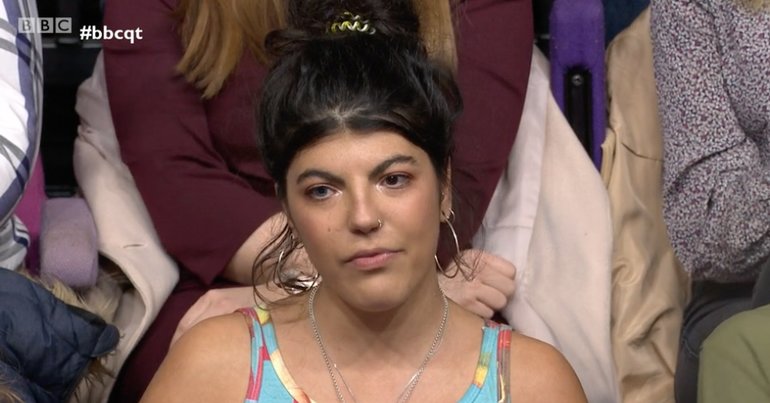 CORRECTION: The original article stated that Labour is less antisemitic than the Conservative Party. The chart it referenced actually compared antisemitism among party supporters (based on voting history), not party members. The article was corrected at 11.10am on 11 November.

A Jewish audience member of BBC Question Time gave a damning verdict on the antisemitism witch hunt against the Labour Party. She tore into the press and the Conservative Party, accusing them of creating this fake news story in an effort to avoid an honest debate on policy. A debate they would lose.

This is your moment

The audience member, who goes by Lila Rose on Twitter, said:

You said that Jewish people are scared to go out of their house because Corbyn’s an antisemite. I’m Jewish, my whole family’s Jewish, I can tell you that we’re not scared. Corbyn is not an antisemite. The right-wing press takes things out of context, puts them in headlines, and that’s never spoken about by the party.

Within moments, her clear and correct assessment was going viral:

Surely #BBCQT we’re supposed to edit this bit out?

“Corbyn is not an anti-Semite, the right-wing press takes things out of context”.

This young Jewish woman speaking in defence of Jeremy Corbyn is the best thing you'll see on #bbcqt today 💚 pic.twitter.com/NEPTDU4NsK

A Jewish member of the question time audience calls out the Tories and media for shamelessly weaponising antisemitism to character assassinate Corbyn and Labour. #bbcqt pic.twitter.com/9aoAk8E0GV

The reaction even took Rose herself aback. But she wasn’t going to waste the opportunity to double down on her assessment:

Wow never thought I’d go twitter viral, but just want to point out that not once have I seen a headline in the papers about all the terrible Islamaphobic things said by MPs like Boris – yet there were front page spreads of Milliband eating a sandwich #rwpress #bbcqt

Sadly, not everyone was happy with Rose speaking out.

The witch hunt fights back

Rose’s comments came right at the start of a fresh wave of antisemitism allegations. That same day, the Jewish Chronicle ran an entire front page demanding non-Jews to refuse to vote Labour this general election. In an editorial yesterday, I explained how offensive and damaging this piece was from the perspective of a gay woman of colour. The paper is attempting to deliver an actual racist, homophobic government in order to avoid a socialist one. And it’s weaponising the language of anti-racism to do so.

This happened in parallel with Ian Austin, a former Labour MP known for his anti-immigrant views, appearing on the Today programme. Austin called on the public to vote Conservative in the general election because Corbyn’s party is antisemitic. This rant wasn’t just devoid of evidence, it is flat out contradicted by the evidence. Labour supporters are less antisemitic than Conservative Party supporters: 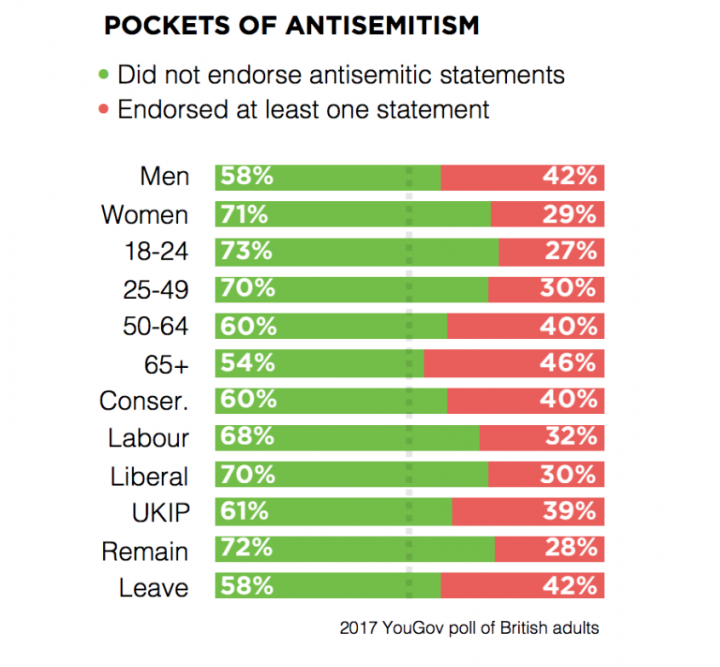 Yet Austin is asking us to vote for a party and a person who definitively are racist.

Boris Johnson himself has referred to burqa-wearing women as “letterboxes”, gay men as “bumboys”, and Black people as “piccaninnies” with “watermelon smiles”. There was no mass-media assault on racism in the Conservative Party. There was no inquiry. And the reason for that speaks volumes about the real versus imagined burden of racism in this country.

Any racism, against any group, by anyone, is unacceptable. That’s the position of any bona fide anti-racist. But this is not an anti-racist campaign. It’s a racist campaign, leveraging the language of anti-racism to shield itself from criticism. And that is beneath contempt.

Nevertheless, the front page and Austin’s performance were promoted all day by groups promoting the witch hunt:

Ian Austin MP. Labour since a teenager. Telling the nation to vote Johnson over Corbyn. Wow. This is a game changer. It’s come to this. pic.twitter.com/eY0FxsbL1Y

And then came Rose, to pour cold reality on hot nonsense. And she was not met with kindness by those seeking to keep up the heat.

Some of the chief Twitter personas behind the smear campaign were out in force on threads of anyone daring to share the video. When Michael Walker of Novara Media shared the video, he faced the wrath of such groups:

Sometimes it takes an ordinary member of the public to be brave enough to tell the truth. pic.twitter.com/GO9rKjEZCb

Walker was immediately set upon by two of the principle Twitter accounts promoting the antisemitism narrative against Labour: 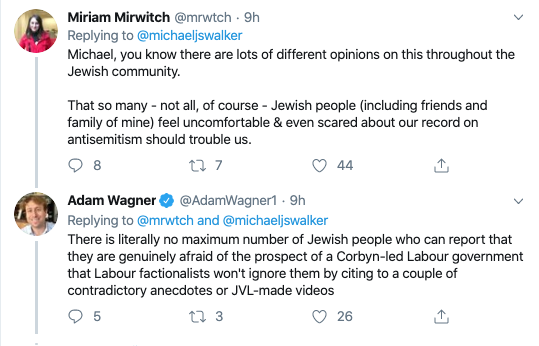 Miriam Wirwitch is the pro-Israel chair of Young Labour. She publicly celebrated the suspension of Labour MP Chris Williamson, and has been active in joining pile-ons against left-wingers accused of antisemitism. 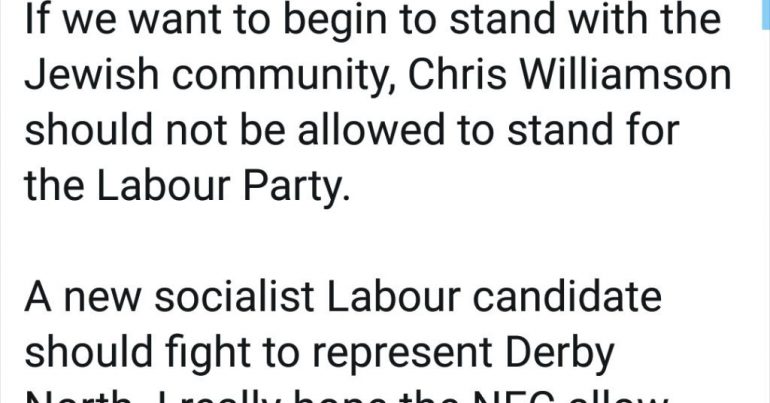 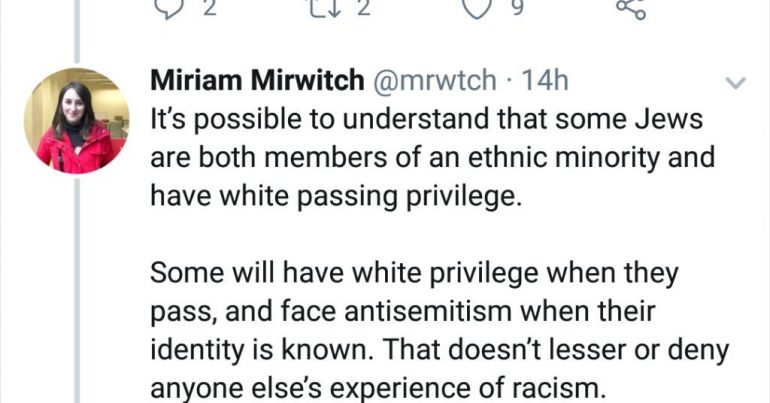 Adam Wagner is a human rights barrister at Doughty Street chambers. Despite his dayjob, he’s dedicated a significant amount of time and energy to this witch hunt. You’ll find him accosting just about anyone who attempts to bring reason to its frenzied ramblings.

We can expect these same faces, along with other usual suspects, to go after Rose with a vengeance. Because that’s what they’ve done to other left-wing or anti-zionist Jews who’ve dared to speak out against them. It takes something for people like Rose to reclaim their ethnic and/or religious identity from people who’ve weaponised it for political ends. And that’s what makes it all the more precious when it happens.