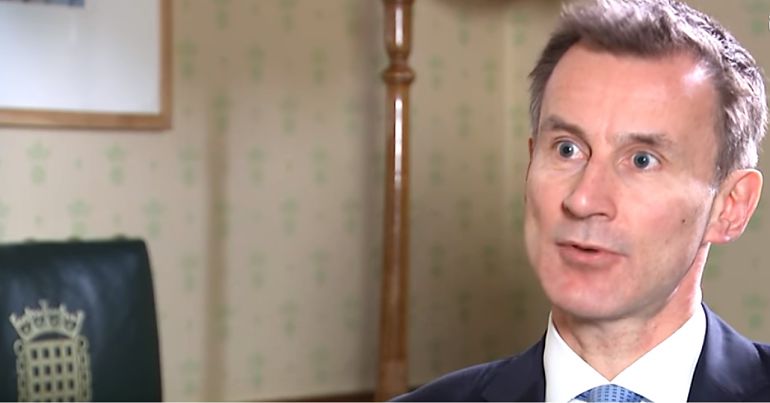 Rather quietly, Jeremy Hunt has sidled back towards the political limelight, with a new role in parliament. But it’s one that says so much about the rot in our political system.

In 2016, Hunt declared that being health secretary was likely to be his “last big job in politics”. Since then, he’s been foreign secretary and run for the Tory leadership (and the accompanying keys to Number 10). Clearly over-qualified to fit into the current cabinet, Hunt has been grazing on the backbenches.

But now, Hunt has found something to do.

A secret ballot of MPs has elected him chair of the Commons health select committee. There’s one of these committees for each government department and their role is to examine and critique the government’s decisions and performance. The committee chairs are allocated based roughly on the parties’ number of MPs. So there are now 17 Conservative, nine Labour, and two SNP chairs. Because of this, the vote for health chair was a straight fight between two Tories, Hunt and Anne-Marie Morris.

Hunt seems to be relishing the challenge. Describing himself as “honoured” by the appointment, he said:

I look forward to working with my committee to provide a strong, independent voice that supports NHS staff [and] patients in a very pressured period.

The Guardian’s health policy editor Denis Campbell pulled no punches, calling the appointment a “conflict of interest”. The problem, as Campbell and others have observed, is that Hunt is responsible for much of the government health policy he’ll now supposedly be checking. He’s been away from the department since 2018, but before that he was the longest-serving health secretary.

Hunt had a six-year tenure that Dr Khailash Chand described when it was still only part way along as the “worst ever”. Chand said Hunt was turning “the NHS to NHS plc”. He summarised NHS management by Hunt as “a stunning example of how not to do things”. “Hunt has managed to insult and alienate NHS staff across the board,” said Chand. Tellingly, Chand characterised Hunt’s ‘policy roadmap’ as “leading to the complete privatisation of the NHS, a process that has deep roots in Thatcherite ideology”.

A couple of years of barely noticeable Matt Hancock as health secretary hasn’t made any significant difference to this roadmap. So the health select committee really needs a strong leader, not afraid to highlight the government’s flawed stewardship of the NHS. Instead, it’s got Hunt. Campbell reports a former committee member saying this arrangement will see Hunt “marking his own homework”. Judging by his own comments, Hunt is actually spotting an opportunity to fill in all the gaps he left before. And based on his track record, the idea of Hunt trying to do new things to the NHS is even more worrying than him simply applauding, or whitewashing, his past failures.

Hunt won the chair against an unimpressive challenger, who was from his own party anyway. At least he had a challenger, though. Because Tory MP Caroline Nokes is now chair of the equalities select committee – despite her making no reference to LGBTQI+ issues in her supporting statement and voting against same-sex marriage for England and Wales in 2013. But she was the only applicant, and the position was only open to Conservative MPs.

Select committees, when they’re well run, can do a really important job in holding the government to account. But the system of appointing chairs disproportionately from the ruling party seems almost certain to reduce their effectiveness. And any system that allows Jeremy Hunt to return to the scene of his greatest crimes against competent governance is just wrong.