Why I won’t be celebrating Britain on VE Day - Canary 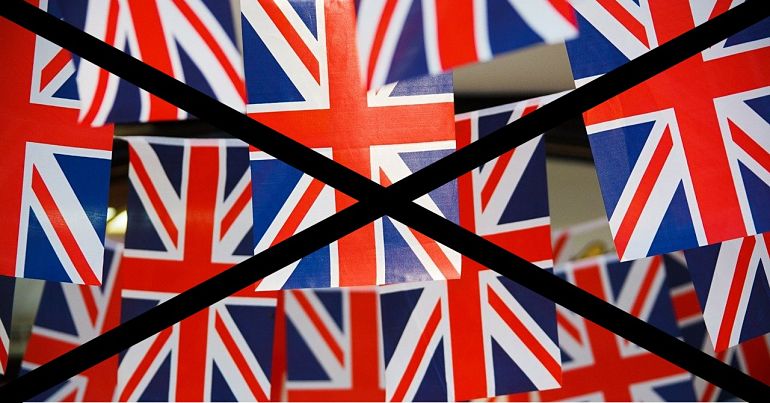 This year, May Day is a week late. And it’s on a Friday. And it’s not even May Day. What’s going on?

In these ‘strange and unprecedented times™’, most of us barely remember what month it is, let alone what day of the week. And the lockdown mindfuck will only get worse with the arrival of Bank Holiday Friday.

Other countries celebrate May Day as International Workers’ Day and observe it on actual May Day (1 May). But in the UK, we’ve become wedded to the idea that it has to be on a Monday. And far from memorialising the achievements of workers around the world, the UK’s version has evolved into a festival of optimistic incompetence. Hours spent attempting to install an outside tap, erect a shed or clear the drains are followed by removing the cobwebs from the barbeque and enjoying a range of meats, traditionally eaten either raw or carbonised.

This year, ‘everything is different™’. And this year also happens to be the 75th anniversary of the Soviet Union and its allies defeating Germany in WW2. The government had already announced that the early May bank holiday would move from 4 May to 8 May – the day on which, 75 years ago, the allies accepted Germany’s surrender.

There were plans for street parties, parades and associated hoopla but these have fallen foul of the coronavirus (Covid-19) pandemic. So now the branding is all about staying at home but still having a party. The BBC is breathlessly promoting its broadcasts of “extracts from Churchill’s victory speech” and a second message from the queen in as many months. Needless to say, Katherine Jenkins will be wheeled out to perform a selection of 1940s bangers that only she and people over 85 know. There will be bunting and there will be cake.

Look, if a family has fun baking a cake, that’s great. If people in a street take the chance to have a hollered chat with their neighbours, maybe for the first time, brilliant.

If folk plaster their houses in red, white and blue, I’m a bit less enthusiastic. That’s due to what seems to be a pretty strong historical correlation between over-zealous flag worship and the very sort of regime that WW2 was supposed to wipe out.

But when it comes to rehashing all the WW2 tropes, the Churchill cult and the ludicrous notion that ‘it was the Brits wot won it’, I’m gone. Fuck that. It’s not national pride, it’s complete ignorance and wilful delusion.

Occasions such as VE Day anniversaries shine a light on a particular aspect of Britishness. As I wrote recently:

For many people growing up in the UK, especially England, it’s hard to avoid imbibing the notion that as a country, we’re somehow different, maybe even a bit special.

Any WW2-related public commemoration tends to take this feeling and inflate it, reinforce it, harden it. When, by the end of the evening, we’re standing on the table bellowing Rule Britannia, what are we actually saying? Are we simply celebrating control of the seas in the 18th century or are we reaffirming our belief that the UK is somehow the top country now?

Because it isn’t. OK, the NHS is one of the world’s best health systems. But as a country, we’ve hit a pattern of voting for politicians committed to its demise. So what else have we got? Shocking levels of inequality. A not-very-free press. And a staggeringly, brain-meltingly awful government response to the coronavirus pandemic. Maybe the UK is different. Just not in a good way.

Why don’t we do better?

There’s nothing wrong with wanting our communities to do better. That can apply at a personal level, across a local area, for the whole country, or for the whole world. And there’s nothing wrong with celebrating achievement. Indeed, there were countless praiseworthy examples in WW2 of ordinary people doing extraordinary things, just as there have been during the pandemic. We can take inspiration from those who’ve gone before us and do what we can to be the change we want to see.

But I won’t be helping our feckless, clueless, shameless government sweep its failings under a red, white and blue carpet of nostalgic jingoism. No ‘socially distanced street party™’ for me. Maybe I’ll clear the drains instead. It would feel more appropriate.