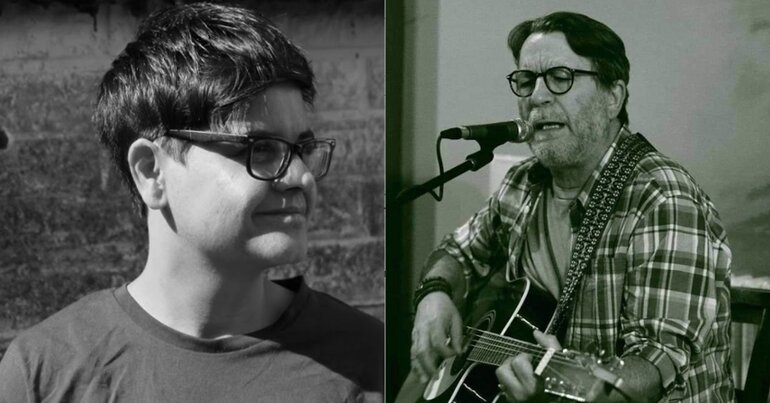 By the end of my twelfth year on this planet, I had been groomed, raped, beaten in my own home, and subjected to over a decade of narcissistic abuse. On top of that, I was living with undiagnosed autism. I developed a mask to survive it all, and most people never saw past it.

But Mr Smith was one of three teachers at my school who did. He made me feel seen and accepted in a way I rarely experienced. And he just died. So I wanted to take a moment to share with you the difference he made in my life, and the power a great teacher has to impact the lives of our young people.

Mr Smith was a proper leftie, at a time before I had developed my politics. But I was gravitating rightward. My life was brutal and my trust was broken. Generosity of spirit took a backseat to survival. I was on track to become an angry, aggressive, emotionally-remote adult with politics to match. But three teachers in particular played their part in guiding me back to the gentleness and compassion that I’d been busy shutting down. They taught me that the warrior in me was no more a source for shame than the gentleness. Both would have their place. These elements were not mutually exclusive, but mutually dependent.

Mr Smith taught me drama throughout secondary school, from my first day of Year 7 to my final day of sixth form. He was imperfect, and he let those imperfections show. His willingness to bear his flaws without shame was a kind of adulthood I hadn’t seen before. It gave everyone permission to do the same. To other teachers, I was too smart for my own good. Defiant, dominant, difficult to contain. But Mr Smith never struggled to contain me, because he never tried. Instead, he inspired me. He earned my attention and my respect, because he never behaved like we was entitled to it. I could trust him, because he trusted his students.

In much of my life, I was constantly suppressing myself, making myself smaller for other people’s comfort. But in Mr Smith’s class, I could expand to the size of the whole room if I wanted, and it was just fine. No one was too much, or not enough. We were all perfect, exactly as we were.

Mr Smith taught at what was then Kingsfield School; a comprehensive in an almost entirely white, working-class suburb of Bristol. For the students who planned on going to university, they would mostly be the first of their family to do so. It was unlikely Mr Smith would be teaching the next stars of stage and screen. Most of us just dreamed of some kind of job in an office, rather than the grind of manual work. And even that was just our parents’ dreams transplanted into our young minds.

But Mr Smith taught us like he *was* teaching the next generation of superstars. He wrote plays that raised questions about real-world issues, like the role of technology in democracy. And we built sets that would blow your mind. Every school year closed with the annual school play. One of the most exciting bits of being in my final year was that the main parts were always played by the outgoing students of Years 11 and 13. So having spent our whole school lives in supporting roles, musical or choir support, doing make-up or set design, we would finally have our moment to shine. By the time our year came around, it was Shakespeare’s A Midsummer Nights Dream. I got to play Hermia. Costume design was 1920s prohibition era and I got to wear this white gown with black polka dots. The male leads looked like jaunty gangsters in their pinstripe suits and hats. I rewatched it recently and it stands up surprisingly well. I was expecting to flinch and experience some embarrassment. But it was magical, and instead I cried with pride.

Mr Smith gave us these opportunities, far beyond the classroom, to experience ourselves as special.

And it wasn’t just me. This was not some special relationship to Mr Smith. This was just who he was for his students. If you let him, he would teach you as much about being a human being as being an actor.

The importance of great teachers

Not all teachers are like Mr Smith. I had some real duds too. But one good teacher can save a thousand lives. One teacher who can see the humanity in a hurting child can save that child’s life. And that child might grow to help others instead of hurting them. That’s what Mr Smith did for us, and that’s what countless teachers are out there doing right now.

Mr Smith just died. But his enthusiasm, his generosity, and his kindness live on in every one of us who learned from him. The world is a kinder place than it would have been without him, because he made us kinder adults than we would otherwise have been. I am so grateful that he showed up when he did. And I am so sad for his friends and family that his life was cut shorter than it could have been.

I know I honour him in my work, my politics, and the way I treat the people around me. He told me as much. But we can all honour Mr Smith, and teachers like him, by standing with them in the myriad challenges they face.

Because those who care, teach.