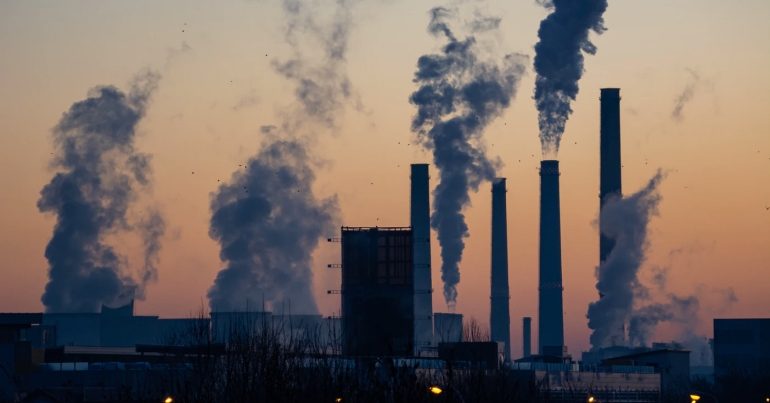 Business Green’s “Net Zero Festival” will take place over 3 days from 30 September. It will be entirely online, presumably at a fraction of the usual cost of organising such an event. But tickets are still £150. And though there’s a limited number available for free for members of civil society, they come with a warning on the web form that “applications will be vetted”. So who will be attending and what will they be promoting as solutions to the climate crisis?

Top sponsors of the event include Heathrow Airport, Shell and power company Drax as well as big investors in polluting power such as Boston Consulting Group and Schroders. Invited speakers come from the ranks of Amazon, Rolls-Royce, Unilever, IKEA, Sky, Bank of America and the UK government, alongside big NGO ‘usual suspects’ such as WWF, plus thinktanks, industry associations and journalists.

The event includes speakers who genuinely care about the climate crisis and have no vested interests in polluting industries. But there’s no extensive civil society representation, and above all, none from those communities most affected by climate change. This means few of the proposed solutions will actually aim to reduce our carbon emissions or address the damage caused by climate change.

The term “net zero” has been captured by big polluters more concerned with saving their profit margins than our climate. To genuinely address the climate crisis and limit the damage caused, we need to stop burning fossil fuels and protect and restore natural ecosystems, including healthy soils. And we need to prioritise Indigenous Peoples’ and other local communities’ rights, as well as public health.

While zero carbon energy is unlikely in the foreseeable future (manufacturing wind turbines and solar panels still involves emitting carbon, albeit far less than energy from fossil fuels or biomass), the term “net zero” is all too often used as a smokescreen to prevent real solutions, founded in grassroots action on the root causes of climate change.

One problem is that the term is widely used in connection with carbon offsets – the idea that you can keep emitting CO2 as long as you “offset” your emissions. Carbon offset schemes can involve planting or conserving trees elsewhere, as well as projects which directly benefit polluting industries (e.g. paying mega factory-farms for using manure to make bio-gas). By definition, they allow polluters to maintain business as usual and deal with the problem later, rather than simply polluting less.

Carbon offsets involving tree planting and forests have been heavily criticised by Indigenous and other community land rights and forest campaigners. This is because they often promote monoculture tree plantations and take control of land away from local communities in the Global South. Right now the International Emissions Trading Association’s Markets for Natural Climate Solutions initiative aims to offset the activities of its partners Shell, BP and Chevron through massive tree plantations. The aviation industry is trying to create the world’s biggest ever carbon offsetting scheme involving trees, called CORSIA.

Such schemes are what big polluters rely on. Session titles like “net zero oil and gas” and “Prepping Net Zero Flight for Take Off” aren’t truly concerned with reducing pollution. They’re more interested in continuing to pollute and feeling better about it. The only way for the aviation industry to become more sustainable is to reduce the number of flights taking off. Flights powered by biofuels, or offset by monoculture tree plantations, will only make the problem worse. Meanwhile, event sponsor Heathrow Airport is still hoping to build a third runway to increase its flight capacity.

But, what about the other major sponsors?

The event comes just two months before the 25th anniversary of the state murder of Ken Saro Wiwa and eight others who were protesting against Shell’s oil extraction activities in the Niger delta. Shell may be keen to rebrand itself as “net zero”, but it’s currently being taken to court over its failure to clean up after itself in the Niger Delta. And despite all the hype – and the company knowing about the likely severity of the climate crisis since the 1980s – Shell made substantial donations to a prominent climate science denier throughout the 1990s. The company still spends 90% of its capital on fossil fuel extraction and less than 5% on renewables.

Or take Drax. Once the UK’s largest coal-fired power station, Drax has switched most of its capacity to burn biomass – imported compressed wood pellet. The power station now burns more imported wood than the UK can produce every year. Drax has a hard sell on its sustainability, but the truth is that burning wood emits more CO2 at the smokestack than coal, and demand for wood pellets is fuelling biodiversity loss and environmental injustice in the southern US, Canada and the Baltic States.

Finally, widely advocated as “net zero” are sci-fi geoengineering technologies such as Bioenergy with Carbon Capture and Storage (BECCS), which Drax will be promoting at the event. BECCS isn’t happening at scale anywhere in the world. Drax’s pilot scheme is not even capturing the 365 tonnes of carbon dioxide a year it is designed to do. Further, the potential “uses” Drax has put forward for captured carbon – such as fizzy drinks and fish food materials – would not store the carbon for a significant length of time. However, if governments believe the hype and pledge to continue or even increase large-scale bioenergy in the hope of being able to capture carbon at a later date, this will lead to more forest destruction and more CO2 emissions from increased logging and land conversion.

We know the solutions to the climate crisis that we could enact now. We could refocus our economy towards meeting everyone’s needs rather than just those of the wealthiest. We could promote Indigenous People’s rights. We could protect and restore natural ecosystems and shift from industrial agriculture to agroecology. And we could make the necessary social and economic changes to reduce energy consumption, like promoting slower, more inclusive travel.

We don’t need “business leaders” to save us – if anything, they’re getting in the way of community led solutions. A group of business people chatting about sci fi at an expensive event sounds harmless. But they will show up lobbying at the COP26 summit next year. Let’s make sure voices from the grassroots are louder.