With a 'game-changing' pledge, China makes Donald Trump the pariah of the planet - The Canary 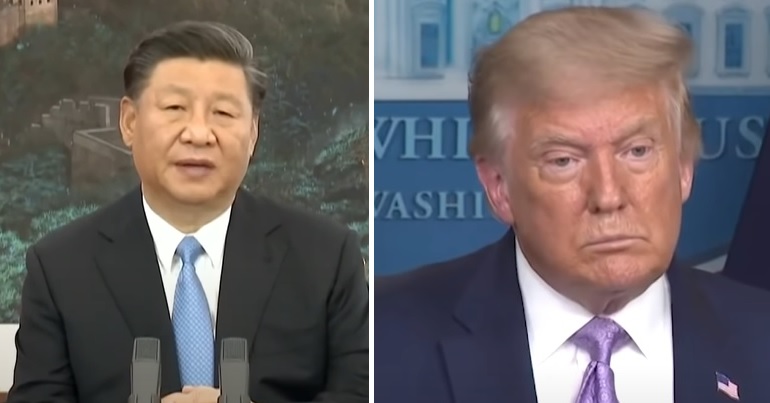 Humiliating Donald Trump. Offering a rare piece of hopeful news for our ailing planet. What’s not to like about China’s “game-changing” announcement on climate action?

He noted that the 2015 Paris Agreement “outlines the minimum steps” countries must take “to protect the Earth”. As the UN says, Nationally Determined Contributions (NDCs) are “at the heart of the Paris Agreement” as they outline the climate actions each country intends to take. In his speech, Xi vowed:

China will scale up its Intended Nationally Determined Contributions by adopting more vigorous policies and measures. We aim to have CO2 emissions peak before 2030 and achieve carbon neutrality before 2060.

WWF pointed out that both of these pledges are a “step up” for China in terms of climate action. The pledge to become carbon neutral by 2060 is new and the promise to have peak emissions “before” 2030 replaces a previous commitment of “around” 2030. WWF’s global lead for climate and energy, Manuel Pulgar-Vidal, commented:

This is potentially a game-changer. By announcing their bold intentions now, China, as the world’s biggest producer of greenhouse gasses, is showing emerging leadership on climate change. China’s move will put pressure on other big emitting countries to also take bold action. So far, few countries have submitted enhanced NDCs, and none of them are big emitters.

On social media, others also hailed the news as a ‘Big Fucking Deal’:

One commentator noted that, in particular, China’s pledge blows the ‘if they don’t take action, neither will we‘ argument out of the water:

The “it doesn’t matter what we do because China isn’t” argument could be out the window.

Icing on the cake

Of course, talking tough is easy for politicians. What really matters is whether they back up the tough talk with action. When it comes to the climate crisis, political action has been atrociously lacking. For example, the UN Environment Programme recently revealed that the global community hasn’t fully met a single one of the 20 biodiversity targets governments set a decade ago. Meanwhile, the Intergovernmental Panel on Climate Change (IPCC) reported in 2018 that the Paris Agreement ambitions aren’t enough to limit global warming to 1.5C. To put this in perspective, the current level of catastrophic wildfires, ice melting and extreme weather events are happening at 1.2C warming compared to the pre-industrial era.

But at least China is moving in the right direction on emissions promises (it still has a lot of work to do end its devastating impact on wildlife though). That’s more than anyone can say for Donald Trump. Despite the US being the world’s second largest carbon emitter, he’s pulling the US out of the Paris Agreement (the impact of his administration on wildlife leaves a lot to be desired too).

So China’s pledge essentially moves Trump into the top spot as pariah of the planet. It exposes his abysmal attitude towards the climate crisis in all its humiliating glory. Like I say, what’s not to like about the “game-changing” announcement?