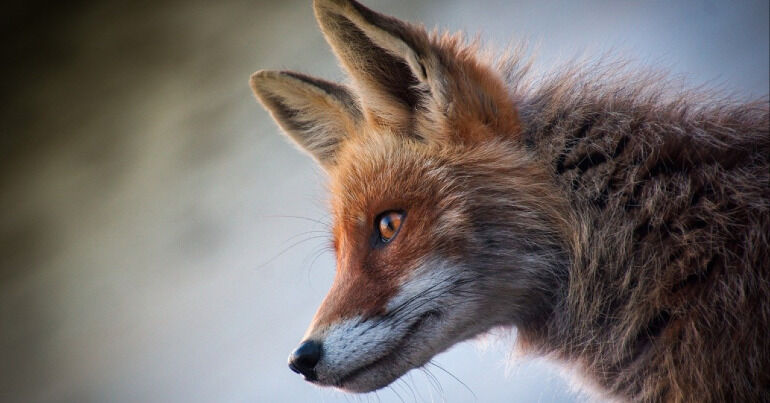 Major landowners the National Trust, Forestry England, and United Utilities have temporarily suspended trail hunting on their land after the police announced that they will investigate leaked webinars that allegedly exposed ways of covering up illegal fox hunting. The webinars were attended by more than 150 hunt masters from all over the country. In one video a senior hunt official says that trail hunting is used as a smokescreen “to portray to the people watching that you’re going about legitimate business”.

Although the announcement by the landowners is welcome news, it doesn’t go far enough. They need to ban trail hunting for good. And we need a total ban on all fox hunting. Now.

What is trail hunting?

The term ‘trail hunting’ was introduced following the passing of the 2004 Hunting Act, making it illegal to hunt wild animals with hounds. It enabled hunters to get around the new legislation, pretending that they were doing a ‘lawful’ sport, while continuing to murder animals. If a group is trail hunting, their dogs are supposedly following an artificially-laid scent and not the scent of a wild animal.

Robert Pownall, founder of anti-hunting organisation Keep The Ban, explained to The Canary that trail hunting is:

nothing but a cover up for illegal fox hunting, and week in week out there are incidents of wildlife being ripped to pieces with hunts claiming these to be “accidents”. … Trail hunting is nothing but a trail of lies.

Pownall commended the decision by the landowners to temporarily suspend trail hunting, but argued that they need to go further:

There already exists an abundance of evidence that hunts previously licenced by both Forestry England and the National Trust have acted unlawfully, with two of the licensed/previously licensed trail hunts having been associated with convictions under the Hunting and Animal Welfare Acts.

So if this is the case, why don’t the National Trust and Forestry England just permanently ban trail hunting? The Canary asked both landowners this. The National Trust declined to answer the question. Instead, it replied:

We are aware of videos circulating on social media showing two Hunting Office training webinars earlier this year. As a result, we have taken the decision to pause trail hunting on National Trust land and will not be granting any new licences for the remainder of the season. We do not currently have a date when this will be reviewed.

Forestry England was a bit more forthcoming and stated:

We have to wait for the police investigation to finish before we can begin to decide the future of our trail hunting licences.

The Canary also asked both landowners how they would enforce the suspension on their land. The National Trust declined to answer, while Forestry England stated:

Anyone who is acting illegally in the forests may be liable to prosecution.

“This should see an end to all hunting on their land”

Since the Hunting Act came into force, wildlife monitors and hunt saboteurs have gathered vast amounts of evidence, showing foxes and deer being murdered by hunts. So quite how the National Trust and Forestry England continue to grant licences to such criminals is a mystery.

Bobbie Armstrong is a monitor for Somerset Wildlife Crime. She told The Canary:

The content of the webinars exposed what we believe to be clear admissions of hunting act breaches and deliberate attempts to conceal law breaking. We would suggest that this throws into question how organisations such as the National Trust or Forestry Commission can ever truly and genuinely, with the burden of their responsibility as landowners, ever issue licences for hunts to operate on their land again. This should see an end to all hunting on their land.

The evidence is credible. The opinions are overwhelming, and the responsibility to do the right thing now rests firmly with these organisations, and that is to ban all hunts permanently and to go much further by actually enforcing that ban.

If the National Trust and Forestry England continue to grant licences for trail hunting after the police investigation ends, it is clear that they will both continue to be complicit in criminal violence.

Keep The Ban is calling for the public to sign a petition, calling on Forestry England to permanently ban trail hunting. You can sign it here.