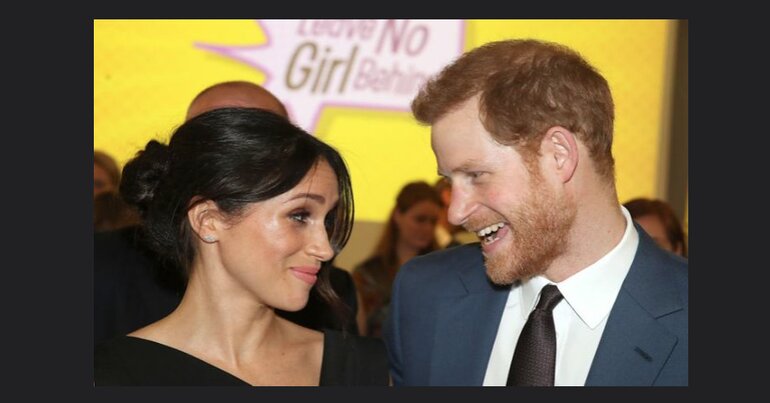 Women of colour operate in the arena where two of society’s deepest hatreds collide. It’s where racism and patriarchy unite and create their beloved bastard: misogynoir. Most women of colour have experienced some version of what Meghan Markle is living right now. England’s monarchy and its useful idiots hold a special hatred for women of colour who dare to grow into their own power. Meghan is Black, beautiful, brave, and she owes them nothing.

As women of colour, our bodies are simultaneously reviled and hyper-sexualised. To understand better how this works in reality, we can look at the kinds of abuse aimed at high profile women of colour such as Serena Williams and Caster Semenya.

It was hard for me. People would say I was born a guy, all because of my arms, or because I’m strong.

Meanwhile, in athletics, white competitors are attempting to use South African Olympian Caster Semenya’s body to force her out of the sport. This was led by white women athletes who were literally crying because Semenya beat them so easily.

lynsey sharpe came in 6th in rio, didn't have a piss icicle's chance in hell of winning dust let alone a medal but blamed her failure on caster semenya? pic.twitter.com/1jF48HY56g

The International Association of Athletics Federations (IAAF) sided with the white women athletes. And this was the exact opposite of how governing bodies and competitors treated white, male swimmer Michael Phelps. As Monica Hesse explained in the Washington Post:

Phelps possesses a disproportionately vast wingspan, for example. Double-jointed ankles give his kick unusual range. In a quirk that borders on supernatural, Phelps apparently produces just half the lactic acid of a typical athlete — and since lactic acid causes fatigue, he’s simply better equipped at a biological level to excel in his sport.

I’m thinking of those stories, because I’m thinking about the ways Michael Phelps was treated as wondrous marvel. Nobody suggested he should be forced to have corrective surgery on his double-jointed ankles, nobody decided he should take medication to boost his lactic levels.

But these people are not content with seeking ownership over our bodies. Women of colour are always considered uppity or arrogant for simply asserting our boundaries – physical or otherwise.

We all know the trope of the angry Black woman. Many women of colour take time to grow into our power, simply to avoid it. We add caveats to every statement we make. We feel a pressure to remain calm and avoid expressions of emotion in argument. And so we are asked to make ourselves smaller, quieter, more compliant. Because if not, we risk triggering the misogynoir in the room. It takes a level of self-assurance and self esteem to be authentically yourself when the world makes you so wrong for it.

Piers Morgan, who is misogynoir incarnate, got his arse handed to him by two Black women who refused to submit to this trope.

First, Trisha Goddard, who flat told Morgan he had no place in this conversation.

.@TrishaGoddard says @piersmorgan can call out whatever he wants but he doesn’t get to say what ‘is and isn’t racism against black people.'

He responds he's calling out Meghan's 'incendiary charge of racism against the Royal Family'.

And next up, Dr Shola Mos-Shogbamimu. She breaks the golden rule. Not only does she refuse to give way when interrupted by a white man. She also fires back and shuts him down rhetorically. He turns gammon pink. This is what triggered misogynoir looks and sounds like.

‘You want to deny the Royal Family has any racist undertones or actions simply because you’re in love with the Queen?’

‘What a load of race-baiting nonsense.’

The debate gets very heated between @piersmorgan and @SholaMos1. pic.twitter.com/6XaH6RrDlV

But if you trawl the comments, you will see an avalanche of triggered gammon. All their comments amount to: ‘She has a point but her emotions undermine it’. That is white people seeking to delegitimise a woman of colour for showing human emotions. They aren’t saying this of Piers Morgan, who spends the entire interview screaming and pink-faced. It’s basic gaslighting that says us having an emotional reaction to their irrational behaviour is worse than the behaviour. It’s also a means of avoiding responsibility for acting badly by blaming the victim and making us unworthy of respectable treatment. And finally, it dehumanises us. Bottom line: it’s a means of England’s angry white men soothing their egos and exercising control.

Women of colour don’t owe England’s angry white men a damn thing. There’s barely one of us who didn’t get where she is today in spite of them. They are small-minded, fragile souls more content with wresting power from us than the white establishment that pins them down. Princes Charles, Philip and William are bad enough. But the likes of Piers Morgan and his gang of serfs take the cake. They attempt to enforce a subservience in women of colour to elevate themselves. Because it’s easier to exploit the privileges of racism and patriarchy than it is to challenge it. They are moral cowards, hiding behind the same establishment that crushes working class women and men of every ethnicity. They could be our allies in a fight for a more equal world. But they choose instead to uphold iniquity so they can enjoy the benefits as white men.