On International Women's Day, let's take a look at one of the strongest women's movements in the world - The Canary 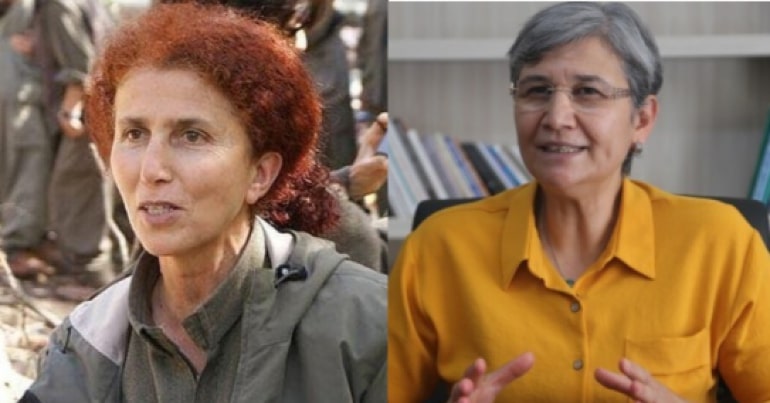 Perhaps the strongest women’s movement in the world right now is the Kurdish Women’s Movement. On International Women’s Day, The Canary takes a look at these revolutionary women.

Kurdish women came to world attention in 2014, gaining global media headlines in their fight against Daesh (ISIS/Isil) in Rojava, Syria. Yet, as is typical in a patriarchal society, western media outlets usually depicted the Kurdish Women’s Movement as young, beautiful twenty-somethings with guns, even appearing in women’s magazine Marie Claire. But Kurdish women, from the young to the very old, were struggling against patriarchy and fascism for decades before Daesh existed.

Kurdish people are the largest stateless group on Earth. Most live in the geographic region of Kurdistan, which lies within Turkey, Syria, Iraq and Iran. The Kurdish people have experienced generations of oppression in all four countries, from Saddam Hussein’s Anfal genocide in Iraq, to the torture and disappearance of hundreds of thousands of people and the burning of villages in Turkey.

Yet this oppression contributed to the creation of one of the largest women’s struggles in the world in the Kurdish regions within Turkey and Syria. One of the biggest icons of this struggle is Sakine Cansız (in the left-hand image at the top of the page). She was a co-founder of the Kurdistan Workers’ Party (PKK) in 1978 with Abdullah Öcalan. The PKK began an armed struggle against the Turkish state in 1984. Kommun Academi writes:

Sakine Cansız was tasked by the leadership to build the women’s movement, a duty that she took very close to her heart. She single-handedly managed to gather large groups of young women, often students, for discussion and educations. On November, 27th 1978 only at the age of 20, Sakine Cansız became one of the two female co-founders of the Kurdistan Workers’ Party, when she participated in the party’s founding congress.

Cansız was imprisoned and tortured in Diyarbakır prison from 1979-1991. Kommun Academi continues:

The resistance of Sakine Cansız in Diyarbakir prison led to a new approach towards women in Kurdish society. It encouraged women to join revolutionary structures in the cities and moved women towards politicization in the villages. Starting with her prison resistance, Kurdish women’s activism gained increasing respect and support among the popular masses.

After her release from prison, Cansız continued in the PKK, and later as an educator of the Kurdish Freedom Movement in Europe. She was murdered in Paris in 2013, along with Leyla Şaylemez and Fidan Doğan, both central women in Kurdish organising.

Long before the 2012 Rojava revolution in northern Syria, the Kurdish movement was developing structures for radically changing how society was organised. If you speak to any women in Kurdistan, they will tell you that this struggle didn’t start during the Arab Spring, or in the fight against Daesh. It began more than 40 years ago, through women such as Cansız, who organised tirelessly from prison.

Democratic confederalism – an anti-capitalist, anti-patriarchal and anti-state ideology – was created by Öcalan from his prison cell. Democratic confederalism ensures that power that would usually be held by governments is given to people at the grassroots level. Local communes were set up within the Kurdish part of Turkey in 2007, empowering people to make decisions over areas of their lives. In Syria, people began putting the ideas of democratic confederalism into practice in 2005.

Within the Kurdish Freedom Movement, women’s councils, academies, and cooperatives have been created, while positions of power are always held by co-chairs, at least one of whom identifies as a woman.

A crucial ideology within the Kurdish Freedom Movement is jineoljî, or women’s science. A role of jineoljî is to transform the patriarchal mindset:

The patriarchy of the government, which has constructed itself on the basis of women’s bodies, feelings, ideas, beliefs and labour, intervenes constantly in our daily lives. It invades our space with violence, exploitation denial, murder and creating illusions. As important as tearing off these masks and organising a strong self-defence against these patriarchal attacks is the construction of a mindset. Jineoloji, which we have reached by setting out from a paradigm based on freedom, will succeed in achieving this.

Cansız and the many other women who have died in their struggle for women’s liberation, continue to be a source of inspiration not just in Kurdistan, but around the world. Within Turkey, thousands of Kurdish women continue to be imprisoned, including Leyla Güven (to the right of the photo at the top of the page), who survived a 200-day hunger strike in 2019. The women currently imprisoned gain their strength from those who have struggled before them.

As feminists, we know that struggle involves work and it involves love. It is militant just as much as it is joyful. Whether we look to you, our sisters and comrades who have been imprisoned by the Turkish state, to the women fighting in the mountains of Kurdistan, or the women building new ways of life across society in all four parts of Kurdistan, we see this same love and dedication in their actions.

We join your call to continue the struggle, to stand side by side as free women and raise our voices, to oppose all forms of injustice and fascism, to strive for building a society where justice and equality prevail and where the rights and dignity of women are respected.

We call for unity and solidarity, against feminicide and in defence of a free life and free society everywhere. United we will overcome. We salute you and wish you peace and strength.

“Women, Life, Freedom” is an important slogan of the Kurdish Women’s Movement. On this International Women’s Day, we must stand in solidarity with all women like Güven, locked up as political prisoners, and we must remember all those who have died in their fight against misogyny and patriarchy.