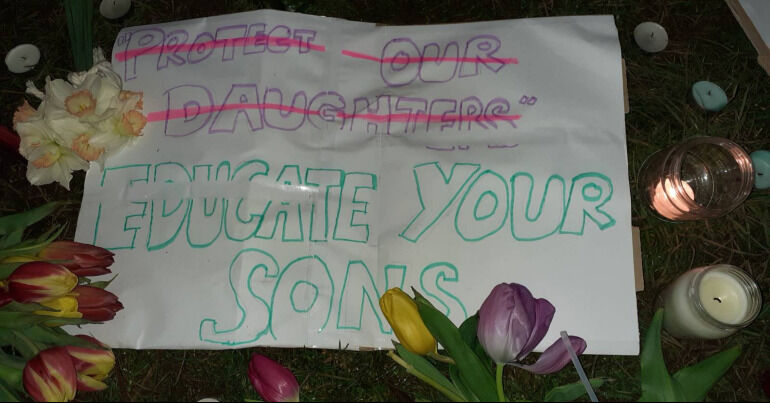 CONTENT WARNING: THIS ARTICLE CONTAINS REFERENCES TO VIOLENCE AGAINST WOMEN THAT SOME PEOPLE MAY FIND DISTRESSING

It should possibly come as no surprise that the government is seizing upon the murder of Sarah Everard to roll out more Stasi-like undercover policing, all in the name of protecting women. Boris Johnson has announced that the government is going to send plain-clothes police officers to spy on people in bars and clubs around England and Wales. It’s part of a pilot scheme, Project Vigilant, which was launched by Thames Valley police in 2019, and is now going to be rolled out nationwide. The mainstream media is calling it a “drive to protect women“, and a scheme “to catch sexual predators“.

But we’ve seen time and time again that undercover police abuse their powers, deceive women into relationships, and wreck their lives. More than 30 women have been tricked into relationships with spy cops. The exact figure is likely to be higher, because the government likes protecting the identities of undercover policemen who have infiltrated women’s lives. And they don’t like telling us whether the police are still doing it now.

This latest announcement about deploying undercover police makes a mockery of the Undercover Policing Inquiry that is currently taking place, which should be investigating the disgraceful actions of undercover officers and their bosses. It’s a kick in the teeth to the women participating in that inquiry whose lives were torn apart by police spies.

People have taken to Twitter to vent their frustration:

Undercover police hanging around in bars “to protect women”?

Tell that to the heroic women activists who were subject to systematic and coordinated human rights & sexual abuse by undercover #SpyCops.

How could you look at a cop being charged with murdering a woman, police being investigated for failing to investigate him properly, an officer joking about her murder, and police violence against mourning women, and conclude that undercover police in nightclubs is the answer?

A serving Metropolitan police officer has been charged with Sarah’s murder. And the subsequent police violence towards protesters on the streets, showed the world that the police are definitely not here to protect women.

And Sarah’s murder was just the tip of the iceberg. A document called #194andcounting shows that at least 194 women have been murdered by the police and prison system in England and Wales, either in state custody or in prison, since the 1970s.

The Canary’s Steve Topple reported on statistics which show that between January 2009 and September 2020 there were:

And there are a number of other disgusting misogynist incidents involving police officers. I will list just a couple. On 15 March, the Sun reported that a Metropolitan policeman, who was guarding the spot where Sarah Everard was murdered, sent out a meme “containing six images of a uniformed officer abducting a woman”. In 2020, Metropolitan police officers took selfies of themselves next to the bodies of murdered women Bibaa Henry and Nicole Smallman.

Also in 2020, a police officer from Avon and Somerset was found guilty of gross misconduct for his treatment of a domestic abuse survivor whose ex-partner broke into her house and “punched her head into a wall”. The policeman described the survivor as “anti-men”. The Canary spoke to the woman, who said:

Giving the police more powers to act with impunity

It’s all too clear to women that the police are institutionally violent towards us. But instead of addressing this, the Tory government is giving them sweeping new powers. The recently passed Covert Human Intelligence Sources Act legalises the criminal activities of undercover officers and agents working for the police, MI5, and other state agencies. The Act doesn’t prohibit murder or torture in the name of undercover work. So, essentially it means spies and their agents will be able to act with impunity.

Meanwhile, the Police, Crime, Sentencing and Courts Bill currently being rushed through parliament will give police officers even more powers. Sisters Uncut argues:

As the actions of police at peaceful vigils this weekend show, police abuse the powers that they already have – and yet the government plans to give them more powers in the Police, Crime, Sentencing and Courts Bill.

The death of Sarah Everard must be seen in context of the structures of violence against women in this country, which include the police who brutally manhandled grieving women on Saturday, and the routine failures of the police to investigate rape cases as well as their own record of domestic abuse against women.

While the government pretends to care by promising to provide us with undercover cops and better-lit streets, the reality is we need complete systemic change. Women are unsafe, whether they’re walking home or already in their house. In fact, 62% of women murdered between 2019 and 2008 were killed by men who were currently, or had previously been, in an intimate relationship with them. No amount of spy cops or street lighting will protect us from the misogyny and patriarchy within our society, ingrained in boys from an early age.

We don’t trust the police, or the criminal justice system, to protect us. The number of successful rape convictions is at an all-time low.  The Centre for Women’s Justice’s Harriet Wistrich has argued that rape has virtually been “de-criminalised” because it’s so rare that a man will be convicted of the crime. It’s therefore unsurprising that, according to the Office for National Statistics, “less than one in five victims of rape or assault by penetration reported their experience to the police”.

We are tired Johnson and Patel’s crocodile tears. We are tired of our behaviour being policed, of being told that we must not walk alone at night, just because we’re women. We are tired of being victim-blamed for being assaulted. Together we must fight for radical change.

Featured image via a Bristol activist, with permission