A man murders a woman every three days in the UK. It's time the state is held accountable - The Canary 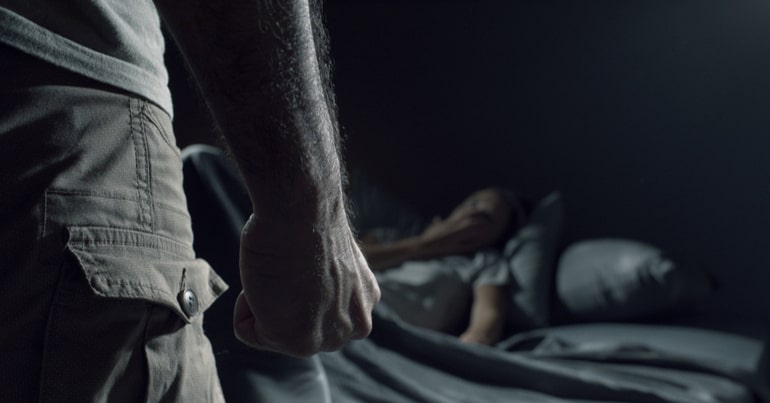 International Human Rights Day is also the final day of “16 Days of Activism Against Gender-Based Violence“. The 16 Days campaign has been taking place for the last 29 years. But despite its decades-long existence, it seems to have made no dent in femicide statistics around the world. Women are still being murdered by men at a terrifying rate.

In the UK, a man kills a woman every three days

In the UK, on 8 December, 30-year-old Shane Mays was found guilty of murdering 16-year-old Louise Smith. He was married to her aunt. Mays severely beat Smith and burned her body.

Ten years ago, men in the UK were killing a woman every three days, and a woman was killed by a man who was or had been an intimate partner every four days. Today, we see the same. The Femicide Census shows us that the numbers of women killed per year, the methods used, the contexts in which women are killed and their relationship with the men who kill them have changed little over the ten-year period.

62% of the victims were murdered by men who were currently or had previously been in an intimate relationship with them. In 92% of the cases, the women knew their killer.

The findings found that many of the women had lived for years in abusive relationships, subjected to coercive control. In fact, the researchers argue that coercive control in a relationship is key to understanding whether a woman is in danger of being murdered. Physical violence is not necessarily the best indicator.

Significant failings by the state

The Census researchers argue that:

Femicides are the epitome of the state failing to respect, protect and fulfil women’s human rights

In a number of the murder cases, investigations into police conduct found systemic failings by police forces.  On top of this, the Census has found that:

The failure to investigate and appropriately charge cases and to record the contributory factors leading up the death or killing of a woman is enabling impunity for perpetrators and breaching the right to safety and justice for women and their loved ones.

Women are most likely to be murdered in their own homes, showing that a home is most definitely not a safe haven. The Census found that men who murdered women in situations of domestic violence “receive lower sentences than other homicides”.

Under UK law, a perpetrator receives a minimum sentence of 15 years for murder if the weapon he used was already in the home where he committed the crime. But if the perpetrator takes a weapon to different location and kills someone, he is sentenced for a minimum of 25 years. It’s a travesty that the murder of someone in a home can be seen as a less serious murder than one on the street. And because most women are killed in their homes, this law can be seen as systemically sexist.

Carole Gould, whose daughter Ellie was murdered in her home by her ex-boyfriend in 2019, told the BBC:

the government is simply not interested in changing sentencing so the punishment fits the crime.

Despite providing a whole decade of data, The Census researchers argue that the state just isn’t listening. They say:

It is both heart-breaking and, frankly, makes us so angry because we, and all those who work on responses to men’s violence against women, seem to be shouting our findings, our understanding, our advocacy, into a void.

Although it’s a step forwards, it’s not enough to ask the government for reforms of the law, or to increase prison sentences for perpetrators. We live in a society that sexualises women for the gratification of men, and we have a mainstream media that uses “racist and sexist, sensationalist language” when reporting on femicides. And far too often, the media uses language that amounts to victim-blaming women.

Should we celebrate the fact that the numbers have not worsened [in the last decade], given the increased access to ever more violent pornography through the internet, the apparent increase in men’s predilection for rough sex, the cuts to specialist support services, and falling conviction rates for sexual violence? Have medical interventions masked an increase in potentially lethal violence? Or, as we suspect, is the constant level of men’s fatal violence against women and girls one of the great public policy failures of the last decade?

It’s also not enough to call for more women in power, who can call for better legislation. This won’t fix the all-pervasive sexism and misogyny in society. Sophie, a woman who works with domestic abuse survivors, spoke to The Canary. She argues that:

There’s a reason why men harass, assault, rape and kill women. Patriarchy tells men that they should be dominant and in control, especially of women, and that women are inferior to them and exist to meet their needs. Patriarchy also tells men to deal with difficult feelings using anger and violence instead of being vulnerable.

The only way to stop male violence against women is to work with young people to challenge patriarchal values before they become too ingrained, and for there to be real consequences for men’s actions.

Sophie volunteers with TIGER, a Bristol-based cooperative, delivering workshops to young people. The workshops support youths to challenge gender norms and stereotypes, to explore where these stereotypes come from, and how they affect people of all genders. In the UK, it’s currently grassroots-level organising like this that will have more success in fighting patriarchy than relying on our government.

And around the world, there are examples of women-led communities and societies challenging patriarchy head-on. Perhaps the best example of this is the feminist revolution in Rojava, northern Syria. We need to take inspiration from the women of Rojava and put anti-patriarchy at the centre of our own struggles here in the UK, and fight for gender liberation.