Foodbank use increased almost 90% this year, as benefits not covering basic survival - The Canary 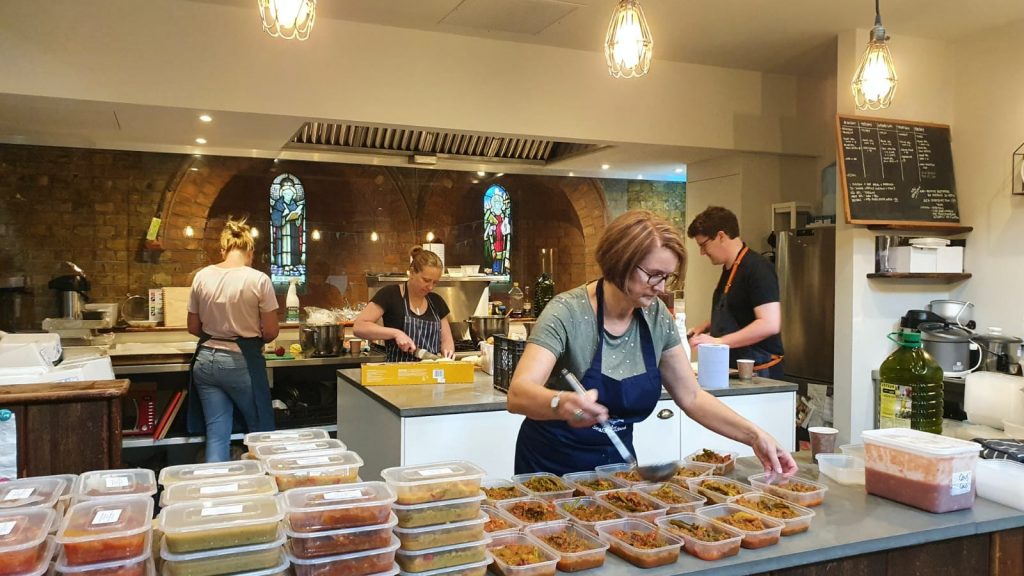 Independent foodbanks are giving out more than 13,000 emergency food parcels a week as demand soars during the coronavirus (Covid-19) pandemic, data shows.

Some 340,994 three-day food parcels were distributed by 189 independent foodbanks in the UK between April and September, according to the Independent Food Aid Network (IFAN). This is the equivalent of 13,043 parcels a week – or 1,863 a day.

IFAN expects the number to pass half a million before the end of the year, with demand continuing to rise and an anticipated spike expected in the run-up to Christmas.

The network surveyed 134 independent foodbanks about their activity in 2019 and during the pandemic, and received data from an additional 55 foodbanks from April. This represents less than a fifth of the 961 known independent foodbanks and does not include those run by the Trussell Trust – meaning the true scale of food poverty will be much higher.

Recent Trussell Trust figures showed its network of 1,300 centres distributed more than a million parcels in the six months to September.

The IFAN data shows that overall, 426,958 three-day food parcels were distributed between February and October by the 134 foodbanks – an 88% rise from last year.

The number of emergency food parcels given out soared during the first lockdown, before falling slightly over the summer.

In April and May there was a 156% and 155% rise in the number of food parcels distributed compared to the same months in 2019. This figure then dropped between July and September, but was still on average 70% higher than the same period last year.

Since October, demand has crept up again with foodbank managers anticipating a steep rise before Christmas as families struggle to meet additional costs.

Foodbanks are seeing more families needing help, including the newly unemployed and those on benefits who cannot afford essentials.

People who managed to keep afloat during the summer are now struggling to pay high energy bills that come with heating their homes, IFAN said. Foodbanks are also seeing people who have been struggling for some time but have resisted coming forward.

The most common reason for need was people’s benefits being insufficient to enable them to afford food, according to 51 organisations running 125 foodbanks which recorded reason of use.

In September, 92% of these foodbanks said this had affected 10 or more people who they had helped that month.

Some 63% of the foodbanks cited changes to existing benefits causing a delay to payments in at least 10 people helped that month, and 65% said demand was from people who are newly unemployed and waiting for Universal Credit.

There is also an increasing need among people who are living in poverty despite being employed. More than half (51%) of the foodbanks said this was a factor in at least 10 people they helped in September.

We have always been committed to supporting the lowest-paid families.

That’s why we have provided billions of welfare support this year, including the £170 million Covid Winter Grant Scheme to help children and families stay warm and well-fed during the coldest months, and a further £16 million funding for food distribution charities.

Charlotte White, manager of the Earlsfield foodbank in south-west London, said it is currently helping between 90-100 households per week, up from 20-25 this time last year. She said:

Of this increase, the majority are people who have never used food banks before and we’ve noticed a significant increase in households with children. Many people are coming to us because of delays or problems with benefits or Universal Credit, and we’re also seeing a big increase in people with low income – often zero-hour work.

We can give people food but food poverty is a symptom of the problem, not the cause. Until we tackle the underlying structural problems, the situation will worsen.

Independent food banks are picking up the pieces yet again as more and more people struggle to pay the bills. There needs to be a realisation that we cannot continue to provide an emergency response to a long-term crisis.

The Government’s £170 million funding has huge potential to support people through a ‘cash first’ approach and the provision of cash payments by local authorities instead of food bank referrals.

But ultimately it’s the social security system and the payment of adequate wages that need our attention to end food poverty for good.