Journalist gets fired from mainstream outlet for criticizing Israel, and it's not the first time - Canary 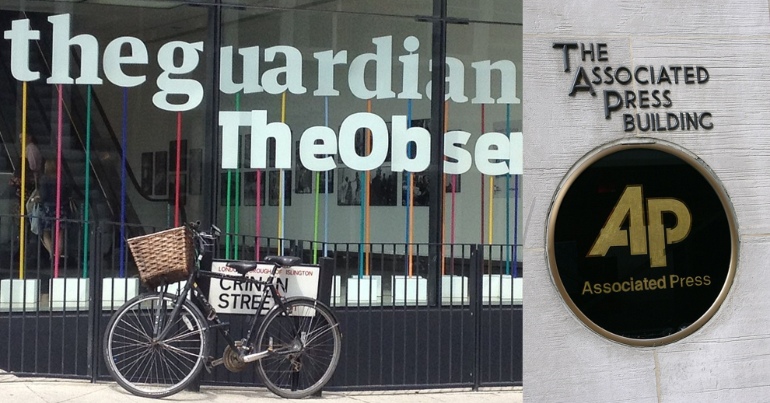 A journalist was recently fired from one of the largest and most well-known media organizations in the world over her criticism of Israel. We shouldn’t be surprised, though. This is hardly the first time and probably won’t be the last either given the last few years have seen multiple journalists lose their positions at mainstream media outlets following their criticism of Israel’s actions. And this highlights both these outlets’ increasing inability to cover the conflict in Palestine effectively and the need for independent media like The Canary to fill the gap in reporting that is left in the wake of that failure.

Fired for tweets made while a university student!

On 19 May, a reporter for the US-based newswire Associated Press was fired from her position for violating the company’s social media policy. Emily Wilder began working for the organization – which is the largest and oldest news agency/wire service in the US – just 16 days before her sacking. Reports say that the action was taken over Twitter posts she had made while a student at Stanford University in California. Wilder, who is herself Jewish, is said to have belonged to pro-Palestinian campus groups Jewish Voice for Peace and Students for Justice in Palestine while at Stanford.

Wilder has said that her sacking was prompted by a smear campaign launched by Stanford College Republicans, a right-wing student group at the university that described her on Twitter as an “anti-Israel agitator”. Far-right news outlets including Fox News and the Washington Free Beacon subsequently ran stories with headlines such as AP Hires Anti-Israel Activist as News Associate. AP’s Objectivity in Question Amid Revelations it Shared Office Space with Hamas.

Just ‘one victim’ among many

I am one victim to the asymmetrical enforcement of rules around objectivity and social media that has censored so many journalists – particularly Palestinian journalists and other journalists of color – before me.

“objectivity” feels fickle when the basic terms we use to report news implicitly stake a claim. using “israel” but never “palestine,” or “war” but not “siege and occupation” are political choices—yet media make those exact choices all the time without being flagged as biased

Wilder is correct that she is not the first person to have been sacked by a mainstream news outlet for criticizing the actions of the Israeli government. In February, the Guardian fired British-American journalist and academic Nathan J. Robinson over a purportedly “antisemitic” Twitter post about US military aid to Israel. The tweet suggested that there is a US law that every spending bill must include aid to Israel within its text in order to pass through Congress.

The Guardian demanding loyalty to Israel…

Not only was the comment clearly meant as sarcasm, Robinson even posted a disclaimer in a reply tweet making clear that no such law actually exists and that he was simply making a point about US aid to Israel. And given that this was when US lawmakers had given millions more to Israel right around the same time as it passed a miserly and insufficient coronavirus (Covid-19) relief bill, the tweet was making an important point about the US’s warped priorities – especially since Israel is already the largest cumulative recipient of US aid since World War II.

Nonetheless, he received an email from Guardian US’s editor in chief John Mulholland accusing him of both antisemitism and of spreading “fake news”. Mulholland demanded that Robinson immediately delete the tweet and apologize. He complied on both counts, apologizing specifically for “doing anything that could be construed as compromising the integrity of the paper”. Mulholland responded by thanking him for his “swift reply, and action” and indicated that the working relationship would continue. However, apparently, Robinson had been lied to. After a few weeks of his editor failing to respond to his pitches, his editor at the Guardian terminated his column following pressure from Mulholland and explained Robinson couldn’t pitch freelance articles either.

…and not for the first time

Writing in Common Dreams, Jonathan Cook, who had also fallen foul of the Guardian’s unwritten guidelines on Israel, was clear about its motivation:

The unspoken Guardian rule we broke was to suggest one of the following: that there might be inherent contradictions between Israel’s claim to be a democracy and its self-definition in exclusivist, chauvinist, ethnic terms; or that Israel’s self-declared status as a militaristic, ethnic, rather than civic, state might be connected to its continuing abuses and crimes against Palestinians; or that, because Israel wishes to conceal its ugly, anachronistic ethnic project, it and its defenders might act in bad faith; or that the US might be actively complicit in this ethnically inspired, colonial project to dispossess Palestinians.

Robinson, Cook, and Wilder are not the only ones to face dismissal for criticizing Israel either. In November 2018, CNN fired longtime contributor Marc Lamont Hill following comments he made during a speech at the United Nations. Hill, who is also a professor at Temple University in Philadelphia, had stated that he supports a “free Palestine from the river to the sea.” As was the case with Wilder, pro-Israel groups applied pressure to fire him and the right-wing media, including Fox News, put their weight behind the effort.

A tried and trusted tactic of pro-Israel groups

In an essay discussing his dismissal from the Guardian, Robinson described how this process works:

The Center for Constitutional Rights has shown that “Israel advocacy organizations, universities, government actors, and other institutions” have targeted pro-Palestinian activists with a number of tactics “including event cancellations, baseless legal complaints, administrative disciplinary actions, firings, and false and inflammatory accusations of terrorism and antisemitism” and concludes that there is a “Palestine exception to free speech.”

Clearly, mainstream media outlets like the Associated Press and the Guardian can’t be trusted to tell the truth about Israel’s crimes against the Palestinians and its increasing degeneration into an outright apartheid state. After all, how can they when they actively penalize their own staff for violating its ironclad commitment to shielding Israel and its US backers from criticism? A large responsibility, therefore, falls to independent media outlets like The Canary to push back against this organized effort to silence those who stand up for truth and Palestinian rights.