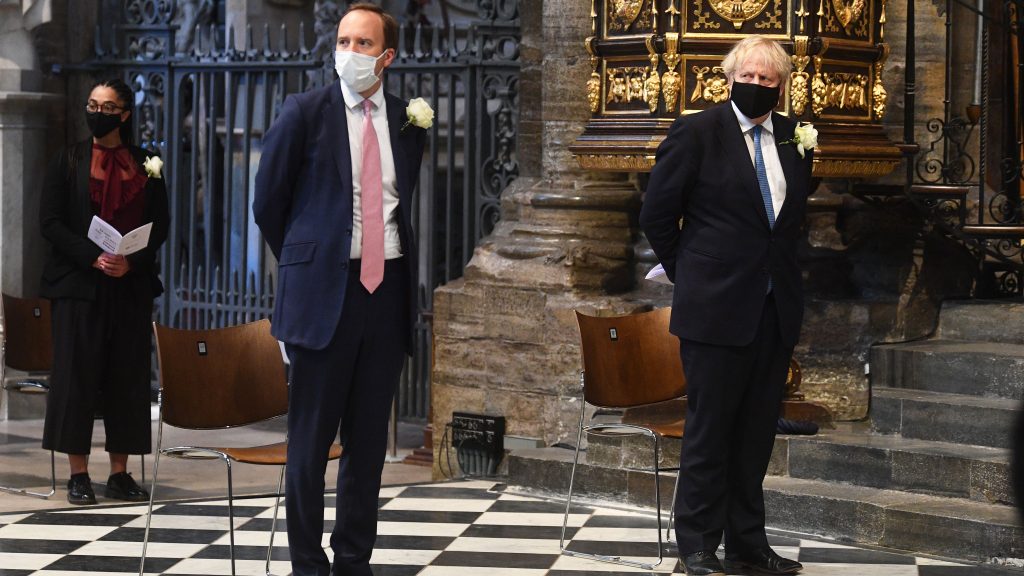 Unions piled pressure on the government following claims by Dominic Cummings, with one official saying the health secretary should be sacked unless he answers questions about his capacity to handle the job.

Unite and the GMB reacted with anger to the former adviser’s revelations, and stepped up calls for an urgent public inquiry into the handling of the crisis. Len McCluskey, general secretary of Unite, said:

From our factories to our warehouses, councils to hospitals, at ports, on public transport and in hospitality, Unite members have kept this country and our communities moving, and our people safe. Dozens of Unite members lost their lives on the pandemic front line. This is why we continue to demand an urgent public inquiry now, not when it suits the Prime Minister.

Next spring is not good enough.

The UK has suffered the largest death toll in Europe and the biggest hit among developed nations.

We warned last year that Matt Hancock failed to get a grip on the crisis. What’s clear now is that it’s not only us that felt this way, but the Prime Minister’s chief adviser had no faith in him and didn’t believe he told the truth on numerous occasions.

The revelation he was trying to shift blame for PPE shortages onto the NHS and the Treasury when in fact they were his own, show a distinct lack of taste and leadership. All the while GMB members in health and social care were fighting on the frontline, under-resourced and underprepared.

Some have even died from contracting the virus due to the lack of PPE.

There are big questions about Matt Hancock’s capacity to handle the job. Unless he answers them thoroughly, he’s unfit for office and should be sacked.

If he worked in any other industry, he probably already would have been.

Failures in planning, decision-making and accountability left nursing staff dangerously short of the protection they needed from the very beginning of the pandemic. But even today, we are continuing our demands for increased protection for health care workers as new variants emerge.

Hearing today’s proceedings will have been difficult for anyone who has lost a colleague, family member or friend to Covid-19.

We believe the formal public inquiry should be expedited as a matter of urgency.