It's not a war - it's a colonial occupation - Canary 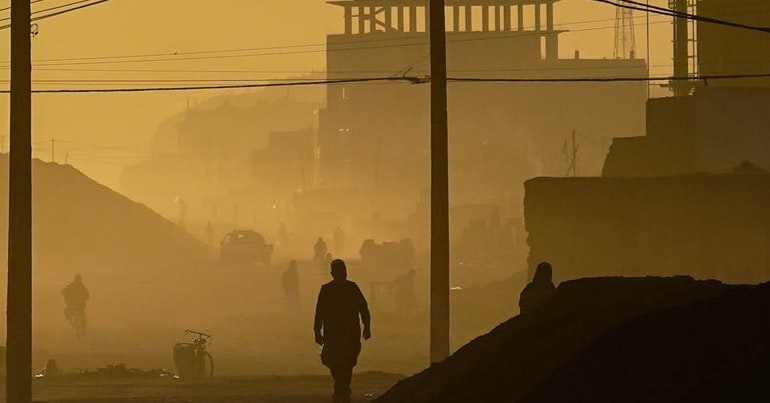 The war on Afghanistan has been anything but. It’s actually been a money grab for private security firms and arms traders. There’s been a grab at resources and infrastructure. Most importantly of all, it’s been a decimation of Afghan people.

And, really, there’s no reason to assume that these things won’t continue on the part of the West.

Understanding the war on terror

You can’t really understand Afghanistan without having, at the very least, the context of the last 20 years of the so-called ‘war on terror.’ 9/11 started a concerted campaign headed by the US that’s been the latest breeding ground of suspicion and surveillance against Muslims. The foreign policy of Western nations can’t be understood without this context – that’s how central it is to global politics.

It’s almost 20 years since 9/11, and 20 years of injustices have followed. The wars in Iraq and Afghanistan have seen these countries ransacked and gutted. Cultures, histories, and peoples have been decimated. Torture and abuse at Abu Ghraib. Illegal detainments in Guantánamo Bay. Surveillance of Muslim communities globally.

Point out a major Western nation, and you can point out foreign and domestic policy stitched together with a deadly suspicion trained at Islam and Muslims.

Historically, many nations around the world have had the British invade and then ‘leave’ at some stage. The last 20 years of the ‘war on terror’ are full of multiple instances where the British and the US have invaded and then left a country.

The latest instance has had the usual crowd of ex-soldiers, foreign policy ‘experts’, and other assorted whites offering up their opinions.

As usual, these opinions pay no attention to the colonial interests of invading militaries. The fact that the US left Afghanistan after 20 years and the Taliban took over in 10 days has been pointed to as a reason why the whole thing has been a failure. People have also pointed to how this means lots of soldiers died for nothing.

They didn’t die for nothing – they died to preserve Western interests (financial or otherwise). They died to allow the West to assert control over a region which has had more written about its women, culture, and religion than George W. Bush has done dodgy paintings in his retirement from being a war criminal.

These efforts in Afghanistan are about the West’s power and control over so-called developing nations. They’re about the West sustaining itself on the resources, people, and cultures of nations who’ve been outstripped by the machine of neoliberalism.

Despite what all those foreign policy experts are saying, there was only ever one desired outcome: a civilising mission that took centre stage while Western nations ransacked the place backstage.

Afghanistan was never invaded to save women. It was invaded to cement the identity of Western nations as civilised, peaceful, and freedom loving.

It was never about women. The endless pieces on Afghani women who skate, or the pictures of Afghani women in hijab – the cheap novels featuring heavily lined eyes staring out from a veil – all of these products exist to reinforce certain values. These values try to tell us that Afghani and Muslim women are backwards – other. Caught in the fantasy of aggressive and uncultured Brown men who control them, these women are just puppets for Western values.

White people in the West need to think of women halfway across the world as inferior, backwards, and repressed. We think we have it bad over here, but look over there! We could never be that oppressed! Let’s go and save them! By bombing them!

As usual, these types of views say more about colonisers than they do the colonised.

Which takes us to where we are now.

It’s little wonder that people are constantly wringing their hands in Britain about race relations, ethnicity, diversity, or multiculturalism. You can understand why British people as a society are so racially illiterate. Just like clockwork, there’ll be another moral panic about race. The same red-faced talking heads will froth at the mouth about political correctness gone mad. And so the cycle goes.

They simply don’t have the range to understand the weight of colonialism and the impact it has now.

Afghanistan is the latest version to be in British news cycles. All the discussion of refugees and heart-wrenchingly desperate people clinging to a moving plane has been set in motion by a decades-long campaign that has displaced millions of people.

This is who Britain is

These Western values are about world-building. It doesn’t matter if it’s documentaries, novels, images, or news media about Afghanistan. If it’s made in the West, it tells us more about the West than it does about Afghanistan.

Gargi Bhattacharyya, a sociologist who works on racial capitalism, writes:

As long as the great men believed their own stories, they felt justified in using violence to maintain their privilege; after all, this was the right and natural order. As long as the rest of the world believed at least some of the great men’s stories, they remained feeling sad and powerless, unable to imagine routes out of social structures which accorded them no value.

The very least the rest of the world can do is to imagine pathways out of the stifling narratives presented to us.