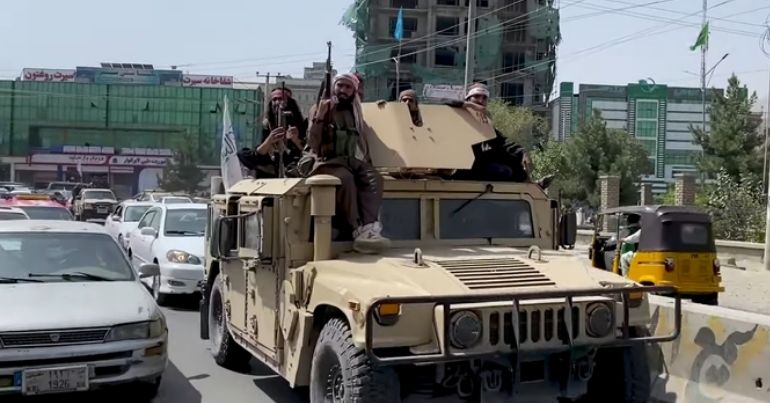 A Labour MP’s ISIS claim during the Commons Afghanistan debate has led to questions about her knowledge of the region. Stella Creasy, who is on the right of the party, was roundly attacked on social media. She’d played up the risk of the Taliban providing a “safe haven” for the militant group ISIS.

The debate followed the rapid collapse of the Afghan government in the face of a rapid Taliban advance. This collapse followed the withdrawal of the US military occupation which had held the regime together.

In her speech, Creasy said:

President Biden may not have spoken to other world leaders since the fall of Kabul, so I am pleased to hear that the Prime Minister is, because we need to get agreement, via the UN and NATO, that if the Taliban provide a safe haven for al-Qaeda or ISIS, we will not stand for it.

Twitter users were quick to pull her up about her words.

They pointed out that the Taliban and ISIS were, in fact, deadly enemies who have been at war for years. The rift was first reported in 2015 when a pro-ISIS splinter group in Zabul province got into a gun battle with conventional Taliban forces. Both sides took heavy casualties. The groups have been in conflict ever since. A fact which even a basic internet search will bring up.

Stella Creasy MP wading in, raising the prospect of the Taliban "harbouring ISIS" which seems unlikely, given they're actively fighting each other in Afghanistan and have been for over 5 years

Another described her take as “woeful”:

Here is Labour MP @stellacreasy suggesting that the Taliban must not provide a safe haven for "Al-Qaeda or ISIS." The Taliban have been at war with ISIS for 6 years. pic.twitter.com/mxwu44RT69

In the same speech, Creasy also used a version of a famous Afghan expression: “you may have the watches, but we have the time”.

She said the saying “reflects the speed with which the Taliban have acted”.

The phrase itself speaks to the slowness and patience of insurgents, and the vast technological differences between guerrilla and occupier – not the idea of a rapid advance as we have seen in Afghanistan in the last week.

One critic said as much:

Also found this gem from a little earlier in her speech where she seems to have completely misunderstood the meaning of "You have the watches, we have the time" pic.twitter.com/3mlZj94MMD

Creasy fired back at her critics by claiming she had not said what was recorded on Hansard and in the video of her speech on Twitter.

Perhaps if you consider yourself an activist lawyer you would bother to check the record as that’s not what I said at all @fahadansari …. https://t.co/iZkv5EBcUG

Creasy claimed she was being trolled. Apparently angered, she suggested that those who were questioning her couldn’t read. But Twitter users had zero time for that argument:

You're not being spammed. You sneered at a lawyer who commented on your lack of understanding of Afghan politics. You could have ignored, blocked or moved on. You chose not to.

Establishment politicians still don’t understand the region despite being there for the last 20 years. Something which remains true despite the decades-long military occupation which has come crashing down in a few short weeks.