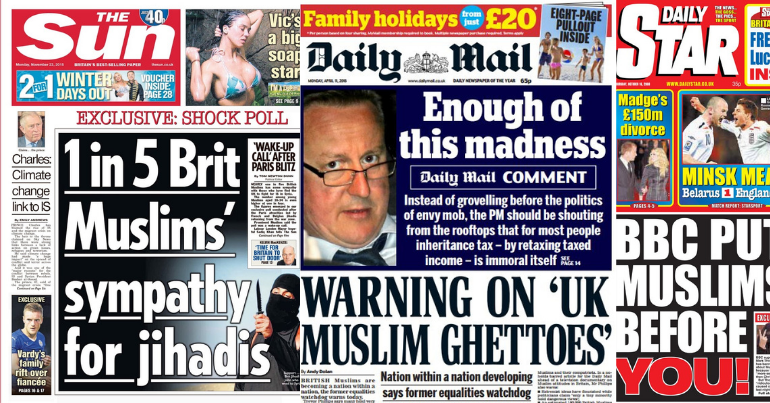 As we approach the 20th anniversary of 9/11, The Canary has partnered with advocacy organisation CAGE. The organisation’s International Witness Campaign is commemorating 20 years of the war on terror.

Along with over 50 other partners, we’ll be rolling out coverage and events over the next 5 months. They’ll look to critique and analyse the role of media outlets in enabling the war on terror to continue. Whilst recent months have seen the US withdrawal from Afghanistan (and the almost immediate takeover of the Taliban), this by no means signals the end of the war on terror.

War criminal George Bush famously declared a “war on terror” when a number of mostly Saudi nationals bombed the twin towers in 2001. This declaration of war on a concept has characterised the domestic and foreign policies of Western governments over the past two decades.

There’s plenty to focus on in this area – weapons of mass destruction that never existed; CIA torture and rendition; the continued operation of Guantánamo Bay; illegal wars. It’s unmistakeable that the war on terror has not been fought on battlefields alone. It’s also been played out in workplaces, schools, hospitals, and prisons. In other words, it’s been a war that’s about domination and control of Muslims in every possible arena.

As we look back over the past 20 years, one element that’s been instrumental in the course of the war on terror has been mainstream media. Public opinion has swayed over the years, and appetite for war has been sporadic. Many protestors came together to stop the wars in Iraq and Afghanistan. So much work has, and is, done to protest and resist Islamophobia. But much of this work has had to focus on repeated racism from the media.

A functioning news media industry should question power, not work in service of power. Unfortunately, that generally isn’t the case in British media, and it certainly isn’t the case when it comes to coverage of Muslims. Outlets across the political spectrum are guilty of fanning the flames of Islamophobia and racism. It’s no accident that the phrase “manufacturing consent” often pops up in these discussions. Domestic and foreign policy decisions don’t happen in isolation. They happen within the context of a range of media outlets that prop them up.

A 2018 report from the Centre for Media Monitoring found:

The Muslim Council of Britain has a running tally of misrepresentation and outright hostility towards Muslims. The need for such reports and initiatives has come from domination of the media landscape by the same, few wealthy voices. Their wealth has brought them their connections. This, in turn, equips them to dominate propaganda about Muslims.

The portrayal of Islam and Muslims in the British press has been the most difficult issue facing the press watchdog in the past five years.

I don’t quote these reports and statistics to give legitimacy to the problem I’m describing. The fact that even white-dominated organisations like IPSO are noticing these trends tells us the scale of the issue. Muslims have intimate knowledge of how the media has used fear to whip up a public frenzy against them. And governments have instrumentalised this frenzy to push through their actions in the war on terror.

At this stage it’s almost pointless to offer up headlines and front pages to describe the media’s complicity. It’s become so ingrained in British culture that it’s now part of the fabric of this country. Governments may well have declared the war on terror, but it’s been the media that has kept the war drum beating.

Far from challenging the vulgar stereotypes circulated in the media, the academic experts on Islam are… status symbols of relevant authority on Islam, and also dependent on the whole system constituting and legitimating their function within it: and it is this system which the media, in their reliance upon stereotypes based on fear and ignorance, reflect.

Whilst Said was discussing academics, the pattern of thinking he describes is also relevant for journalists. Mainstream media is full of white people who have no experience, relevance, or expertise to speak on Islamophobia or racism. And yet, they have the loudest voices and largest platforms. They peddle ill-disguised support for government policies which seek to make all Muslims the target of increased securitisation and suspicion.

Some journalists have neutralised their own capacity for critique in order to serve as cogs in the machinery of war that they uphold. They rely on stereotypes that keep the wheels of fear and ignorance turning. It’s not in their interests to question power, no matter how many Muslims are scapegoated, tortured, surveilled, or abused.

Even in the 80s, well before 9/11, Said warned about the dangers of media outlets misrepresenting and obscuring power:

Underlying every interpretation of other cultures–especially of Islam–is the choice facing the individual scholar or intellectual: whether to put intellect at the service of power or at the service of criticism, community, and moral sense.