After 9/11, I was kidnapped, imprisoned, tortured, then 'released' - but I have hope - Canary 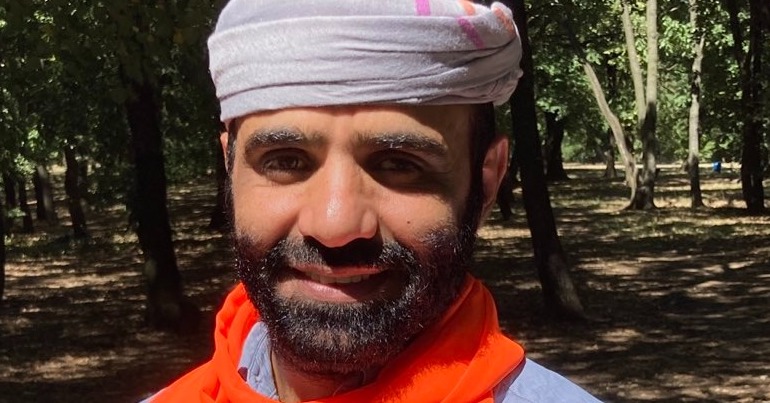 The first time I heard about 9/11 was on the radio at a restaurant in Afghanistan, where I was working as a research assistant. I wasn’t following any news, and at that time in Afghanistan there was no TV or internet. People used radios to listen to the outside world.

I’m from Yemen, and I couldn’t imagine a skyscraper 110 floors tall. In fact, it was the first time I heard that such buildings even existed. The tallest building in Sana’a was 25 floors — that was a skyscraper by Yemeni standards.

At that time, Afghanistan was a mix of a lot of the past and a little of the present, mostly represented by cars. The land, damaged buildings, scraps of war machines that harvested countless lives, and general destruction and casualties already told a brutal and sad tale of Afghanistan’s past and what would shape its future.

When I heard on the radio that airplanes had flown into buildings in the United States, I couldn’t fully grasp the magnitude of the attack, what it meant, or how many victims there would be. The United States was all the way around the world and didn’t have anything to do with me.

Most Afghan people, along with the foreigners who lived in Afghanistan, had no idea what had happened either. Life continued as usual, until suddenly word got out that a Saudi charity organisation that worked in Afghanistan had received instructions to immediately liquidate and distribute everything it had then leave.

My friend was working for the organisation so I agreed to help him and take some aid, logistics, and medicine to a nearby hospital. We then planned to leave Afghanistan in the organisation’s car.

It never once crossed my mind that 9/11 would impact me. I was 18 years old and traveling outside of Yemen for the first time. I knew very little about the West. I didn’t really know the difference between the United States and the United Nations.

My dream was simply to finish my mission, get back to Yemen, and leave to one of the Gulf countries to finish my education and work there.

Classified by the government

Instead, I was kidnapped in Afghanistan and sold to the Americans. They said I was an “Al Qaeda general”, and the United States government classified me as an “Al Qaeda commander” and a “9/11 insider”.

I don’t consider myself any different from the many Muslims around the world who must live under the war on terror. But I do consider myself fortunate compared to those who have lost their lives, lost their families, or lost their limbs as collateral damage in ground wars, air strikes, and drone strikes.

I was tortured and imprisoned for almost half of my life at Guantanamo and my life changed forever. I still live with the stigma of Guantanamo. And this past hinders my daily life in Serbia, where I have been placed in the detainee “resettlement” programme, and where I am still treated as a terrorist even though I have been cleared of any crime.

But I appreciate that I’m alive.

9/11 was a turning point in history. It accelerated the war on Islam and Muslims and on those who understand or sympathise with us. For the last two decades, we have faced state-sponsored crimes against us in the name of the war on terror.

9/11 was also presented as the beginning of history. But people forget that the United States was deeply involved in what happened in Afghanistan in the 1980s. There it paid Muslims to fight a proxy war against the Soviet Union which helped lead to its downfall.

The current US policy towards Muslims and Islam leaves an especially bitter taste if you realise that, thanks to Muslims, the US won against the Soviets in Afghanistan without a single American life being lost.

9/11 was a product of United States foreign policy and a long-standing conflict between the US and al-Qaeda. But it has been employed and misused against Muslims more broadly all over the world.

It served as a framework which has enabled countless senseless deaths, and US and NATO invasion and aggression in Afghanistan, Iraq, and other parts of the Middle East and Asia, as well as across Africa.

It has also been waged against Muslims who live in the United States, UK, and Europe. This has been done through counter-extremism and counter-terrorism policies that profile people based on their religion and undermine justice.

But despite what I see, and what I’ve been through as a result of 9/11, I still believe in justice.

The innocent people whose lives were lost on 9/11, and their families, deserve justice. I don’t think that the 9/11 victims or their families would approve of the killing, kidnapping, and torture of people around the world that has followed from an already terrible event.

In fact, I don’t think any member of the 9/11 families would want other innocent people to suffer and to experience the pain they felt from having a loved one taken from them in such an unjust way. I imagine the first responders, the firefighters, the police officers, the medics, and all the others who were lost on 9/11 would not support the distortion of justice, the sacrificing of values, and the taking of innocent lives to be done in their names.

Let us remember that those who lost their lives on 9/11 and their families are not the only victims of 9/11. Over a period of twenty years, there are now victims in Afghanistan, Iraq, Yemen, Guantanamo, and many countries around the world. Countless people have suffered silently at the loss of innocent lives. They experience untold 9/11s every single day, with no country to defend them or media to cover their stories. They deserve justice too.

To that end, I’ve recently joined CAGE in its global campaign to do exactly that. The International Witness Campaign, which I’m proud to support, will aim to ask the questions that we must answer: how do we truly arrive at justice?

Every single life is sacred. I pray every day for justice and peace for all humanity.