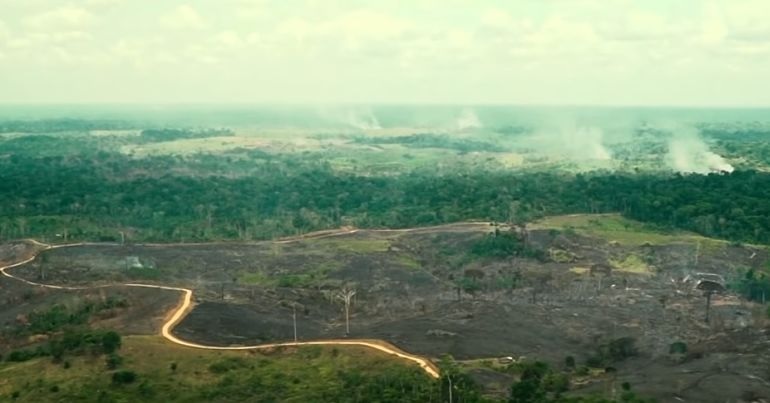 A major global conservation summit is recently concluded in Marseille, France. And for the first time in the history of the International Union for Conservation of Nature (IUCN), indigenous peoples organisations have been at the table for its days-long congress.

By securing the passing of a historic motion to protect the Amazon, these organisations have wasted no time in showing the world what it was missing by not making them full voting members sooner.

Time is of the essence

One of the groups involved is the Congress of Indigenous Organisations of the Amazon River Basin (COICA). COICA submitted a motion to the Congress regarding protection of the Amazon. It aims to avoid “the point of no return” in the rainforest. The motion passed on 10 September:

A point of no return for the Amazon would be when damage seriously risks it becoming a non-forest ecosystem. It’s essentially the point whereby the rainforest has suffered such pressure that it’s no longer able to sustain or regenerate itself. One study calculated that the level of deforestation necessary to hit this tipping point is 20-25%. This would “flip” the Amazon system into “non­ forest ecosystems in eastern, southern and central Amazonia”. Deforestation in the Amazon is currently at around 18%.

The motion stated that “over half of the Amazon Basin is subject to some kind of pressure”, particularly destruction linked to extractive activities. It further highlighted that:

during the 2020 pandemic, at least 2.3 million hectares of primary forest were lost in nine countries in the Amazon Basin, which means a 17% increase in deforestation compared to 2019

Meanwhile, a study released in July linked deforestation in parts of the Brazilian Amazon to changes in weather in the dry season. NOAA Research reported that these factors combined are “turning what was once a forest that absorbed carbon dioxide into a source of planet-warming carbon dioxide emissions”.

The motion also noted that in 2007 the WWF predicted that destructive activities – such as logging, agriculture, fire, and drought – could clear or severely damage over half of the Amazon by 2030. To avoid such a catastrophe, COICA’s motion called for the IUCN to get behind the target of protecting and conserving “at least 80% of the Amazon by 2025“.

To achieve this target, COICA requested that state and governmental Assembly members “promote efforts to restore at least half of the degraded forest areas” in the basin by 2025. It also called on these members to establish a moratorium on industrial activities in the Amazon’s primary forests.

Critically, the motion also called for the empowerment and protection of the Amazon’s indigenous peoples. It suggested this is possible if state actors fully recognise indigenous peoples’ ancestral land and territories and allow them and local communities to “govern and administer new protected areas”. State actors also need to ensure that these communities directly receive the necessary financing to “conserve and sustainably manage their territories”, the motion said.

Earlier this year, the UN released a report that showed indigenous peoples in Latin America outstrip others by a mile in terms of forest protection. Deforestation rates in the region were up to 50% lower on indigenous peoples’ land. Indeed, although they make up less than 5% of the global human population, indigenous peoples protect 80% of the world’s biodiversity.

Meanwhile, a more recent report by the Indigenous Environmental Network and Oil Change International shows how effective indigenous peoples are at halting destructive activities. It calculated what indigenous resistance against major fossil fuel projects has effectively saved in CO2 emissions. Specifically, the savings relate to the emissions of what the involved indigenous peoples call Turtle Island (North America). The report asserted that so far successful resistance has halted the equivalent of 12% of Turtle Island’s annual CO2 emissions, and if they win ongoing fights that could increase to 24%:

As COICA’s motion noted, indigenous environmental defenders are “consistently killed for protecting their territories and their livelihoods”. Of the 212 people who died in 2019 while defending land and the environment, 40% were indigenous. Governmental attempts at land dispossession are a major threat to indigenous peoples too, and currently the subject of a highly consequential supreme court case in Brazil. As such, empowering indigenous communities is an urgent human rights issue. And protecting indigenous peoples can, in turn, safeguard vital ecosystems like the Amazon.

In short, the motion should really have been a no-brainer for state and governmental representatives in the IUCN – it is the right way to go on both human rights and environmental grounds. Despite this, only 56% of these IUCN members supported the motion, with 38% of state members abstaining. In contrast, 95% of civil and indigenous organisation members voted in support of it.

Shame on those states that didn’t back this historic plan to save the Amazon. Thankfully, though, for the world at large, their choice not to do the right thing didn’t stop the motion going through.