Damning report shows our police force is beyond reform. It's time to look at alternatives. - Canary 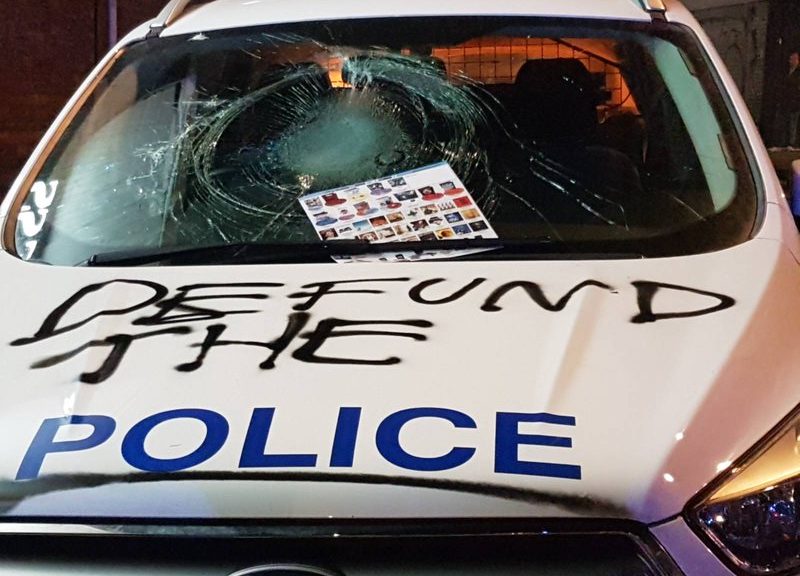 A culture of misogyny and predatory behaviour is “prevalent” in many police forces across England and Wales, and fuelled by lax vetting standards, according to a report by His Majesty’s Inspector of Constabulary (HMIC).

Inspectors found cases where incidents such as indecent exposure were dismissed as a “one-off”, and where applicants with links to “extensive criminality” in their families had been hired.
The findings of the report won’t come as a surprise to anyone who faces the brunt of this behaviour every day, and especially those from marginalised and working class communities. But it does show that our police force is beyond reform, and we need to start looking at alternatives to our current policing model.

systemic failings, missed opportunities, and a generally inadequate approach to the setting and maintenance of standards in the police service.

It further stated that:

over the last three or four years, the number of people recruited over whom we would raise significant questions is certainly in the hundreds, if not low thousands.

Our vetting file review showed that forces had found language and comments on social media, attributable to vetting applicants, that were potentially discriminatory, inflammatory, or extremist.

HMIC’s Matt Parr said that “it is too easy for the wrong people to both join and stay in the police” and that there were “significant questions” over the recruitment of thousands of officers.

However as Kevin Blowe from the Network for Police Montioring pointed out, it’s hardly surprising that police recruitment attracts the wrong type of people:

"so what was it that attracted you to conservative, racist, misogynist institution that holds the monopoly on state violence and yet whose members constantly celebrate their victimhood in the face of a public they despise for never understanding them?"

Time for a different approach

Report after report has exposed the institutionalised racism and misogny at the heart of UK policing. We should no longer be shocked or surprised with these findings. We should be taking action to do things differently.

Time and again we hear promises of reform. Following this report, the Met tweeted that it would be “ruthless in ridding the Met of those who corrupt our integrity”.

This is not good enough. As Sisters Uncut tweeted, “They had their chance to reform”:

This will surprise no one who has been paying attention.

The Met was founded 200 years ago. They had their chance to reform. Time to abolish.https://t.co/Ao7NtpZoPl

As the Canary‘s Sophia Purdy-Moore wrote after the Met was put into special measures:

It’s undeniable that the Met is institutionally corrupt, racist, misogynistic, and violent. HMIC’s findings present an opportunity to reconsider the role of police in our society, and to move towards systems and strategies that actually work to make the world a safer place.

This begins with investment in and the empowerment of communities, not the police. We need strategies that actively prevent harm from occurring, and foster accountability when it does.

Our police force is rotten to the core. The problems are systemic, and this report is yet further proof that the police do not keep us safe. It’s time to stop talking about reform. Instead, let’s look at ways to defund the police and fund services and actions that benefit our communities rather than perpetuating the violence, racism and misogyny marlignalised communities face on a daily basis.