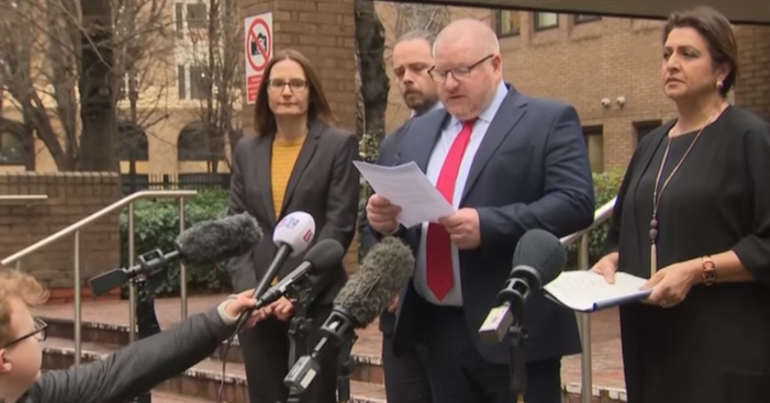 A Metropolitan Police officer has pleaded guilty to at least 29 sexual offences, including 14 rape charges. David Carrick was an armed police officer, serving in the parliamentary and diplomatic protection command. He joined the Met in 2001 after leaving the army, and his attacks span a period of 18 years. The police force admitted that there are likely to be more victims who are too scared to come forward, and other women who couldn’t face the ordeal of a trial. Carrick used his position in the police to terrify women into staying silent.

Inaction by the Met over Carrick

The Met suspended Carrick in October 2021. However, Sky News has reported that:

the Met Police confirmed Carrick “had come to the attention of the Met and other forces on nine occasions prior to October 2021” but had not been charged over those allegations against him.

They included allegations of rape, domestic violence, and harassment between 2000 and 2021.

We should have spotted his pattern of abusive behaviour and because we didn’t, we missed opportunities to remove him from the organisation.

This shows, once again, how disgustingly misogynist the Metropolitan Police is. It has such little regard for women’s safety that it ignored multiple complaints, and rewarded Carrick by promoting him up the ranks into an elite armed unit.

It is hardly surprising that one of the worst sex offenders in Britain could be allowed to thrive in the Metropolitan Police. The Canary has extensively reported on the rampant misogyny in the Met. It took the brutal murder of Sarah Everard for the Met to announce that it would investigate all cases of sexual misconduct or domestic abuse allegations against its officers. Sarah was kidnapped, raped, and murdered by then-serving Metropolitan Police officer, Wayne Couzens, in March 2021. He even remained an officer after police arrested him that month, and was only sacked in July, over a month after he pleaded guilty to kidnapping and raping her.

Just months after Sarah’s murder, Cressida Dick – who was then the Metropolitan Police Commissioner – was accused of “presiding over a culture of incompetence and cover-up”. Dick resigned in April 2022 after she was criticised for her handling of racist, misogynist, and homophobic messages shared by a group of officers based at Charing Cross police station. The men sent WhatsApp and Facebook messages to each other, making multiple references to rape and violence against women. One officer was even referred to as “mcrapey raperson” because of rumours that he had brought a woman to a police station to have sex with her.

It’s also important not to forget the Met’s handling of the murders of sisters Bibaa Henry and Nicole Smallman, who were stabbed to death in a park in Wembley in June 2020. Their family had to search for the women themselves after the Met didn’t immediately respond to their calls for help. When the police did finally turn up, officers took selfies of themselves next to Bibaa and Nicole’s dead bodies. Their mother, Mina Smallman, said at the time:

Thousands of women have been murdered or abused by the police

In 2021, a report found that at least 194 women have been murdered by the police and prison system in England and Wales. In 2022, freedom of information requests from the Bureau of Investigative Journalism found that 82% of police officers who were accused of domestic abuse kept their jobs. The Guardian reported that:

1,080 out of 1,319 police officers and staff who were reported for alleged domestic abuse during a three-year period were still working.

The conviction rate of police officers and staff for domestic abuse is 3.4%, lower than the 6.3% in the general population.

This being the case, it’s little consolation when the Met yet again sheds crocodile tears, apologising that one of its elite officers, Carrick, has been raping women for two decades. Gray said:

We are truly sorry that being able to continue to use his role as a police officer may have prolonged the suffering of his victims.

The Met will go on looking after their own, thriving on a culture of violence, racism, and misogyny. Its officers will, no doubt, continue to abuse and terrify women. These officers will be loose on the streets, arresting and traumatising women, children and Black communities with brutal and humilitating strip searches, while their undercover police officers will continue to invade women’s lives.

Meanwhile, the state will continue to play its part, having passed a succession of new laws giving some of the country’s most violent men – police officers – inexhaustible new powers.

The Met will start the process of sacking Carrick on Tuesday 17 January. Far too little, too late.