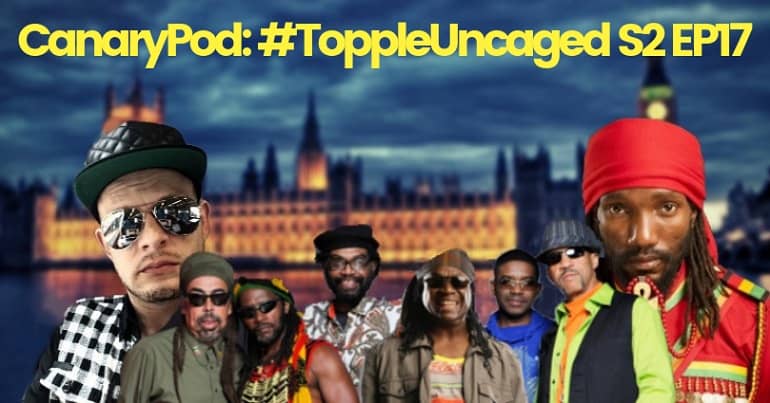 This week it’s an end of summer music special! My guests? Groundbreaking legends Third World and one of the hottest artists on the planet, Kabaka Pyramid.

The DWP has admitted 21,000 people died waiting for benefits

You’re Not The Only One by Third World featuring Damian ‘Jr Gong’ Marley via Ghetto Youths International:

Download More Work To Be Done on your preferred platform here.

Read more about the band and also Pauze Radio’s piece on the late Bunny Rugs.

WELL? #Prorogation? #AmazonFires? Or…???
REPLY TO THIS TWEET & I'LL READ THEM OUT ON SUNDAY⬇️RT PLS pic.twitter.com/m5no1Hju5O

Petition: Justice for Jodey Whiting. Independent inquiry into deaths linked to the DWP

Read more about him.

God Save The Queen via WHD Studios.

Boris Johnson asks Queen to suspend Parliament via the Telegraph.

Up Against the Wall by The Tom Robinson Band via Bert van der Waal van Dijk.

I Spy by Krept and Konan featuring Headie One and K-Trap.

Now That We’ve Found Love by Third World via TIMMOFUNK.