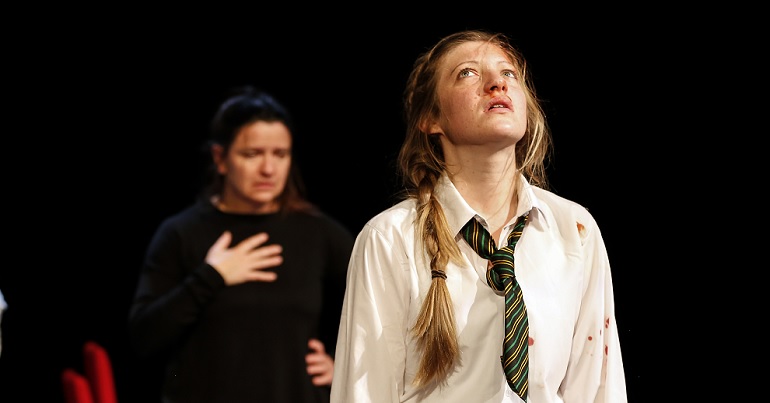 One of acclaimed director Ken Loach’s most well-known films is Cathy Come Home. Now, a theatre company has turned it into a political ballad for the 21st century.

Cathy, by theatre company Cardboard Citizens, premiered in London in October 2016. It then toured theatres, prisons and hostels around the UK before running at the 2017 Edinburgh Fringe festival. Now, due to popular demand, it’s in the midst of another UK tour, and will be staged at the Soho Theatre in London between 27 March and 14 April. So The Canary caught up with Cardboard Citizens’ artistic director Adrian Jackson to discuss why it was time for Cathy to come home, again.

The play recounts the story of Cathy for the modern age. Based on true stories, it explores the impact of spiralling social housing costs, gentrification and the challenges of forced relocation through the story of one family’s struggle. Jackson told The Canary:

Cathy is a completely new work – rather than reimagining Cathy Comes Home, it takes that play as its inspiration, and asks the question, how would a Cathy be treated in this day and age? In Ken Loach’s original, Cathy’s version of family is shattered, ending with the brutal removal of her children at a railway station. We asked our correspondents, people interviewed as part of the research process, could this happen now? We hoped the answer would be ‘No’ – but sadly similar versions of brutality continue to exist, even if they are rather more dressed up in procedures and protocols. The end result seems to be the same: a viable family is broken up by the pressures of homelessness. So, unfortunately, as Ken Loach himself commented, the problem is still with us, and is at least as bad and painful in its effects. 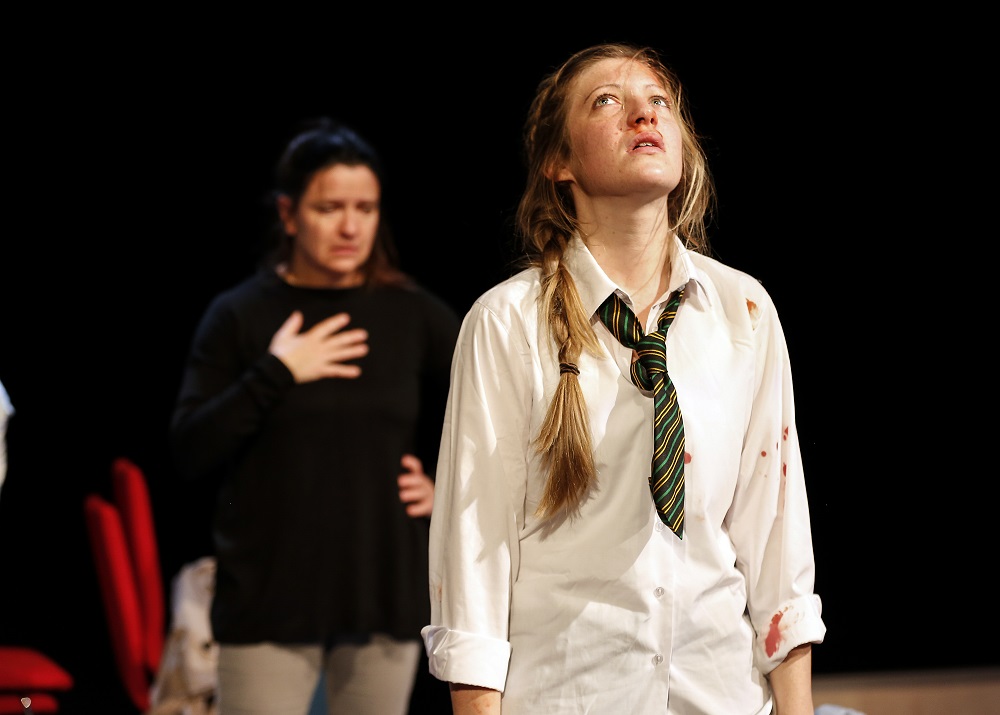 The first act of Cathy explores the family’s situation and charts their harrowing experiences. But in an interesting move, Cardboard Citizens uses the second half to employ a method known as the Forum Theatre technique. As the website Drama Resource noted the technique was:

pioneered by Brazilian radical Augusto Boal. A play or scene, usually indicating some kind of oppression, is shown twice. During the replay, any member of the audience (‘spect-actor’) is allowed to shout ‘Stop!’, step forward and take the place of one of the oppressed characters, showing how they could change the situation to enable a different outcome. Several alternatives may be explored by different spect-actors. The other actors remain in character, improvising their responses. A facilitator (Joker) is necessary to enable communication between the players and the audience.

The strategy breaks through the barrier between performers and audience, putting them on an equal footing. It enables participants to try out courses of action which could be applicable to their everyday lives. 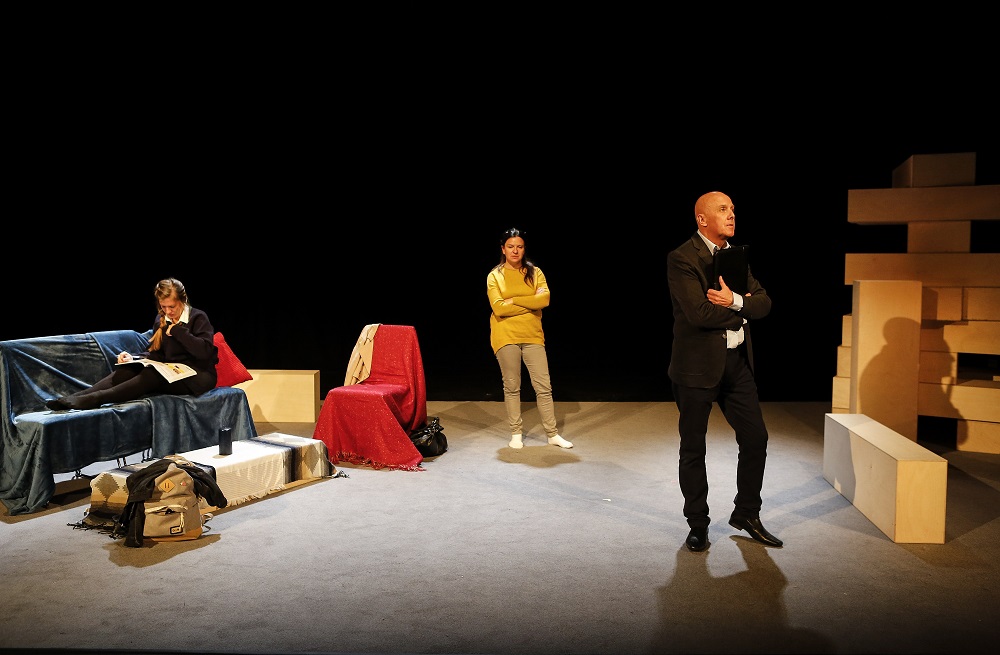 Jackson says that the Forum technique provides a pertinent opportunity in the play for the audience to “consider whether if they were to be in Cathy’s shoes at some point in their lives, whether there might be different options for resistance they could take”. But, as Boal intended, it is used during Cathy to also try and effect political and social change. Jackson told The Canary:

In our last tour of the production, at the end of the evening we also invited our audiences to suggest laws they thought could improve the lot of Cathy and others like her – in this way, we collected some 500 suggestions, which we then boiled down to a top five laws which we presented at the House of Lords in November, after an abbreviated performance of the play. As a company, we believe fundamentally in theatre as a tool for personal, political and social change. We never preach to our audiences, we have no agenda beyond whatever discussion is thrown up by our productions – we simply provide a vital space for debate in a world where little true dialogue exists. 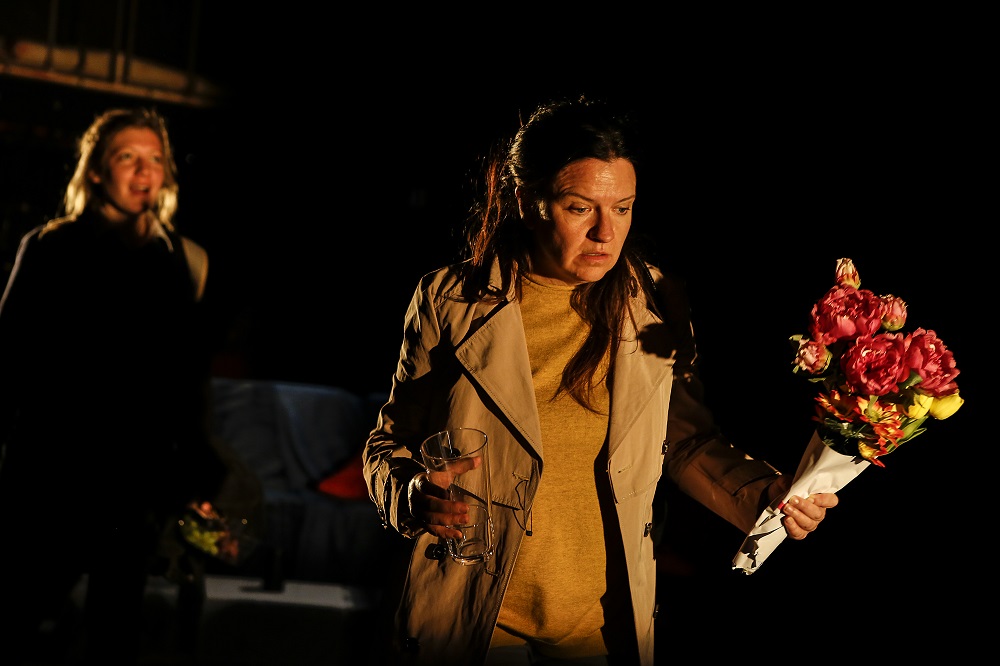 Many would say that social and political change is needed now, especially in relation to housing. Between 2010 and 2017 the number of rough sleepers rose by 169%. As The Canary previously reported, as of 30 September 2017, the number of households in temporary accommodation was 79,190. This was a 65% increase on the low of 48,010 on 31 December 2010 and the highest it’s been since 2007. And the number of families with children in temporary accommodation was the highest it’s been since 2008.

Jackson believes that while Cathy “presents a snapshot of one part of the housing crisis”, there are “multiple causes” of homelessness and rough sleeping:

Cathy specifically shows the experiences of a woman made homeless by the termination of a private rental agreement. Research suggests that this is the single most common cause of statutory homelessness at the moment. There are of course multiple causes for the current homelessness crisis, which include gentrification, social care issues and the lack of rights for renters, but the single most obvious element is the lack of social housing.

He also says that, with regards to social housing, the UK has effectively regressed:

When Ken Loach and Jeremy Sandford made Cathy Come Home councils were still building housing, and council housing was considered a normal path for all sorts of working class folk. Now not only has there been no significant construction of council houses for the best part of 20 years, but it has been re-categorised as housing of last resort. The large proportion of the social housing jigsaw has been devolved by successive governments to housing associations, which in turn have become vast operations with the look and feel of private corporations (however good some of them may be). 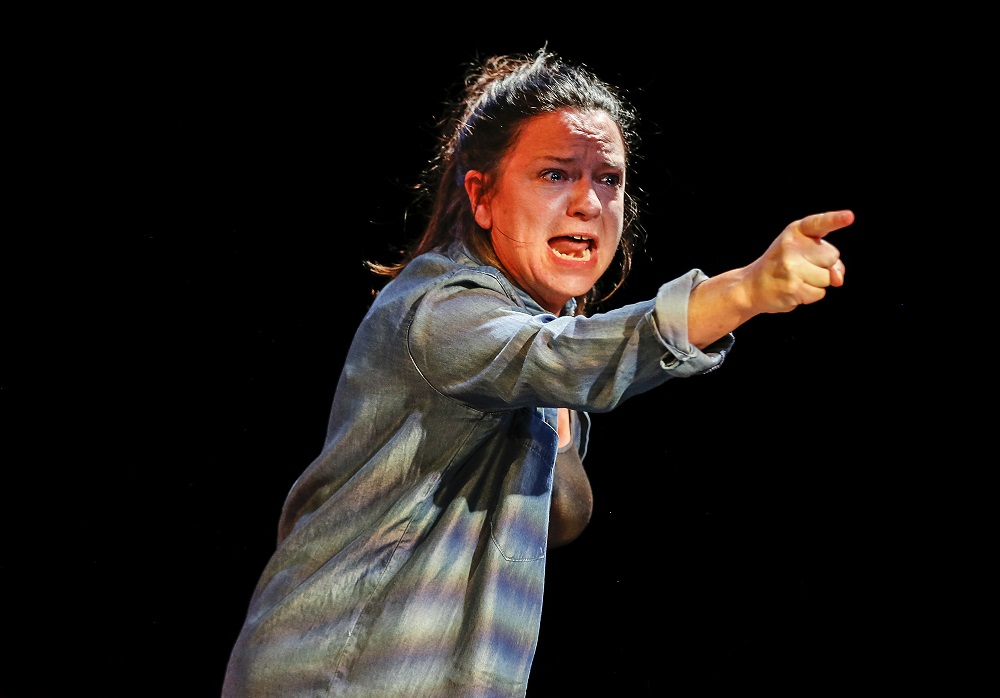 And Jackson has some sobering thoughts on the Grenfell tragedy:

The tragedy of Grenfell has brought home to the political classes, as nothing before, the parlous state of the housing stock and the carelessness with which it has been managed for many years; the resilience and bravery of the Grenfell community in their fight for justice has perhaps also reminded people that true communities exist in these estates and that those communities are valued by the residents and should be valued by the rest of us.

Cathy is a powerful piece of political theatre. Loach’s original film was compelling and devastating in equal measure, and Cathy lives up to these precedents. An emotional, raw ballad of moving relevance, the show is brutally honest with the audience, and allows them to put themselves in Cathy’s shoes. Jackson said that accompanying the tour of Cathy is the launch of Cardboard Citizens’ own campaign to promote social change, which is called ‘Citizens Do’. And he hopes that after seeing Cathy, people will.

– Find out more about Cardboard Citizens and book tickets for Cathy.