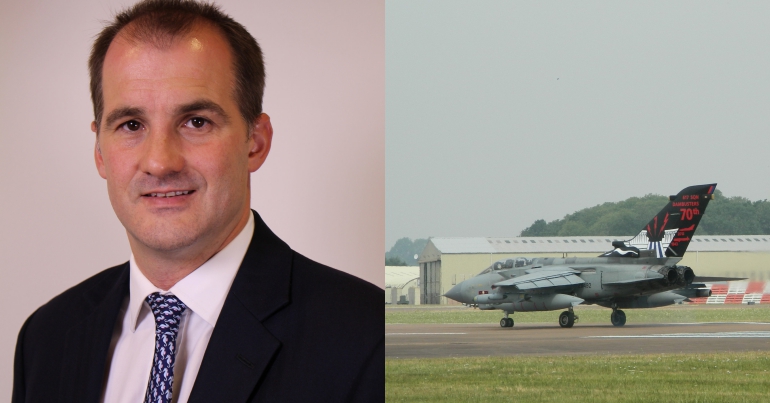 Jake Berry, minister for the Northern Powerhouse, took to Twitter for a bizarre rant against artists after BAE Systems pulled out of sponsoring “the biggest event in England this year”.

As The Canary previously reported, The Great Exhibition of the North was facing pressure after a number of artists pulled out or threatened to pull out over its sponsorship with the arms dealer. But campaigners celebrated when the company announced it was withdrawing its sponsorship.

Berry, however, wasn’t happy about this. He tweeted:

This is an absolute disgrace. What these subsidy addicted artists need to realise is that it is the 18000 BAE workers in the North who pay the taxes that support them. https://t.co/W7CmFUibK1

But it soon became clear that no one had a clue what he meant about “subsidy addicted artists”. As many pointed out, artists do pay tax:

Artists pay taxes too! and I'd certainly like to know where all this subsidy is you speak of? I think the issue people (and not just artists) had, was to do with ethics rather than money.

Cuts to the arts budget have ensured that few artists have a stable income, let alone being 'subsidy addicted'. 1/2

UNICEF reported in December 2017 that more than 5,000 children have been killed or injured in Yemen since the conflict began in March 2015. Cholera and acute diarrhoea have affected over a million people and over seven million people are at risk of famine.

And this was a point that Twitter users pointed out to the minister:

Yes. And who gives a shit about some Yemeni children being bombed into oblivion with BAE manufactured weapons anyway?

What YOU need to realise is that blood money is only attractive to those with the ethics of a half starved pole cat in heat you piece of Tory dung!

Your comments are a disgrace! I , like 100,000s of other northern taxpayers don't want BAE's money! The people have spoken; get over it!

BAE Systems’ withdrawal is a massive victory for the artists who spoke out and all those who campaigned against the sponsorship. The culture of dodgy companies gaining legitimacy through sponsoring cultural events needs to stop. This case shows what can be achieved when people apply pressure and refuse to be co-opted to their agenda.

The tide is turning. The people are speaking. BAE Systems is not arming people in our names.