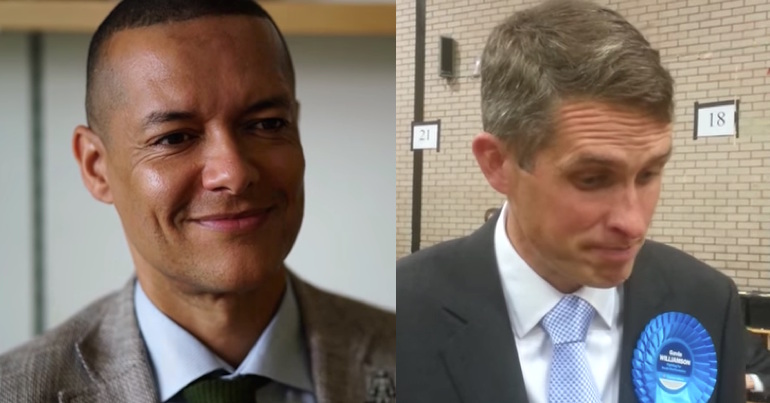 Defence secretary Gavin Williamson is apparently concerned that his local council is cutting some of its bus services. So the Conservative MP for South Staffordshire has started a petition to encourage others to join his opposition to Staffordshire County Council’s decision. But as Labour’s Clive Lewis points out, this reeks of hypocrisy.

The true hypocrite is the one who ceases to perceive his deception, the one who lies with sincerity. #AusterityNimbyism https://t.co/O7kJTgNoHO

Lewis, Labour MP for Norwich South, invented a new hashtag to sum up what’s wrong with Williamson’s petition. Nimbyism refers to the acronym NIMBY, which stands for ‘Not in My Back Yard’. Williamson is a senior minister in a government that is pushing austerity. Yet when austerity affects services in his own constituency, then it’s a problem.

Many Twitter users were quick to point this out:

Oh for FFS. Make the connection . Its called austerity. Up and down the land councils of all political hues are having to do the same because of Tory Central Government policy. I've worked in local government for 3 decades. We 're now down to bare bones & statutory services only

Aren't 'you' responsible for this somewhat?

is that because of all the cuts made to councils by the @Conservatives was the council unable to justify an even bigger hike in council tax?

Or maybe do your job as a MP and get more funding, as opposed to a mindless petition?

Others enjoyed Lewis’s hashtag to describe the phenomenon:

The effect of Tory austerity on local councils

Last year, the Local Government Association (LGA) warned that there would be further cuts to council funding over the next couple years. And it blames the government’s policy of austerity:

The LGA said councils, which have already experienced unprecedented funding cuts since 2010, will see their central government funding further cut by £2.7 billion between 2018/19 and 2019/20 – a 54 per cent reduction. Almost half of all councils – 168 districts, counties, unitaries and London boroughs – will no longer receive a penny of this government funding by 2019/20. Instead, they will actually have to give some extra business rates income back to the Government.

In response, the LGA called on the government to increase funding to councils, as:

this is the only way to avoid councils reaching a financial breaking point which will threaten the existence of some local services by 2020.

As previously reported at The Canary, the government has cut budgets for local authorities by 38% since coming into power in 2010. Labour’s John McDonnell said:

If you ever wanted to see the utter failure of this government, look no further than your local council. Many are struggling to maintain many basic services because they are being forced to pass on Tory cuts.

There needs to be an urgent change of direction in local government funding in this country. We need to see an end to a situation whereby Tory governments are using local councils like human shields as they continue to drive ahead with their failed austerity agenda.

No matter how hard he tries, Gavin Williamson cannot hide from the fact that he sits round the Cabinet table with the Prime Minister every week deciding where cuts falls. The people of South Staffordshire will not be treated as fools this way.

If Williamson really cares about bus services being cut in Staffordshire, then he should be fighting to reverse austerity. And with fewer than 200 people signing the petition to date, it seems the public agrees.