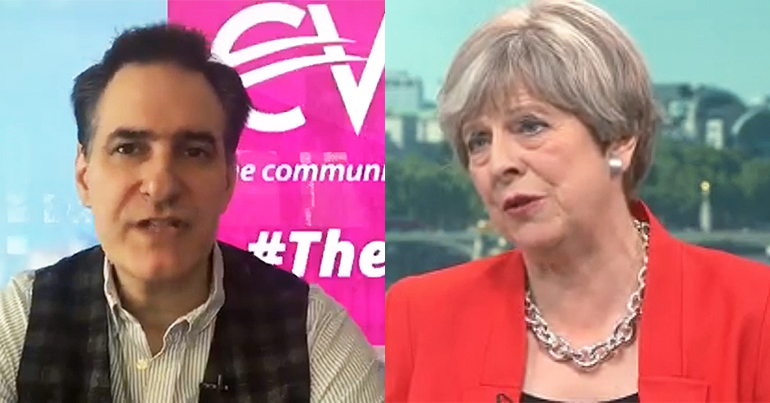 With just over a month until local elections, lawyer and journalist Peter Stefanovic tore into Theresa May’s claims that the Conservatives are ‘making work pay’.

The prime minister has recently highlighted that “unemployment hasn’t been lower since 1975”. But Stefanovic was on hand to provide finer, inconvenient details:

If you only watch and RT one thing today please make it this pic.twitter.com/Xp62rBM9Kr

Theresa May’s record low unemployment is based on record high exploitation of workers.

He also said that workers are:

Theresa May’s rhetoric is nothing new. For years, the Conservatives have talked about how they want to “make work pay”. And on the surface it sounds pretty good. It’s something we could all get behind. But as Stefanovic points out:

The government keeps telling us work is the best route out of poverty, yet six out of ten families in poverty are actually working.

And with many people in insecure employment, the knock-on effects are getting worse and worse. As Stefanovic says, there is soaring homelessness and malnutrition. Work doesn’t appear to be paying.

There are other reasons work does not pay for some under this government, such as George Osborne’s introduction of the so-called ‘National Living Wage’. Because this actually had a detrimental effect on workers under 25. As The Guardian reported, young people now have to:

wait until their 25th birthday to qualify for a minimum wage high enough to ‘live’ on.

Furthermore, the government has also stripped back some instruments of social justice. For example, according to the president of the Law Society, Robert Bourns, legal aid cuts may have dissuaded Grenfell tenants from pursuing safety concerns.

Britain deserves better than this. And people do get the chance to achieve the society they want by turning out at the ballot box, starting in May at the local elections.

– Join the TUC march in London to demand a new deal for working people.