Amid the latest attacks on Corbyn, here's one important Labour announcement you may have missed - Canary 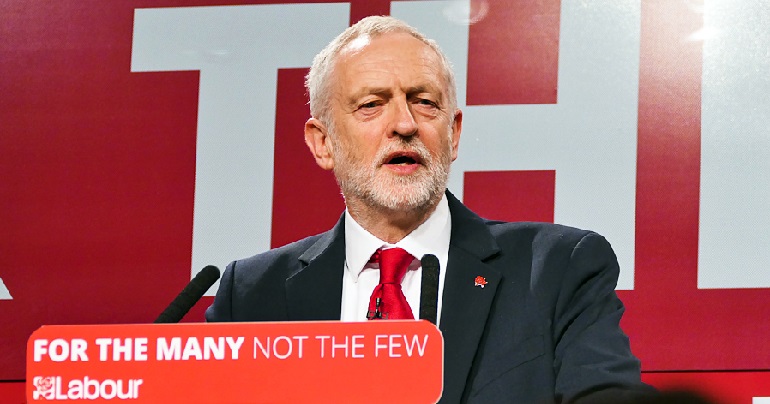 Amid the latest attacks on Labour leader Jeremy Corbyn, there’s one important announcement from his party that you may have missed.

Her announcement suggested prioritising global justice over charity, with a “truly feminist” approach.

The Tories want aid to be about charity, not global justice. They want to defend the way the world is now, with all its injustices and vested interests, rather than transform it.

The Canary asked the Conservative Party for a response to that comment, but had received nothing by the time of publication.

time to wrest back control from the aid industry and put power back in the hands of people and communities.

And she stressed that Labour would:

put an end to an incoherent policy that means British-made bombs continue to fall on Yemen while we are sending £200m of aid to that very country.

Today I launched a new plan for government. Labour wants a world that works for the many, not the few. pic.twitter.com/rPDW7mzQda

As Shadow Secretary of State for International Development, today I launch my plan to transform the global economy, tackle systemic inequality, poverty and climate change: with a feminist approach. #WorldForTheMany pic.twitter.com/jjWnFZUPGn

To serve the twin goals of reducing poverty and inequality, Labour will deliver on five key and connected priorities:
1. A fairer global economy
2. A global movement for public services
3. A feminist approach to development
4. Building peace and preventing conflict
5. Action for climate justice and ecology

Deal with the structural problems

But this latest paper is not the first time Labour has called for structural change rather than sticking plasters.

profit-shifting by multinational companies costs developing nations $100bn a year that they could spend on education, infrastructure and public services.

Profit-shifting or ‘transfer pricing’ is trade between two financial entities that are part of the same multinational group. Corporations then manipulate internal payments in order to avoid paying tax. Meanwhile, African countries lose an estimated £40bn a year in illegal outflows and price manipulation.

Lammy advocated allowing local companies and public bodies to gain control of their own resources, rather than the current situation where:

we silently acquiesce to global corporations’ asset-stripping of poorer nations.

“He who feeds you, controls you.”

Aid can provide temporary help for people who are suffering, of course. But it’s not a long-term solution. And as pan-African leader Thomas Sankara once said:

He who feeds you, controls you.

Sankara opposed foreign aid, along with the financial assistance of the International Monetary Fund (IMF) and the World Bank. He oversaw an impressive increase in schooling, healthcare, and infrastructure in Burkina Faso – until his assassination and replacement with a pro-Western austerity regime.

If the predatory behaviour of global corporations and rich states stopped, developing countries wouldn’t need aid. Currently, corporations essentially profit from poverty and then give a small amount of money back as ‘charity’. And talk of aid obscures any discussion of institutional inequality or injustice.

So Labour and Kate Osamor are right. In order to achieve lasting relief for the world’s population, we need to address the structural problems, and truly “put power back in the hands of people and communities”.