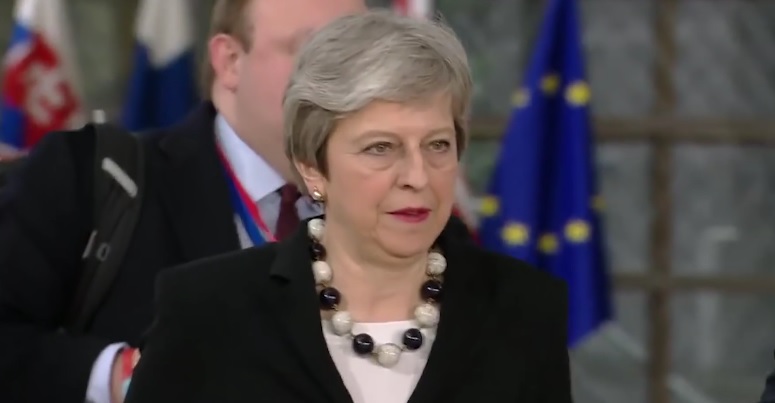 You couldn’t make this stuff up. The same, however, isn’t true of the desperate leaflet in question.

Kamran Razzaq was due to stand for a seat on Dudley Council in the local elections on 3 May. But the Conservative Party has now suspended him. Because in Razzaq’s campaign literature, he claimed that Labour had delivered “hepatitis” to the area. 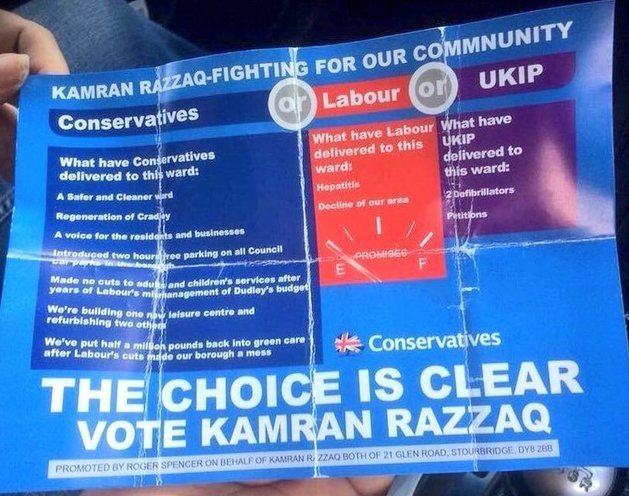 A Conservative Party spokesperson told HuffPost that, following the suspension, “an investigation is underway”.

Razzaq appeared to draw inspiration for his bogus claim from an outbreak of Hepatitis A at a school in a Labour-held ward in the area. The local Labour leader, Pete Lowe, commented:

Words fail me… Politics should be above these sorts of slurs and outrageous accusations.

The Conservative Party took action after one of its own staff raised the issue on Twitter. As Politics Home reports, parliamentary aide Christian Calgie posted a picture of the literature on Twitter, with the following message:

I don’t want to embarrass the party, but a Conservative candidate has sent a leaflet out saying the Labour Party have spread hepatitis in the area… Wtf

He later posted an explanation of his reasons for tweeting about the poster:

And Calgie praised his own methods after the party confirmed Razzaq’s suspension:

But although Calgie appears pleased with his “lobbying” victory, he probably shouldn’t celebrate too soon. Because alongside proving the power of social media, he’s also exposed the desperate tactics some in the Conservative Party will use to do well in the elections. And those tactics include, it appears, just totally making stuff up.

Presumably, that sort of disrespect towards voters won’t sit too well with them. And neither will the out-and-out racism seen elsewhere in the campaign. Let’s hope so, at least. Because the UK deserves better than this sort of dangerous, dog-whistle nonsense.

Clearly, even some Conservatives aides and councillors believe that too.