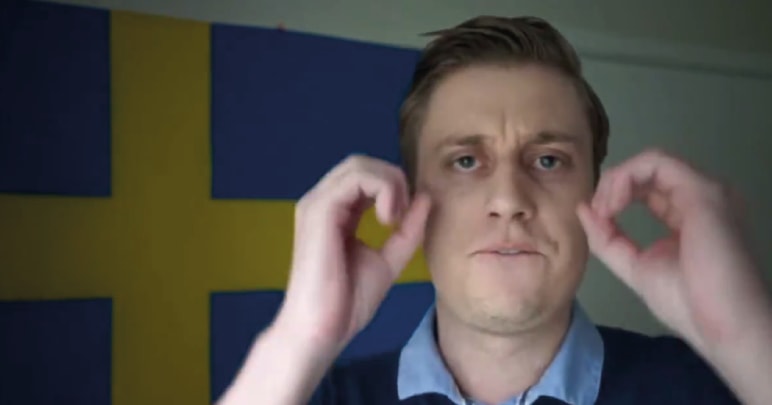 The Swedish government has admitted that the nation’s famous meatballs could actually be a Turkish import, although it has since pointed out that the history is “complex“. This revelation may be little more than historical trivia for many, but it could be the final straw for one far-right activist.

‘Peter Sweden’ is a Twitter personality and YouTube vlogger who focuses on Swedish issues. He has a fairly significant following: 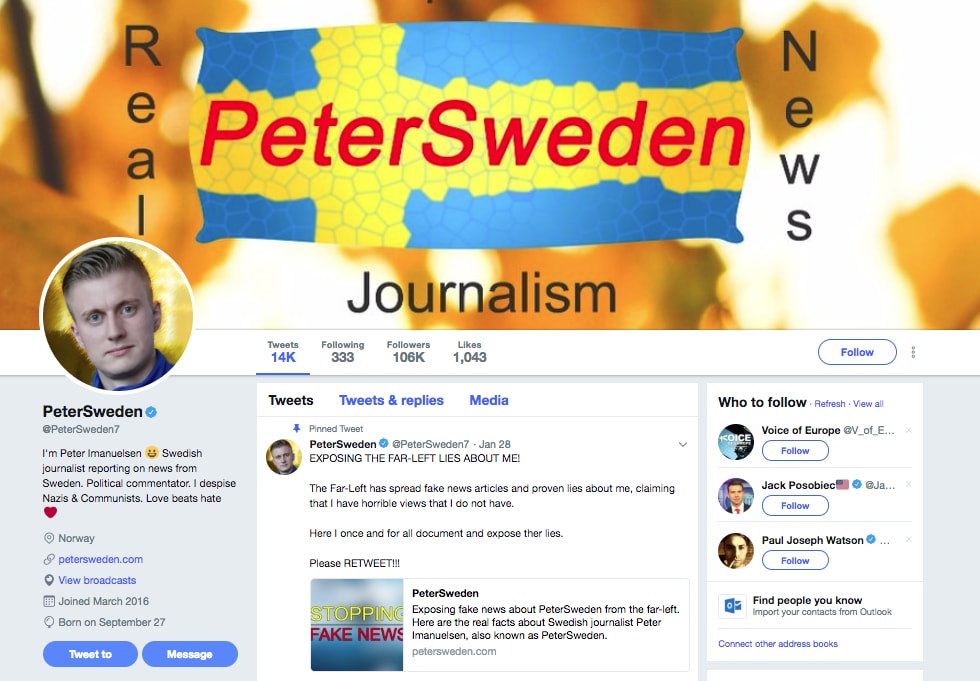 His prediction ended up being, if anything, less extreme than the reality:

It’s worth watching the video for all the emphasis Sweden adds, but this is what he said:

So they just invented some bullcrap, and said that Swedish meatballs – the most well known thing to be Swedish – is in fact from Turkey…

I mean, who do these people think they are?!?

They are diminishing my culture – my heritage – and saying that meatballs are in fact Turkish. Well, this is not on… I mean, it’s one thing that they are trying to annihilate Sweden with all our crazy political policies, and so on, but now they are attacking the meatballs; it’s gone too far.

Peter Sweden is often a figure of ridicule online – usually as a result of people simply comparing and contrasting statements he’s made – like this:

My Mensa IQ test score was 130. This is why I’m able to play 5D chess. Heck, could probably even play 7D chess if I wanted to.

I just had the random idea of trying it and believe me, it didn’t taste good.

There’s also some doubt about his identity. But beyond that, Peter Sweden has shown some incredibly troubling views. The following are all things he’s publicly said: 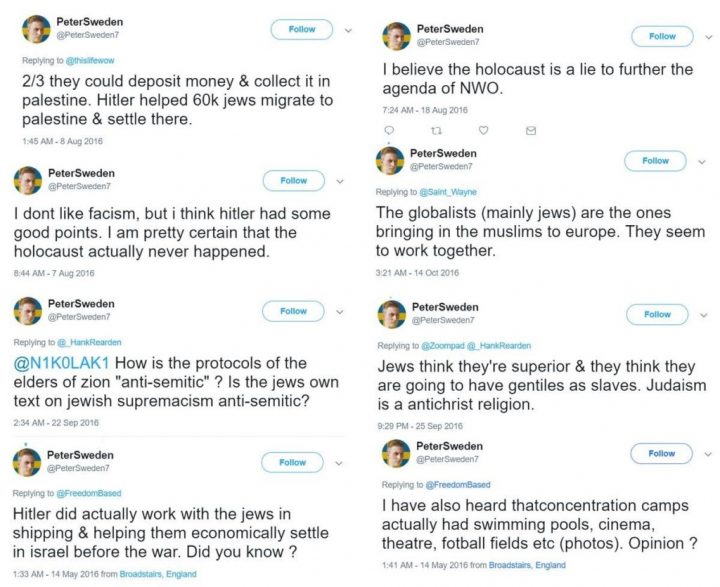 He has since distanced himself from such comments:

I’m truly amazed over the smear campaign I have seen. Assigning me views in a way that is ridicolous [sic]. So to give you the facts in all this smear, I indeed believe in traditionalism, faith and other classical right-wing beliefs.

I have believed all my life that the holocaust happened. But during a few months in 2016 I saw how much the mainstream media was lying about everything. During this period I started to question everything including conspiracy theories about the holocaust. But as I grew older I quickly realized that the holocaust did indeed happen.

And yet his actions in real life have been just as troubling. He was one of the people who took to the Mediterranean Sea, for example, to try and terrorise migrant boats. This stunt went badly wrong, and the organisers were rescued themselves after their ship broke down. They were later deported for “alleged people-smuggling”.

Peter Sweden’s recent Twitter history is pretty much a non-stop stream of crimes committed by non-white people. Many of the crimes and statistics he draws attention to have been questioned. And recent tweets suggest he’s still conspiracy-minded:

The state of democracy in Western Europe is worse than you think.

I know things, I have seen things, and it's bad. Really bad.

I cannot go out with very much details at this moment for my safety, but I will later.

It’s funny to laugh at figures like Peter Sweden. But it’s also worth remembering that some people actually take him seriously – even though a lot of what he talks about is clearly just balls.