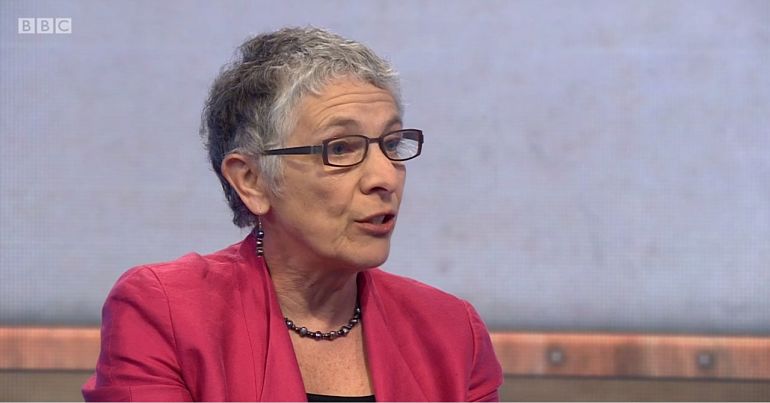 Right-wing journalist Melanie Phillips has written an article [paywall] for the Times with the headline: Islamophobia is a fiction to shut down debate. In it, she argues that “Islamophobia is a mind-bending attempt at thought control”.

During an appearance on the BBC’s Sunday Politics, Phillips said the concept of Islamophobia is being used to cover what she regards as “legitimate criticisms”:

Thank you @DawnHFoster for standing up to Melanie Phillips' disgusting semantic excuses for #Islamophobia on @daily_politics. People use the same excuse for anti-semitism and it is appalling in both cases. pic.twitter.com/aI4daec4hs

On the issue of Islamophobia in the Conservative Party, Phillips believes:

And writing for the Times, she elaborates on the point:

A phobia is not a prejudice but a mental disorder. An irrational terror, it debilitates the victim for whom we feel sympathy. Yet Islamophobia is used to turn people into social pariahs. This is why. A mental disorder has no rational basis. A prejudice is merely a hateful viewpoint. Unlike a phobia, prejudice does not lie outside reason altogether — which makes a phobia literally unthinkable.

Antisemitism is in fact the only prejudice which can be viewed as a derangement of reason. Islamophobia seeks to arrogate that status to itself. That’s why the Muslim world invented the term: to turn criticism of the Islamic world into a pathology.

While this viewpoint is understandable if you translate “Islamophobia” literally, there is some nuance that Phillips has unfortunately missed. The Runnymede Trust, which raised awareness of the term in 1997, makes clear that it doesn’t just refer to fear, prejudice or hatred of Islam as a religion, but includes prejudice and hostility towards Muslims as people.

"Islamophobia is a fiction to shut down debate" is the headline to the latest Melanie Phillips column in @thetimes.

Would the Times ever publish a column headlined "Anti-Semitism is a fiction to shut down debate"? https://t.co/ZwurtYdwXy

In fact, can you imagine the response from @thetimes if, say, a Labour MP wrote a piece for @guardianopinion headlined "Anti-Semitism is a fiction to shut down debate"? They'd be (rightly) outraged.

Yet far too many UK journalists and media orgs are just fine with Islamophobia.

At the same time, many Twitter users weren’t happy about her appearance on Sunday Politics, where she defended not just criticism of Islam but criticism of the Muslim community:

Can you imagine how much crap would hit the fan if someone started talking about 'legitimate criticism of the Jewish community'?

Of course, criticism of Islam as a religion can be fair and legitimate – as can criticism of any religion. Phillips is being dishonest, however, by claiming that the concept of Islamophobia is only used to shut down discussion. This may sometimes be true. But Islamophobia, as prejudice and hostility, is also a real problem that many Muslims have to face in their lives.