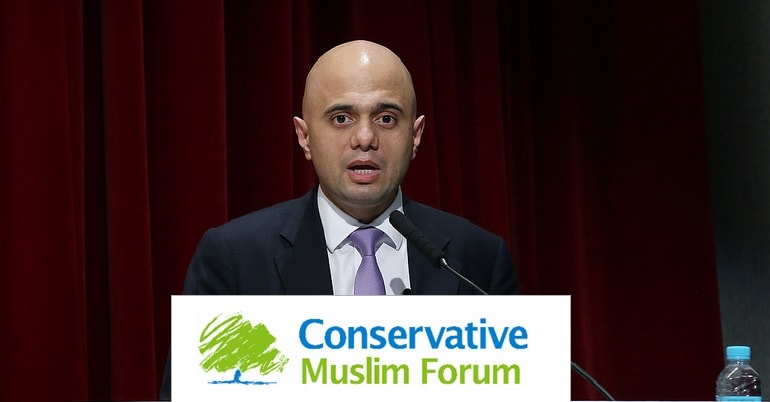 In a letter to Theresa May on 4 June, the Conservative Muslim Forum wrote that it’s “essential” that the party holds an independent inquiry into Islamophobia.

The Conservative group backed the Muslim Council of Britain, which says the problem has “poisoned” parts of the party. The Muslim Council of Britain cited “more than weekly occurrences of Islamophobia from candidates and representatives of the Conservative Party”. These include Bob Blackman MP, who recently shared an article entitled Muslim Somali sex gang say raping white British children ‘part of their culture’.

Regional councils representing 350 mosques have also joined the calls for an independent inquiry. A Muslim Council of Britain spokesperson said:

We very much welcome the many councils of mosques who have written in support of our call for an inquiry into this issue. It reflects the importance that this issue holds in Muslim communities across the UK and the breadth of support for the Muslim Council of Britain.

The home secretary smears the council

On The Andrew Marr Show, the home secretary responded to allegations by the Muslim Council of Britain by smearing the messenger. Sajid Javid accused the council of associating with extremism. But it will be more difficult for the home secretary to attack the Conservative Muslim Forum in the same way without tarnishing himself and his party:

The Muslim Council of Britain does not represent Muslims in this country. You find me a group of Muslims that thinks they’re represented by the MCB.

Marr did not challenge Javid on this, despite the Muslim Council of Britain representing 500 Muslim organisations in the UK.

With the latest additions, the following organisations and people have demanded an inquiry:

The only reason the Conservatives can continue to ignore such demands is a lack of coverage in the mainstream press. So it’s down to us to stop them getting away with it.