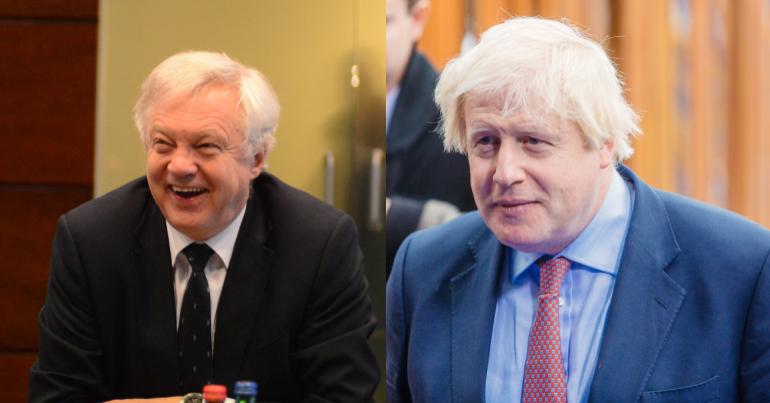 Days after the cabinet was said to be united around Theresa May’s Brexit plans, the Conservative government has all but fallen apart. Even the projectors have stopped working. And according to bookmakers across the country, a 2018 general election is looking much more likely.

Bookies have slashed the odds on there being a general election in 2018. Sites such as William Hill and Sky Bet now have this year as the most likely for another vote to be held.

In Westminster, insiders are describing scenes of disarray after a manic 24 hours where David Davis and Boris Johnson both left the cabinet.

In a bid to get cross-party support, Brexit meetings were organised by the Conservatives on 9 July. But Guardian journalist Jessica Elgot said Labour MPs left the meeting describing a picture reminiscent of political comedy The Thick of It:

Labour MP comes out of the briefing. “Most surreal meeting ever. They are presenting a deal which is collapsing in front of our eyes. The projector doesn’t work. All anyone is talking about is Boris. It’s like the fucking Thick of It.”

And Labour’s shadow Brexit secretary Keir Starmer tweeted about division within the “heart” of government:

Calls for a general election

The flurry of resignations has sparked questions of leadership contests and snap general elections. And many Labour supporters have been calling for just that:

Boris Johnson’s resignation may well sink the Tories. This is a Prime Minister with no control, she can’t be trusted with Brexit, we need a general election, and we need one now. #GE2018Now #PeoplesElection

David Davis has resigned. Spare us weeks of this coalition of chaos falling to pieces – and give us a general election.

Odds on the largest party after any such election are even tighter. The Conservatives remain marginally ahead at 4/5, while the odds on Labour are evens.

Despite the atmosphere of “chaos”, leading Tories are already squashing ideas of a general or leadership elections.

Speaking on the BBC, former Conservative Party chairman Grant Shapps said it was a time for calm, not for a leadership contest:

@grantshapps says no time for leadership election now – understand why they felt agreement difficult, but most country would be ok with it @BBCSimonMcCoy #AfternoonLive pic.twitter.com/D9VDN6YXpH

But not everyone took Grant Shapps’s message on board:

DON'T WORRY . KEEP CALM . Grant Shapps on BBC to reassure us all. How fucking comforting.

It hasn’t been doom and gloom for all though. Some England football supporters are already looking on the bright side:

But the government is descending into meltdown at unprecedented speed. And it remains to be seen if more ministers will follow Johnson and Davis out of the cabinet.

What is certain is that May has been dealt a massive blow. As for a general election – well, the bookmakers are rarely wrong.