As the government disintegrates, a Tory MP predicts a far-right populist could become PM - The Canary 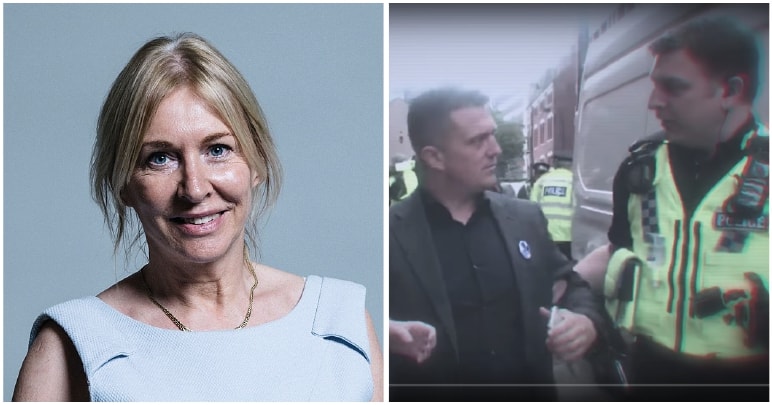 Government resignations continued on Monday 16 July. They follow on from the cabinet meeting at Chequers where Theresa May proposed her Brexit strategy. The plan has proven unpopular with Tories, the EU, and voters. But one Conservative MP has now gone so far as to suggest that this situation could see a figure like Tommy Robinson becoming PM:

The #Chequers deal has disenfranchised voters. People telling me at the weekend that it was ‘last straw’ and if a charismatic figure stood heading a new party, they would vote for him/her. Sounds like we could be heading for our very own Trump/Macron/Robinson.

It seems clear that Nadine Dorries means the far-right criminal Tommy Robinson, for lack of a more obvious ‘Robinson’. Some people were shocked by the suggestion:

It’s also worth pointing out that Dorries has an audience that’s in line with her thinking: 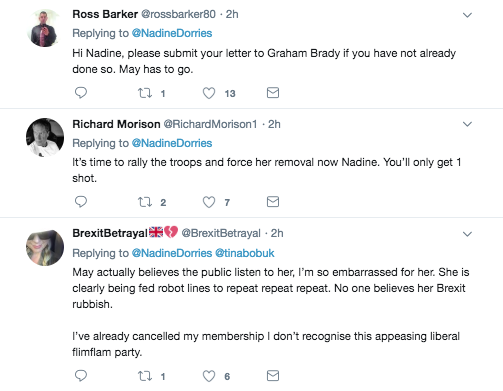 It’s obviously not the case that Dorries is endorsing the idea of Tommy Robinson becoming prime minister.

The Chequers plan was agreed on 7 July. Since then, several prominent and minor Tories have resigned from government. Despite that, May has stayed in place.

During that same period, the ‘Free Tommy’ movement has been making itself known. The most notable incident came on 14 July when protesters marched in London – leading to the arrest of 12 people following violent clashes.

Dorries herself hasn’t called for the release of Robinson. But a lot of people who have are also calling the Chequers deal a betrayal. And these people include current UKIP leader Gerard Batten:

I will be speaking at the Free Tommy Robinson Rally tomorrow in Whitehall at 3pm. I hope that many thousands will turn out to support a very brave man who speaks out to expose the greatest scandal in our social history: the industrialised paedophile rape gangs.

The betrayal is now completely blatant. All that matters to May & her cabinet of Remainers is to ensure that we do not really leave the EU. Even the destruction of her own party & losing the next election don’t matter. Fight back: JOIN UKIP! ukip.or https://t.co/Ab8D1hSo46

An MP was assassinated just before the EU referendum. As such, the far-right problem in the UK needs to be taken seriously. But Dorries’s comments read like she’s using the menace of far-right populism to intimidate her more moderate colleagues.

Dorries has a history of saying awful things online. There’s often an obvious degree of malice to her comments, like when she said this to a Muslim journalist: 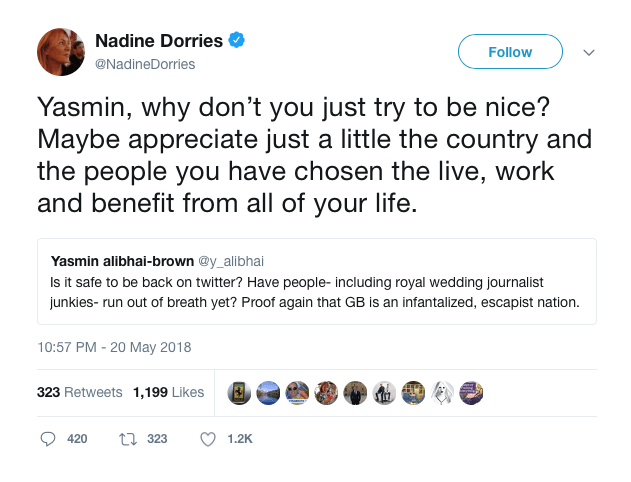 It’s important to point this out, because Dorries’s world view apparently isn’t that far removed from Robinson’s. As such, it’s easy to imagine her using the threat of Robinson’s support to push her party further to the right.