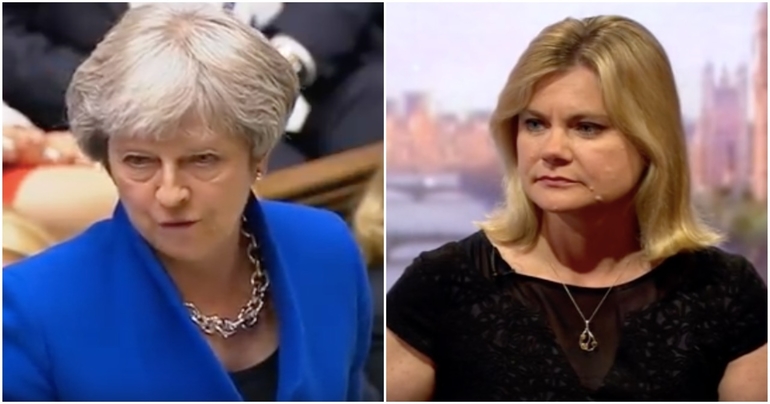 Justine Greening has become the highest profile Conservative MP to undermine Theresa May’s Brexit plan publicly. The former education secretary stated that keeping Britain in parts of the single market would be the “worst of both worlds”.

After what had been a disastrous week for Brexit, following the resignations of key figureheads David Davis and Boris Johnson, the prime minister now has to come to terms with even more divisions within her own party.

In an article originally published in the Times [paywall], Greening said:

Even with a free vote on the final deal in parliament, it still means that in every constituency – mine was mainly Remain – there will inevitably be people disenfranchised by their MP’s vote, despite Brexit shaping all our lives for decades to come. That’s unacceptable. The only solution is to take the final Brexit decision out of the hands of deadlocked politicians, away from the backroom deals, and give it back to the people.

The former cabinet minister criticised Brexit earlier this year, stating that future generations will “improve or undo” Brexit if it does not work for young people. She now argues a referendum should “give the public a first and second preference vote, allowing a consensus finally to be found”.

Concluding her statement, she said:

But on Brexit, it’s clear we have a parliament in stalemate that can’t deliver a clear choice for the future. So it’s time to let the British public do it instead.

Welcome @JustineGreening to @peoplesvote_uk You join a growing band of #Conservatives @sarahwollaston @DrPhillipLeeMP You’re right “Give the British people the final decision on Brexit” https://t.co/K8B14iMNod

Tory MP for Bracknell Phillip Lee congratulated Greening for doing “the right thing for our country”:

Well done @JustineGreening. It's great to have your support for #2ndEUref. I hope more MPs will do the right thing for our country https://t.co/ITIV34j8JX

Greening’s decision to denounce the prime minister’s Brexit negotiations publicly could bring closet Tory sceptics out of the woodwork. The BBC‘s Norman Smith tweeted: “Justine Greening say[s] other senior Tories back her call for a second referendum”:

The end of May and Brexit?

This is undoubtedly a significant moment for advocates of a second referendum, despite May ruling out a further vote. However, this could lead to the prime minister being forced to accept key amendments in opposition to her Brexit plan in order to avoid a full-scale rebellion. With the futures of May and Brexit up in the air, there’s every chance that one – or both – of them will soon come crashing down.