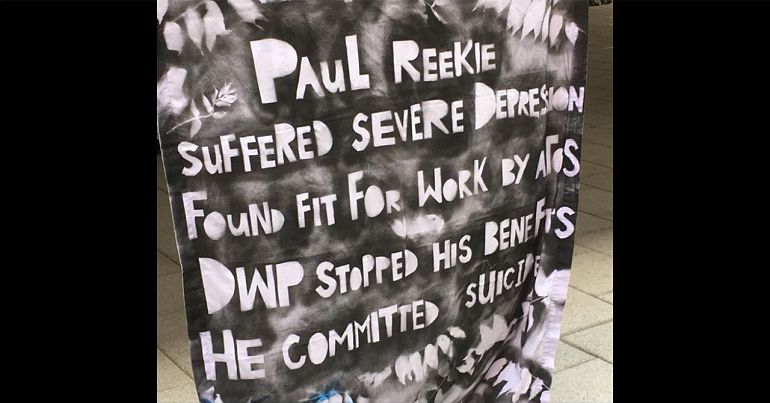 The Department for Work and Pensions (DWP) and the UK government faced a backlash in front of a global audience on Tuesday 24 July.

bring together more than 700 delegates from governments, donors, private sector organisations, charities and organisations of persons with disabilities.

But the event was under intense scrutiny, not least for what disabled people called the ‘hypocrisy’ of the UK government hosting it. This is because the UN has previously accused the government and the DWP of committing “grave” and “systematic” violations of disabled people’s human rights in the UK.

Campaign group Disabled People Against Cuts (DPAC) had already held an alternative summit. It organised its own “International Deaf and Disabled People’s Solidarity Summit” on 22 July. In conjunction with the Reclaiming Our Futures Alliance, it hosted speakers from across the world, and explored issues around “oppression, resistance and international solidarity”.

Then, on 24 July, it took its objections about the UK hosting the Global Disability Summit right to its front door.

A “Festival of Resistance”

DPAC had organised a “Festival of Resistance” at the Queen Elizabeth Olympic Park, where the summit was taking place. It aimed to raise awareness of how the DWP and UK government were treating disabled people; specifically to the delegates inside the summit.

Early reports on social media said that security at the venue tried to move DPAC and its supporters on, but with little success.

DPAC used graphic banners to illustrate the very real implications of DWP and UK government policy. The artwork was by Vince Laws: 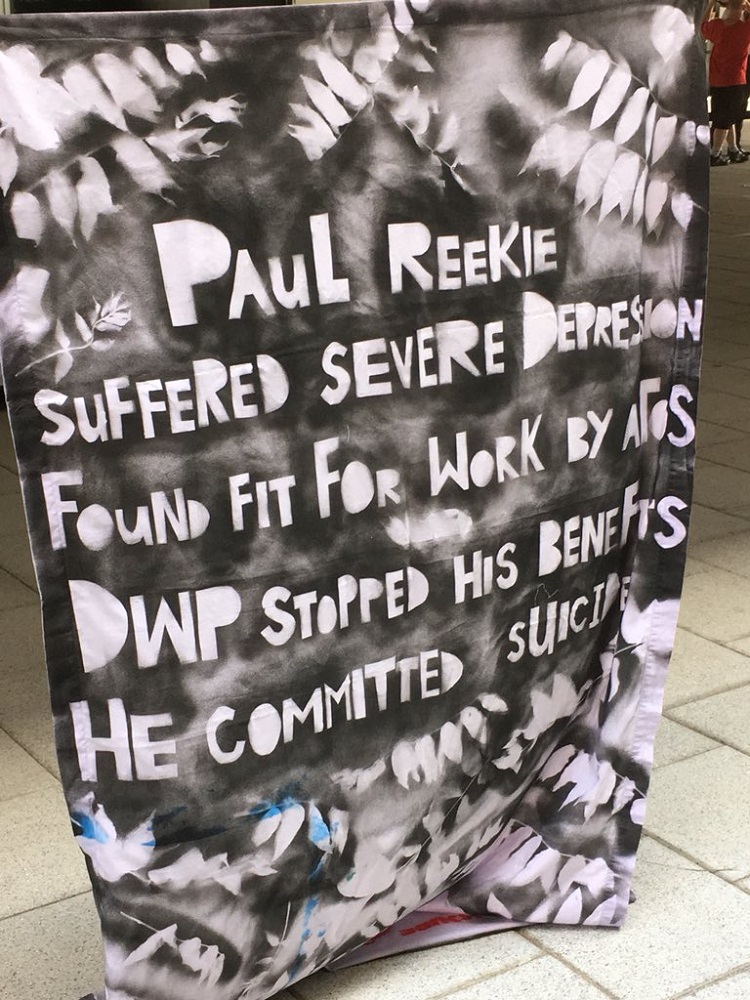 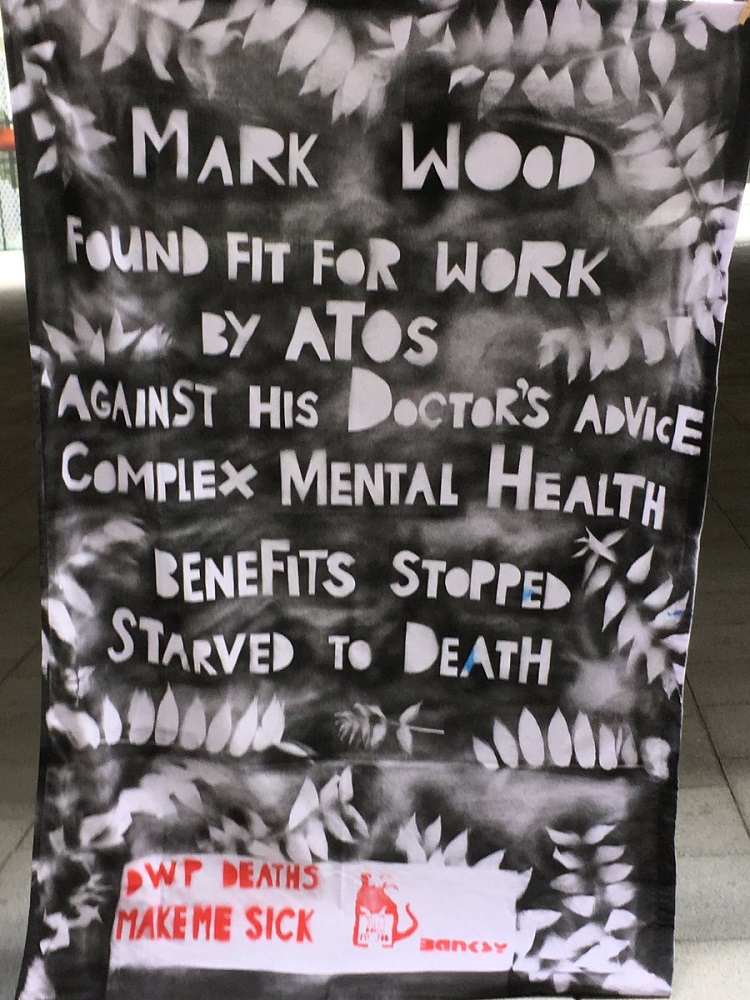 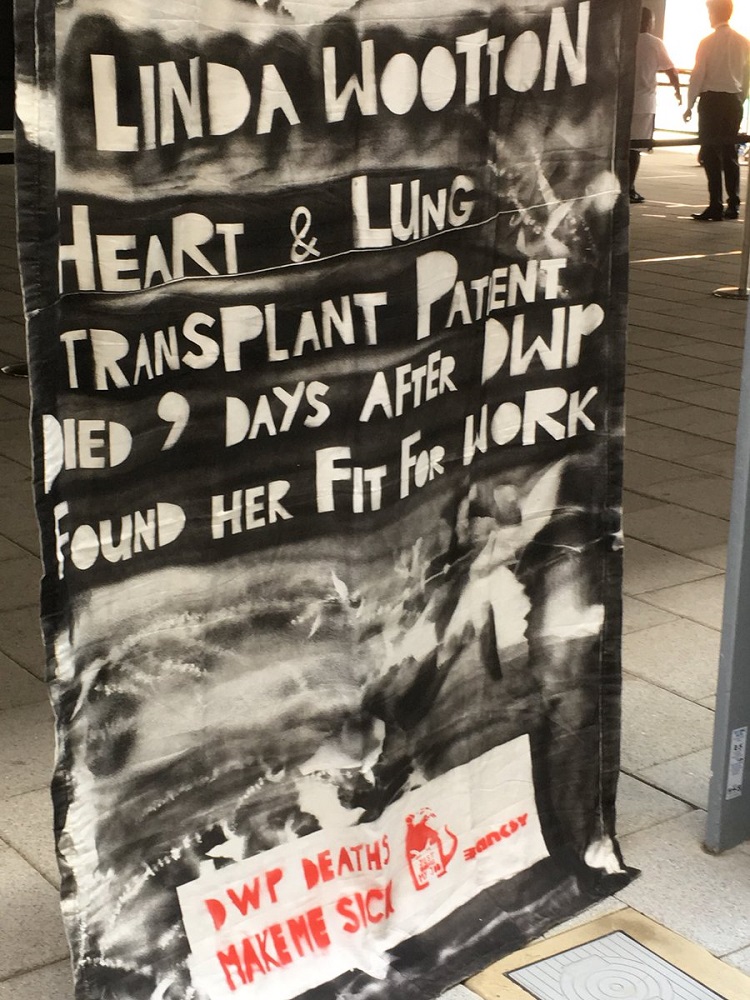 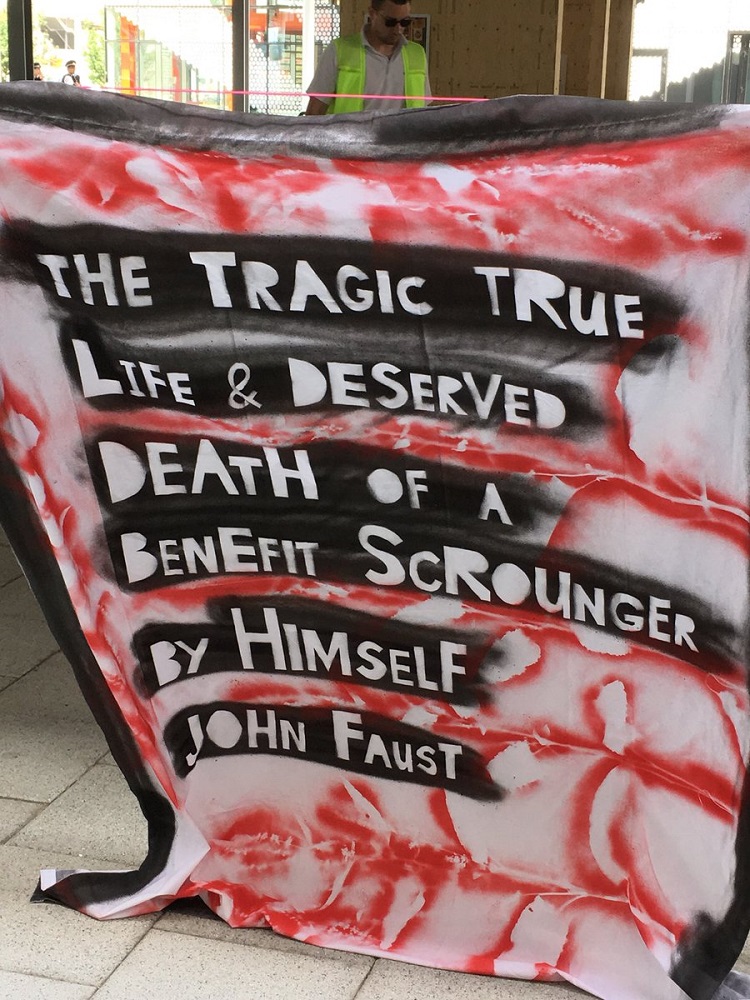 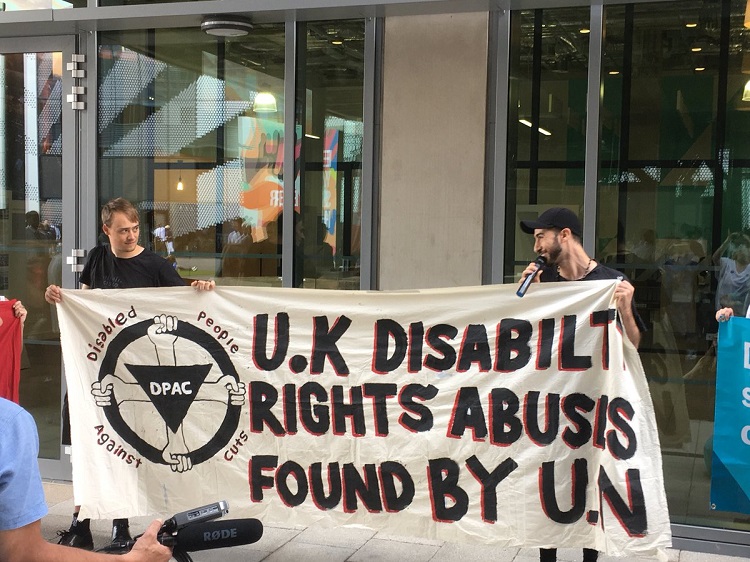 This government… have still not reported on that UN’s final report… I stand… with each and every one of you. Because it is a shame and it is a disgrace. But we are the resistance…

You can read The Canary‘s full analysis of the UN report, which Cordova spoke of, here. But it accused the UK government and the DWP of not only “grave” and “systematic” violations of disabled people’s human rights, but also of creating a “human catastrophe” in the UK.

But it went further, saying the UK government tried to misrepresent the impact of policies through “unanswered questions”, “misused statistics”, and a “smoke screen of statements”. Also, it said the government had introduced policies and legislation which “fail to implement” disabled people’s rights in “reality”.

As one banner summed up: 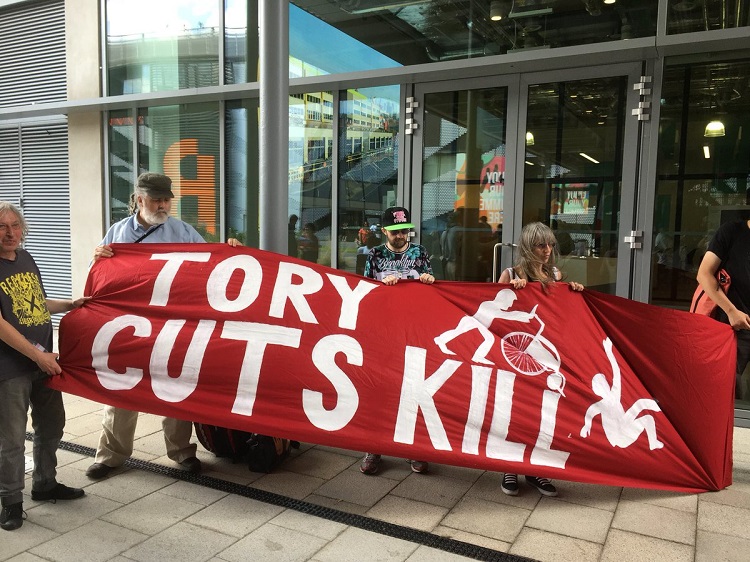 We invited artists and performers to highlight the resistance movement against the Tory government and the impact the horrendous austerity agenda has had on disabled people’s lives. DPAC activists and allies took the space near the summit entrance and spent a couple of hours with disabled activists from Bolivia, Greece, Canada and Uganda in support to speak to summit delegates and raise awareness.

DPAC is the warrior of the disability rights movement. It has spent years taking direct action against the DWP and the UK government. And on 24 July, it found a global platform for itself – and used it to its maximum potential.