Jacob Rees-Mogg tried to blame socialism for the housing crisis, and people aren't having it - Canary 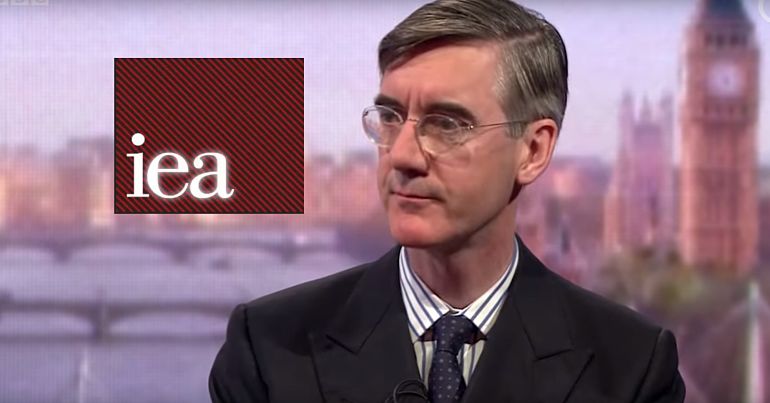 On 23 July, Conservative MP Jacob Rees-Mogg launched the Institute for Economic Affairs’ (IEA) Richard Koch Breakthrough Prize. He then tweeted the details of the prize:

A free market solution to the housing crisis to replace the socialist approach adopted in 1947. https://t.co/nhfwy9CWpa

Is socialism the problem?

The IEA is a ‘free-market’ thinktank. It’s offering a prize for essays which:

answer how we can find a new, market-based policy to alleviate the UK’s housing shortage, and to rejuvenate our property-owning democracy.

Yet Rees-Mogg’s tweet implied that a free-market approach to housing would be a break from the current socialist approach. Thankfully, people on Twitter were quick to correct him:

As the BBC reported, the post-war Labour government “built more than a million homes, 80% of which were council houses”. This was an approach the subsequent Conservative government continued.

But Margaret Thatcher halted this commitment to building homes to fulfil a social need:

would that be the “socialist approach” that was abandoned in 1979 with right to buy and the creation of private housing associations, nearly 40 fucking years ago, by any chance?

A study by Inside Housing found that 40.2% of council homes sold through Thatcher’s right-to-buy scheme are now rented out by private landlords. And her government’s 1988 Housing Act created the private rental market we see today, which is the number one cause of homelessness.

No wonder people are sceptical about what a free-market approach can achieve:

The housing crisis was created when Thatcher decimated the Council House building programme with the right to buy. The stats are incontrovertible, the private sector has never been able or willing to pick up the slack. Why reinvent the wheel when the problem is policy?

‘An asset not a right’

The idea of a “property-owning democracy” frames housing as an asset rather than a right:

you do know that there isn't a single country in the world that has a free market housing policy that has ever worked right ? free market means a focus on profit over all else & when matched with a social system that is based on power that is always going to serve only the few

This government’s decimation of social housing stock means that those who are priced out of the housing market are stuck in insecure private tenancies. Meanwhile, wealthy landlords flourish:

A free market solution to help wealthy landlords tighten their grip on the housing market, to replace a socialist approach which got more people into houses than any other time in history?
How very tory….

This government has also presided over a shocking rise in rough sleeping, up 169% since 2010. Homeless deaths have doubled in the UK in the last five years while over 200,000 properties sit empty in England alone.

Therefore, it’s telling that Finland is the only EU country to reduce homelessness in the last decade. This has been done through rejecting a free-market approach in favour of a ‘Housing First’ model. Housing First re-frames housing as a right. The policy gives rough sleepers unconditional homes and provides support to maintain their tenancies.

The Finnish experience backs up the idea that Rees-Mogg and the IEA are barking up the wrong tree:

Mr Rees-Mogg I suggest that you down from your life in the clouds and see how the real world lives.
Your never-ending nonsense is beginning to get on the collective nerves of the British people.

The website Who Funds You? awarded the IEA the lowest possible mark for transparency in terms of funding. This has led people to be rightly sceptical of its motives:

And Rees-Mogg was among the Tory MPs who voted against forcing private landlords to make homes “fit for human habitation” while being registered as private landlords themselves, according to the International Business Times. So people also wondered what could be in it for Tory landlords:

The FREE MARKET caused the problem!! Any IDIOT should see that. Sell the stock of council houses but ban the council from replacing them. Win, win for private Tory landlords! Poorer folk who could not buy their house become concentrated in sink estates! Well done the Tories!

Championing the free market as the solution to the housing crisis is like trying to put out a fire with gasoline.

Thankfully, people aren’t on board with the ludicrous approach taken by Rees-Mogg and the IEA.