'They really don't want us on the media,' says a leading pro-Corbyn Jewish campaigner - Canary 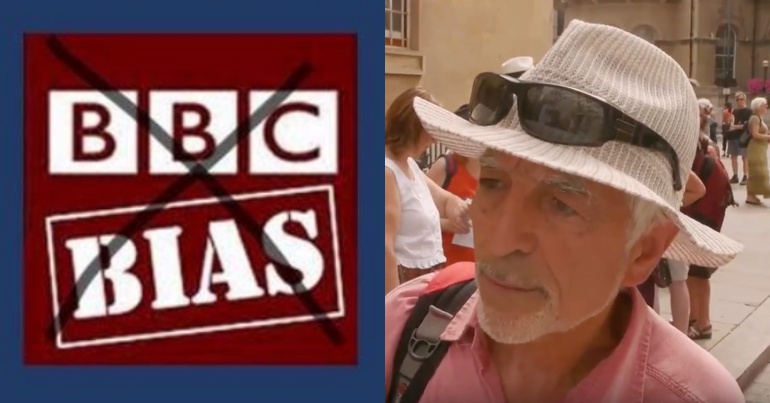 Correction: This article was updated at 20.43 on 8 August to make clear Justin Schlosberg is the former chair of the Media Reform Coalition, not the current chair.

On 7 August, Jewish Voice for Labour (JVL) organised a protest outside the BBC. Protesters gathered to challenge what they see as the BBC‘s role in perpetuating the Labour antisemitism row.

In an exclusive video for The Canary, organisers explain why this protest was so important.

As The Canary reported, protesters tried to deliver a letter to the BBC raising “serious concerns” about its coverage of recent attacks on Labour leader Jeremy Corbyn. It also highlighted “inaccurate” reporting about questions surrounding Labour’s adoption of the International Holocaust Remembrance Alliance (IHRA) definition of antisemitism.

These points are vital and as JVL secretary Glyn Secker explained:

We’ve found it really difficult to get ourselves on the media to give the other point of view. They really don’t want us on the media, because they don’t want to hear our arguments, which are substantial.

Pamela Blakelock, signatory of the complaint, said she’d handed it to the BBC:

Because of their coverage of the shocking accusations of antisemitism levelled at Jeremy Corbyn by Margaret Hodge.

Justin Schlosberg, former chair of the Media Reform Coalition, took part in the protest. He argued that Labour isn’t “overrun with antisemitism – it’s not rife”, and that many existing complaints are “alleged incidents that are yet to be proven” from a “tiny fraction” of Labour’s membership. He explained how important it is to “confront” this media “distortion” that suggests otherwise because it ‘delegitimises’ what Labour and the majority of its members stand for (“a mass political movement that is fundamentally about opposing racism, as well as austerity, as well as war”). And he stressed:

It is also actually undermining the fight against real antisemitism.

This is the bigger picture and this is what makes the current attacks on Corbyn and his supporters so damaging. Never has it been more important to demand accurate reports from the BBC and the establishment media – and this protest took a significant step towards doing that.

Many Jewish people are rising up to fight media bias and challenge the bigger issues of antisemitism wherever they exist. Many thousands more stand in solidarity with them.

Featured images via Jewish Voice for Labour and screengrab