The Sun claims drill music is 'fuelling violence' on the streets of London, but not everyone agrees - Canary 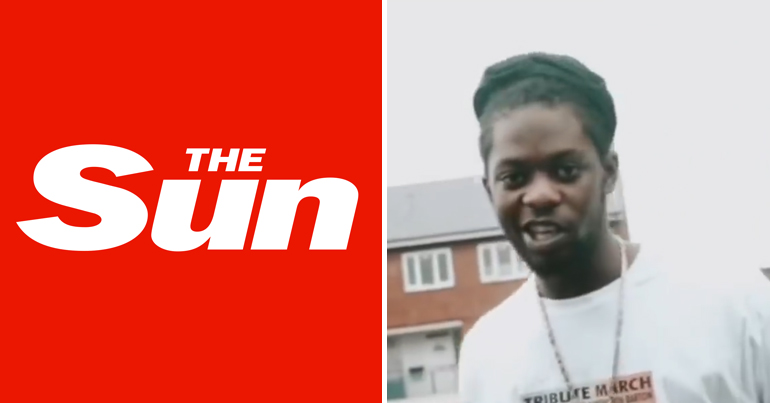 After the death of rapper Sidique Kamara, the Sun has published an article blaming UK drill – a subgenre of rap – for “fuelling violence on the streets of London”. But it’s not as simple as that, as musicians and MPs have pointed out.

Kamara was stabbed in Camberwell, London, on 1 August. He was part of UK drill group ‘Moscow17’ under the name Incognito.

In an article about the case, the Sun suggests UK drill is “fuelling violence on the streets of London”. It goes on to cite claims to support this, including:

The suggestion that UK drill is responsible for growing violence has become a common claim in recent months.

Drill music is associated with lyrics which are about glamourising series violence – murder, stabbings. … Most particularly, in London we have gangs who make drill videos and in those videos, they taunt each other.

Dick called for social media companies to take down such content. YouTube appears to have complied, removing 30 music videos later that month.

Music has a long history of being the whipping boy for social ills. UK drill is the latest in the spotlight. But it’s an excuse to turn away from the real causes of violent attacks.

Blaming music lets those in power off the hook and means they can avoid facing up to home truths about generations of entrenched and systemic inequality.

DJ and freelance journalist Ian McQuaid highlights cuts to youth provisions as integral to the rise in violence:

And our media is blaming the state we're in on fucking drill records.

And rapper Akala says that violence linked with UK drill starts not with music but with class inequality:

The kids from their school and peer group that have killed already had the problems that led them to this point at 10/11 years old. None of them are shocked at which boys it has been that have ended up there, unfortunately.

He had previously highlighted Glasgow as an example of high violent crime rates without “rap music, black folk or *yardies*”:

The fact that Glasgow could have hooligan style and organised gang crime for 200 years in the absence of rap music, black folk or *yardies* is in some way instructive that the causes *might* be deeper and more complex. https://t.co/MpyHDn2aXv

Whilst in April, UK rapper Guvna B told Sky News that:

I feel like drill music is an expression of art and my main issue with focusing on drill music is yes the lyrics are really horrific but it’s still a byproduct of a root issue.

Social equality organisation The Equality Trust explains that the link between economic inequality and violent crime is well established. One of Dick’s advisors, police assistant commissioner Patricia Gallan, has made the same point. And Tottenham-based activist Stafford Scott pointed towards social cuts and the way the issue has been framed in the media.

Making a minor subgenre of music the whipping boy for serious and deadly crimes makes for good headlines. Since May, the Sun has published a huge number of articles linking UK drill to violent crimes. Other papers such as the Daily Mail have done the same.

This narrative that a minor subgenre of music is the cause of an explosion in murders and violent attacks turns a blind eye to serious social problems. Crucially, it ignores social problems that affect working and underprivileged communities the most. But highlighting and suggesting solutions to structural inequalities doesn’t look as good on front pages as blaming young Black men and the music they make.

– Watch the short BBC News documentary Drill Music: Is it right to blame the genre for violence?.

– Read more at The Canary about social inequality and the Sun.