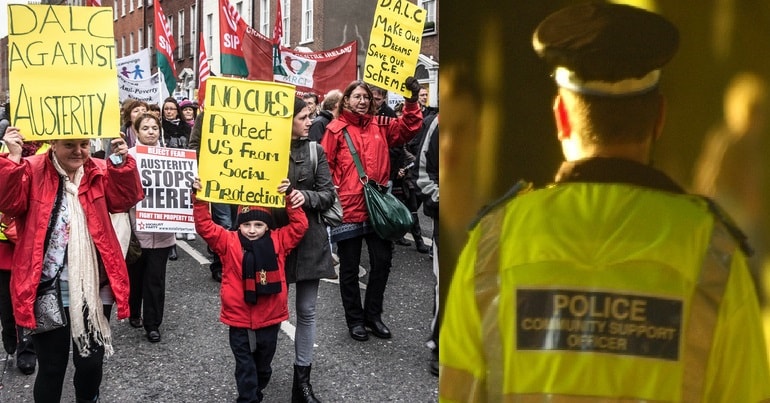 A national campaign from Privacy International and the Bristol Cable is forcing the police to come clean about mobile hacking equipment. The surveillance technology, known as International Mobile Subscriber Identity (IMSI) catchers, can:

For years the UK police have been suspected of using the indiscriminate spying technology without even acknowledging that they were doing so. They stonewalled all freedom of information requests about IMSI catchers on the grounds of ‘national security’.

But, following a two-year campaign, the Information Commissioner’s Office (ICO) has backed Privacy International, which was represented by Liberty. The ICO has told police forces to:

share the legislation, codes of practice, and marketing materials related to IMSI-catchers.

The government has already exploited anti-terrorism legislation, for example, to spy on senior Green Party figures such as Caroline Lucas. Lucas’ file spans across eight years and details her speeches at an anti-austerity protest, an anti-far-right march and her general activities at peaceful demonstrations. In a similar vein, Vice has seemingly detected signs of IMSI catchers at a peaceful anti-government protest.

Signs of the surveillance equipment at the Ecuadorian embassy may also raise concern. The embassy is where WikiLeaks editor Julian Assange has been “arbitrarily detained” for over six years, in the words of a United Nations panel. Whistleblower Edward Snowden revealed that the UK government’s spy agency (GCHQ) has secretly monitored visitors to WikiLeaks’ website. And the files Snowden released showed that Assange is on a US government ‘manhunt target list’, alongside members of Al-Qaeda.

And then there’s UK parliament. Undercover police officers reportedly monitored Jeremy Corbyn for two decades up until the early 2000s. That’s the police spying on an elected MP.

With these precedents in mind, the police do not have a sparkling record on abusing powers to shut down political dissent. That makes transparency over IMSI catchers all the more essential. Respect to the Bristol Cable, Privacy International and Liberty for fighting for the fundamental rights of people up and down the country.

– Back citizen-owned cooperative journalism with the Bristol Cable.

– Find out about some of the women deceived into relationships by undercover officers at Police Spies Out of Lives.