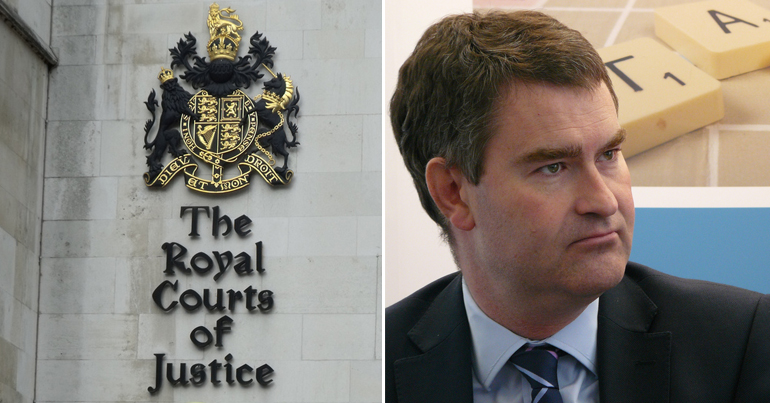 A high court judge has ruled that the Parole Board lacks “objective independence”. It comes after justice secretary David Gauke reportedly pressured former Parole Board chairman Prof Nick Hardwick to resign. And the ruling reveals tensions between parliament and the judicial system.

Hardwick quit on 27 March following months of controversy over the Parole Board’s decision to release serial rapist John Worboys from prison. Worboys was given a now-abolished imprisonment for public protection (IPP) sentence with a minimum term of eight years. When the Parole Board decided to release him in January, he’d served nearly nine years.

A focal point for anger was an apparent failure to inform some of Worboys’ victims of his impending release. Gauke declined calls for a judicial review into the decision. This resulted in two of Worboys’ victims bringing an ultimately successful judicial review of their own. In the lead up to the review’s conclusion, Gauke told Hardwick that his position as chair was “untenable”. Speaking to the Guardian, Hardwick said:

In the end, it was not possible to remain if the justice secretary is saying you’ve got to go. So I said, all right then.

Hardwick publicly disagreed with Gauke’s actions from the outset. On 29 March, he spoke [paywall] to Radio 4 saying Gauke should “accept responsibility for the mistakes he made”. And Hardwick extensively detailed his frustrations in an interview with Byline, published 27 April. But the recent judgement by Justice Mostyn came from a challenge launched by another IPP prisoner.

IPP sentences are indeterminate, meaning they have a minimum term called a ‘tariff’ but not a maximum term. Once an IPP prisoner’s tariff has been reached, they must convince the Parole Board they’re safe for release. But the process is difficult, leading to thousands of people remaining in prison years beyond their tariff.

Paul Wakenshaw was sentenced for armed robbery and handed an IPP sentence with a six year tariff in October 2009. Today he is facing a Parole Board review for release. But his lawyers claimed the Worboys controversy exposed a lack of independence by the Parole Board and therefore Wakenshaw’s review wouldn’t be fair. So they took the case to the Royal Courts of Justice.

Justice Mostyn’s decision is highly critical of Gauke. The judgement, published 7 August, explains the role of the Parole Board as one of a “quasi-judicial body” and must therefore receive “complete objective independence”. And Justice Mostyn goes on to say:

In my judgment it is not acceptable for the Secretary of State to pressurise the Chair of the Parole Board to resign because he is dissatisfied with the latter’s conduct. This breaches the principle of judicial independence enshrined in the Act of Settlement 1701.

Since his resignation, Hardwick has been vocal about Gauke’s meddling. Speaking to Byline, he describes the justice secretary’s actions as “calculated realpolitik”. Gauke had become justice secretary in the 8 January cabinet reshuffle, just days after the Worboys controversy erupted. And Hardwick suggests that Gauke’s actions were because it was his own position, not Hardwick’s, that was untenable following Gauke’s failure to pursue a judicial review.

Thousands of IPP prisoners remain in prison beyond their original sentence and many are several times over their tariff. Worboys and Wakenshaw were handed IPP sentences for serious, violent crimes. But many IPP prisoners were jailed for minor crimes. As chair of the Parole Board, Hardwick was a strong advocate for speeding up release of over-tariff IPP prisoners. But his resignation and its circumstances appear to have made that much more difficult.

Gauke came under heavy fire in his previous position as work and pensions secretary. His stonewall defence of a failing Universal Credit system and claim that benefit sanctions help people get work portray a man blindly committed to enacting party policy.

Hardwick claims Gauke said he didn’t want to “get macho” about the resignation. But that appears to be the way the justice secretary often operates in his office. And that is not acceptable.

– Read more at The Canary about IPP sentences and wider justice issues.