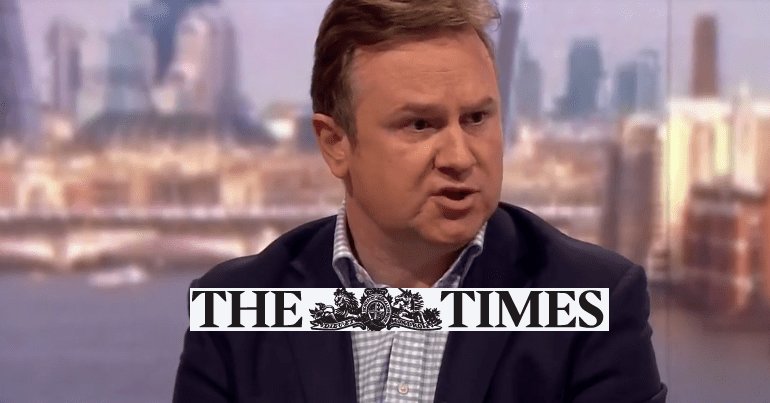 Times columnist Iain Martin, who describes himself as a “hack/commentator”, seemingly tried to exploit deaf people to smear Muslims on 8 August:

Many reasons to dislike the burka, but disrespect of the deaf (who often need to see faces to follow communication) always high on the list

That was until deaf journalist Josh Salisbury fought back with a viral takedown:

I'm deaf and lemme tell you people wearing burkas or niqabs are the least of my problems https://t.co/s0WhIKP3UZ

Lots of people replying to these tweets with some wisecrack

Deaf jokes. I'd say I've heard them all before, but

There has been an ongoing debate about Muslim veils since comments from Boris Johnson. The former foreign secretary provoked widespread media coverage after penning a Telegraph [paywall] article comparing veiled Muslims to “letter boxes” and a “bank robber”. While saying he ‘dislikes the burqa’, Martin wrote Johnson’s words were “poorly chosen”.

Johnson now faces a disciplinary panel as a result of his remarks. But the Conservative Party chair will appoint three of the panel members.

Salisbury wasn’t the only deaf person to speak out against the Times columnist:

As a deaf person I kindly ask you not to speak for me. I do not find it disrespectful and encourage those to wear and be able to wear whatever they want and choose. It's their face and their right to cover it!

And people didn’t think much of Martin’s comeback:

I kindly ask you not speak on behalf of a community of which you are not a part and then silence those in said community (who you are supposed to be pretending to care about right now, btw) by discouraging their feedback when you do speak for them and over them.

Not every deaf person thought the same:

Surprised at all the nasty responses to this sensible and correct tweet. Deaf people, like me, read facial expression and lips to help communication. Proven fact. What’s the problem everyone?

The thing is, Martin might help deaf people more if he spoke out about huge cuts to deaf people’s education:

Iain I welcome your genuine concern for the deaf community
Perhaps raising awareness of the £4million cuts to deaf children's educational support might be a more effective use of your position to help themhttps://t.co/1nhHPXNlBH
You know rather than using it to stir up division

In 2018, a third of councils in England are making cuts of £4m to deaf children’s support services. Families have called specialist teachers a “life-line” for their deaf children.

But Martin is apparently using deaf people to bash Muslims, rather than tackling damaging Conservative austerity. Fortunately, members of that community were around to shut him down.

– Don’t be an armchair activist: support The People’s Assembly.