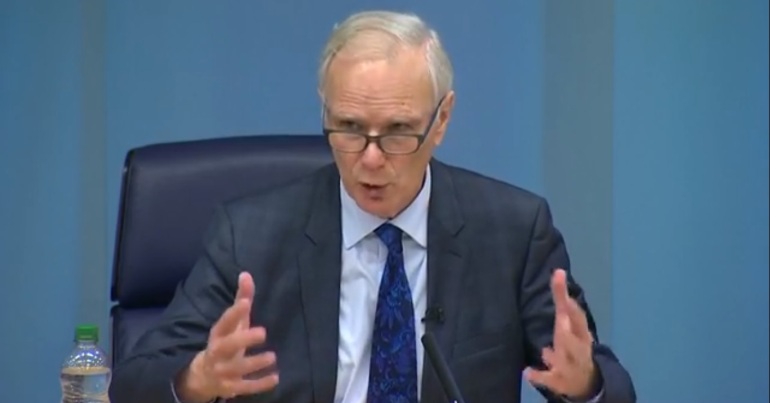 Philip Alston, Special Rapporteur on extreme poverty and human rights for the United Nations, released findings from his UK visit at a press conference today.

Alston’s report was damning in its indictment of austerity measures in the UK. He also suggested much of the suffering caused was avoidable, since “the worse aspects of a lot of these policies could be changed overnight, and for very little money”.

I will be holding a press conference on Friday November 16 at 12:00 in London to announce the preliminary findings of my investigation into #poverty in the #UK. It will be live-streamed here: https://t.co/DnpPp8KWVp journalists can email [email protected] to register pic.twitter.com/NCqVcrojmk

Poverty is a political choice

In the report, Alston addressed a range of issues, from the benefits system to homelessness:

#UNVisit2018 Envoy Philip Alston
'Resources were available to the Treasury at the last budget that could have
transformed the situation of millions of people living in poverty, but the political choice was made to fund tax cuts for the wealthy instead' #BrexitChaos #tory

UN Special Rapporteur Philip Alston @Alston_UNSR says "In England, homelessness is up 60% since 2010, rough sleeping is up 134%. There are 1.2 million people on the social housing waiting list, but less than 6,000 (social housing) homes were built last year" #MakeThemCount @TBIJ https://t.co/Hh1ricWDtV

Clearly, the havoc the Conservative government’s policies have wreaked on British society has been extensive:

Tory Britain; in the 5th richest country in the world 👇

“I was struck by how much their mobilisation resembled the sort of activity you might expect for a natural disaster or health epidemic.”

Effects on the most vulnerable

Alston also revealed, perhaps unsurprisingly, how Conservative policy has disproportionately harmed the most vulnerable and marginalised groups in society:

"The costs of austerity have fallen disproportionately upon the poor, women, racial and ethnic minorities, children, single parents, and people with disabilities. The changes to taxes and benefits since 2010 have been highly regressive." – Philip Alston, UN Special Rapporteur

“not just a disgrace, but a social calamity and an economic disaster”.

UN official press conference, Philip Alston, has just given the most honest, straight & hard-hitting report, hammering the Tories, UC & their Ministers being in a state of denial. Thank you, sir. PS Now we know why McVey resigned yesterday, by today she would have been barbequed

British compassion has been replaced by a punitive, mean spirited and often callous approach says Philip Alston the UN Special Rapporteur on #poverty I'd say this is why the vile Esther McVey resigned, I'm sure her party and its voters will be happy, they like suffering #Labour

Ultimately, Alston’s report only confirmed what the majority of people have been witnessing for years. The Tory government has shown contempt for poor and working class people, both through their policies and their rhetoric, for some time.

Let’s just hope now that someone finally sits up and takes notice.