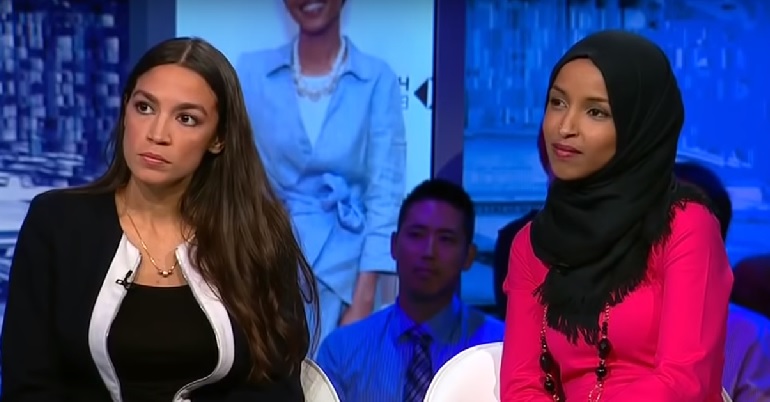 Recently elected politicians Alexandria Ocasio-Cortez and Ilhan Omar are speaking up for refugees on the US-Mexican border, taking a clear stand against Donald Trump’s ongoing propaganda.

“This is life and death”

Trump recently sought to militarise the border as Central American people fled the consequences of decades of US imperialism. And after authorities fired tear gas at refugees on 25 November, Ocasio-Cortez tweeted against Trump’s militarisation. Calling for a more respectful and peaceful response, she asked:

What if instead of sending 5k troops to the border, we had sent 5k caseworkers to review + process visa applications?

In addition to averting moral crisis, it also would‘ve saved enormous amt of resources. But we don’t talk about the financial recklessness of GOP admins, do we?

Asking to be considered a refugee & applying for status isn’t a crime.

Omar, whose own family fled to the US as refugees when she was a child, also spoke out. She stressed:

The people in this caravan are humans.

They aren’t a talking point. They breathe. And they need us to do better.https://t.co/UosiXX3b85

And she called on Trump to stop his “abuse of power”:

Trump, this is a wicked performance and a rating booster.

Stop this hellish show and abuse of power.

This is life and death for asylum seekers!

A country of immigrants that hates immigration

Without immigrants, the United States simply wouldn’t exist. But it no longer seems proud to say “Give me your tired, your poor, Your huddled masses yearning to breathe free”. Because under Donald Trump, US soldiers on the border now have permission to use lethal force. And the US Customs and Border Protection authorities only have to claim that rocks hit four officers in order to explain away their use of tear gas against unarmed refugees, including mothers and children. The country’s president, meanwhile, seeks to justify a hostile response by insisting (repeatedly, and without evidence) that “many” of the refugees are “stone cold criminals”.

The most damning fact, however, is why refugees are fleeing from their home countries. Because it’s very much to do with the US. It’s a story of many, many decades of imperialist interference in Latin America; one which involves countless CIA operations, support for coups and brutal right-wing dictatorships, and vicious destabilisation campaigns which violated international law. And the US still mercilessly targets its opponents in Latin America with sanctions, smears, and other attacks while shamelessly supporting repressive allies.

Any US politician with an ounce of integrity, self-respect, or basic humanity would therefore be welcoming refugees with open arms. But such values aren’t Trump’s strong point. Fortunately, left-wing politicians like Ocasio-Cortez and Omar are proudly planting that flag right into the heart of establishment politics. And they couldn’t have picked a better time to do so.