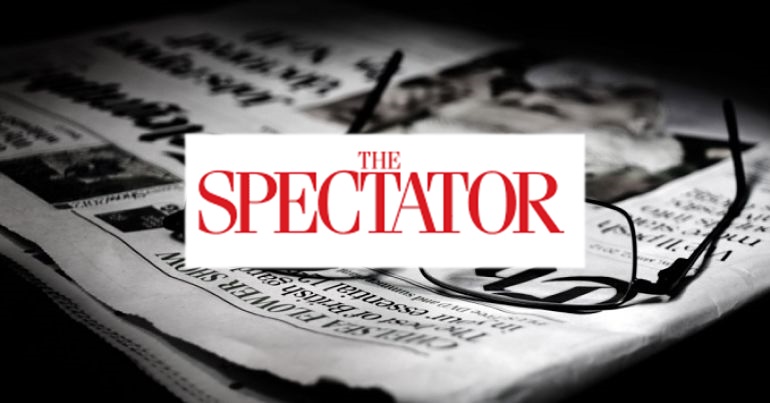 The Sentinelese people inhabit one of the remote Andaman Islands in the Bay of Bengal, east of India. And although they are notoriously hostile to intruders, US Christian evangelist John Allen Chau recently decided to go to the island and “declare Jesus” to them. Chau entered the island with a Bible and some gifts on 17 November, and was killed shortly thereafter.

In response to the event, Spectator columnist Brendan O’Neill declared: “It is time we civilised the Sentinelese people”. But centuries of colonisation in the region – nay, worldwide – suggest that the Sentinelese people have good reason to fear intruders. This is especially true of people like O’Neill, who speak unironically of ‘civilising’ missions.

“Lord”, wrote would-be missionary Chau in his diary, “is this island Satan’s last stronghold where none have heard or even had the chance to hear your name?”

The Sentinelese people are often described as one of the last uncontacted tribes. But this isn’t quite accurate. And like Chau, it seems O’Neill is unaware of prior attempts to ‘civilise’ them.

Our common humanity demands that we make contact with these peoples and patiently try to convince them to become civilised.

In the late 1800s, British naval officer Maurice Vidal Portman arrived on the island. He then “abducted an old couple and four children, and sailed off to Port Blair with them”. And he reportedly “betrayed a suspicious fascination with the bodies of the tribal islanders, and his notes… contain alarming sections, such as comparison of their penis lengths”.

This thread looks at Portman’s legacy on the island in greater detail:

There's been a lot of talk about the missionary killed by the natives of North Sentinel Island. They're probably so aggressive because of this weirdo, Maurice Vidal Portman. So here's a big thread about this creep and some facts from my decade-long obsession with the island. pic.twitter.com/rfOVjfU2ZY

The Sentinelese are lucky they were so effective at preventing contact. The neighboring Jawara weren’t so fortunate. The tribe went from 9,000 to a couple hundred from lack of genetic immunity and only forestalled annihilation due to aggressive segregation. Their future is bleak.

And their aggressiveness is not the mark of savagery. It just that their conception of outsiders is mostly framed by some foot-faced English pervert who murdered some old people and did weird things to their kids. So let’s do them a favor and leave them alone.

The Washington Post also described the islands’ various tribes as “unprepared for foreign diseases and vulnerable to the explorers who saw them as specimens of primeval man – subjects for zoological study, not human compassion”. As a whole, the Andaman Islanders have suffered greatly from foreign intrusion.

I think it is crueller to abandon the Sentinelese people to the fate written for them by the terrible quirks of geography and history than it is to try to contact and civilise them… Yes, civilise them.

This quote is astounding: the terrible quirks of history are found in exactly the type of ‘civilising’ intervention O’Neill proposes. The Sentinelese, moreover, have managed to survive for roughly 50,000 years despite such apparent “terrible quirks of geography”.

Oh my, I assumed this was a parody headline but NO it is a REAL ARTICLE that he ACTUALLY WROTE pic.twitter.com/KpScDMmJGb

Brendan O'Neill must expend a huge amount of energy desperately trying to be wrong about everything https://t.co/pAkrhekBMp

Reflecting on the ‘civilised world’

The rhetoric of bringing “civilisation” to those living “brutish, backwards lives” (yes, these are real quotes from O’Neill’s article) reflects centuries of shameful discourse about the noble white man’s burden of civilising far-away regions.

It is instructive to note, meanwhile, that O’Neill’s comments came just as US border agents fired tear gas at refugee children. So as the Sentinelese people attacked someone representing a historical and actual threat at their border, US border forces attacked innocent children. Is this the type of civilised behaviour that O’Neill expects to bring to the Sentinelese people?

As many have since suggested, if O’Neill thinks the Sentinelese people should be ‘civilised’, perhaps he should go and do the civilising himself.