With parliament in chaos, May lines up the next Tory MP to throw under the Brexit bus - Canary 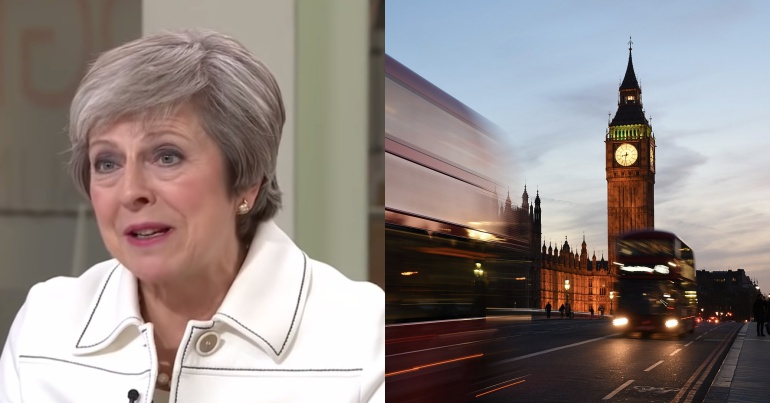 On 4 December, parliament is debating whether Theresa May’s government broke parliamentary rules by refusing to publish its legal advice on Brexit. It issued a 43-page summary but denied access to the full legal advice which is thought to “run to several thousand pages”. In other words, without the full legal advice, MPs would have to vote on May’s Brexit deal without access to, or complete understanding of, its legal implications.

What this also shows is just how ruthless and desperate May is getting. Because Geoffrey Cox, the attorney general, may simply be the latest Tory MP she’s prepared to throw under her Brexit bus to push her deal through. And, whilst Cox is certainly first in the “firing line”, he may not be the only one to go.

On 3 December, Labour, the DUP, the Green Party, the SNP, the Lib Dems, and Plaid Cymru triggered contempt proceedings against Cox. As attorney general, Cox is the government’s chief legal advisor. Labour’s Kier Starmer explained this was initiated because May’s government went against a parliamentary order by refusing to publish the “full and final legal advice on the Brexit deal”. This led Common’s speaker John Bercow to claim there’s an “arguable case” that ministers committed a contempt of parliament.

The Government has failed to publish the Attorney General's full and final legal advice on the Brexit deal, as was ordered by Parliament.

We have been left with no option but to write to the Speaker of the House of Commons to ask him to launch proceedings of contempt. pic.twitter.com/LNfUmHg7Tb

But although the move to start contempt proceedings is both historic and hugely symbolic, the most serious penalty “for MPs found guilty of contempt – defined as those who obstruct or hinder the work of parliament” is suspension or expulsion from the Commons. As Labour’s Chris Williamson noted:

In response to my question in the House of Commons today, the Attorney General accepts that he could be expelled from the House for being in contempt of parliament!!!https://t.co/Ro3TBCVKQQ

Although it is unlikely that Cox will be expelled – the last MP expelled from parliament for contempt was in 1954 – Cox could be suspended while May still clings to power.

Cox’s refusal to share the documents has led to serious questions about quite what the government is hiding. According to Labour Whips, the legal advice is said to be “very bad”:

A binding motion, unanimously passed means the Govt must publish the final & full legal advice provided by the Attorney General to the Cabinet, not just a summary. No wonder a cabinet source said “the legal advice is very bad, which is why they don’t want anyone to see it”

As Caroline Lucas noted, there are “serious issues… at stake”:

This is no time for amateur dramatics – serious issues are at stake.

Nor is it a time for ministers to be hiding the full facts from Parliament.

It is precisely because it is in the national interest that MPs need to see the Attorney General's full legal advice. pic.twitter.com/puwaNSjlcg

And as other commentators highlighted, the legal advice is crucial for MPs to make an informed decision:

So according to Geoffrey Cox it is in the 'public interest' for our political representatives not to be given the legal advice they need to make an informed decision on the most crucial question in a generation.

A corruption of our democracy & he should be held in contempt.

But according to EU advice, there is a chance that we could all get off the bus:

EU court advocate general rules that UK CAN unilaterally revoke article 50 – in other words, in theory, we could just say – stop the Brexit bus, we want to get off (long running case and european Advocate General has just released ruling)

So a bigger question emerges. How far is May willing to go?

On 14 November, Theresa May finally announced the details of the Brexit agreement. At first, it seemed she had full cabinet agreement. By the following morning, five ministers had resigned, with more following. As Jeremy Corbyn said:

At the time of writing, the outcome of the contempt debate is unknown. But it really looks like May doesn’t care how many members of her government go down as long as she can push her deal through. In fact, her actions look more desperate and ruthless every single day.