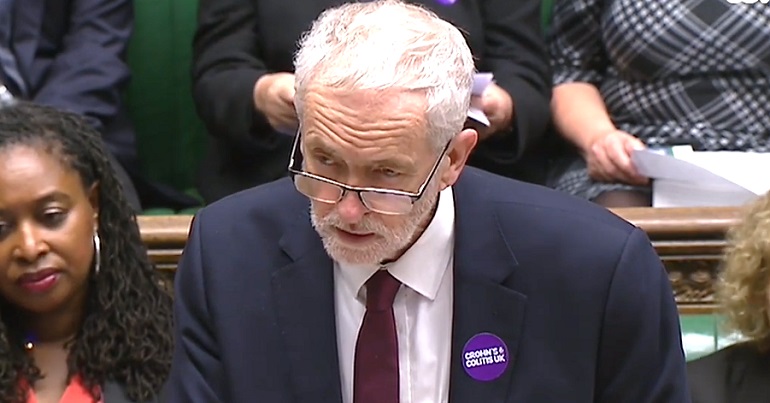 The UK-based Integrity Initiative specialises in covert operations aimed at countering Russian propaganda. But it also conducts ‘black ops’ in countries across Europe and beyond. It’s largely funded by the Foreign & Commonwealth Office (FCO) and listed as a project of the little known Institute for Statecraft, a registered charity.

But Integrity has also been aiming its propaganda at UK targets; in particular Labour Party leader Jeremy Corbyn and his associates. And now, an inquiry into the work of Integrity has been called.

The Canary first ran a story on Statecraft and Integrity on 29 November 2018, highlighting some of their funding arrangements. We explained how Integrity’s handbook, published by Anonymous hacktivists and seen by The Canary, recommends possible ‘educational events’ by other organisations, including by BuzzFeed and Bellingcat. It also lists Bellingcat as a possible research partner.

We also highlighted the work of its ‘clusters’, which are basically covert propaganda operations. The document that lists the UK cluster, seen by The Canary, includes named individuals who hold hedge-fund interests or represent thinktanks such as DEMOS, RUSI, the Henry Jackson Society, and Chatham House. It also names people who represent the Ministry of Defence and the FCO, Orbis – the private intelligence agency headed by ‘Trump dossier’ author Christopher Steele, a smattering of journalists, and Labour MP Ben Bradshaw.

But that’s not all. On 27 November 2018, FCO minister Alan Duncan confirmed in answer to a question:

The work of Integrity has come under further scrutiny after it was found to have posted a series of tweets critical of Labour, in particular of Jeremy Corbyn and Seumas Milne, Labour’s strategy and communications chief.

If this is true this is an outrageous abuse of government powers and resources. We need an urgent statement from the government and an independent inquiry. https://t.co/TDb2n64myf

Some of the tweets, often referencing articles published by other outlets, have been deleted by Integrity, but some of those have been recovered as screenshots: 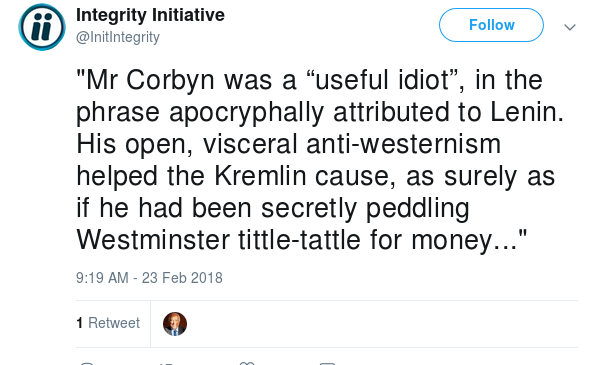 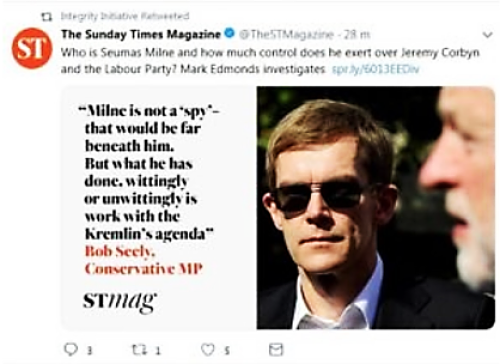 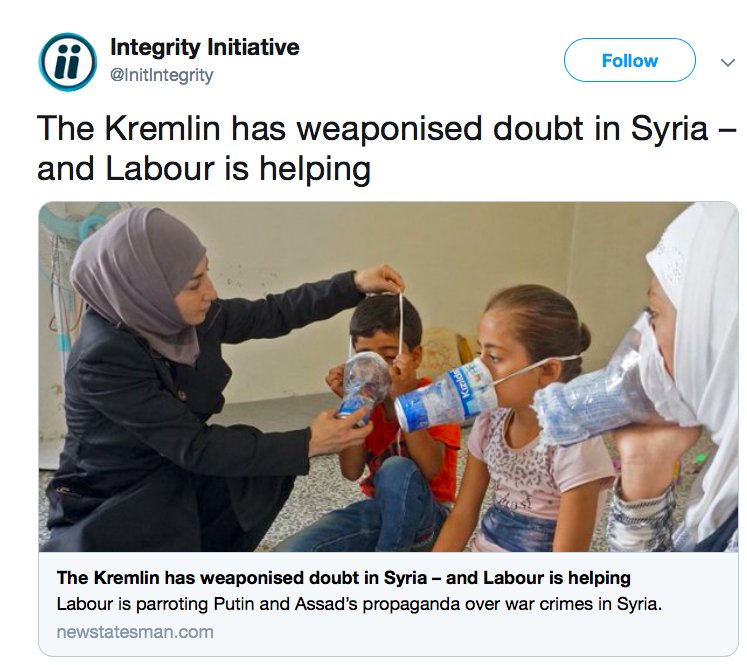 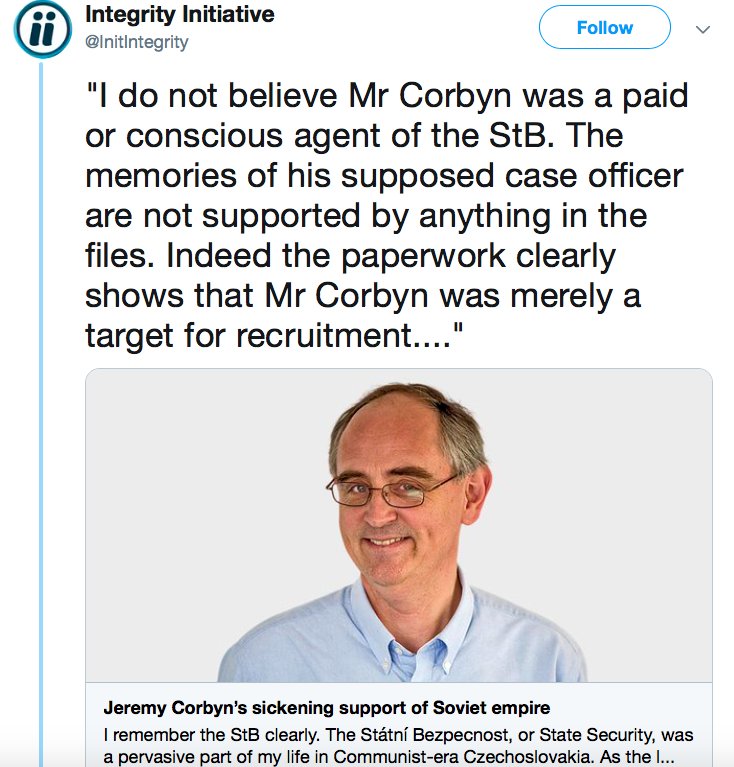 Another document sourced by Anonymous provides details of how the FCO money should be spent – namely, for the Russian Language Strategic Communications Programme. But there is nothing in that document that provides for propaganda aimed at Britain’s Labour Party.

Until recently, Statecraft remained a little known entity. Indeed, its registered offices are hidden away at a very remote site in rural Scotland. Here is an aerial view: 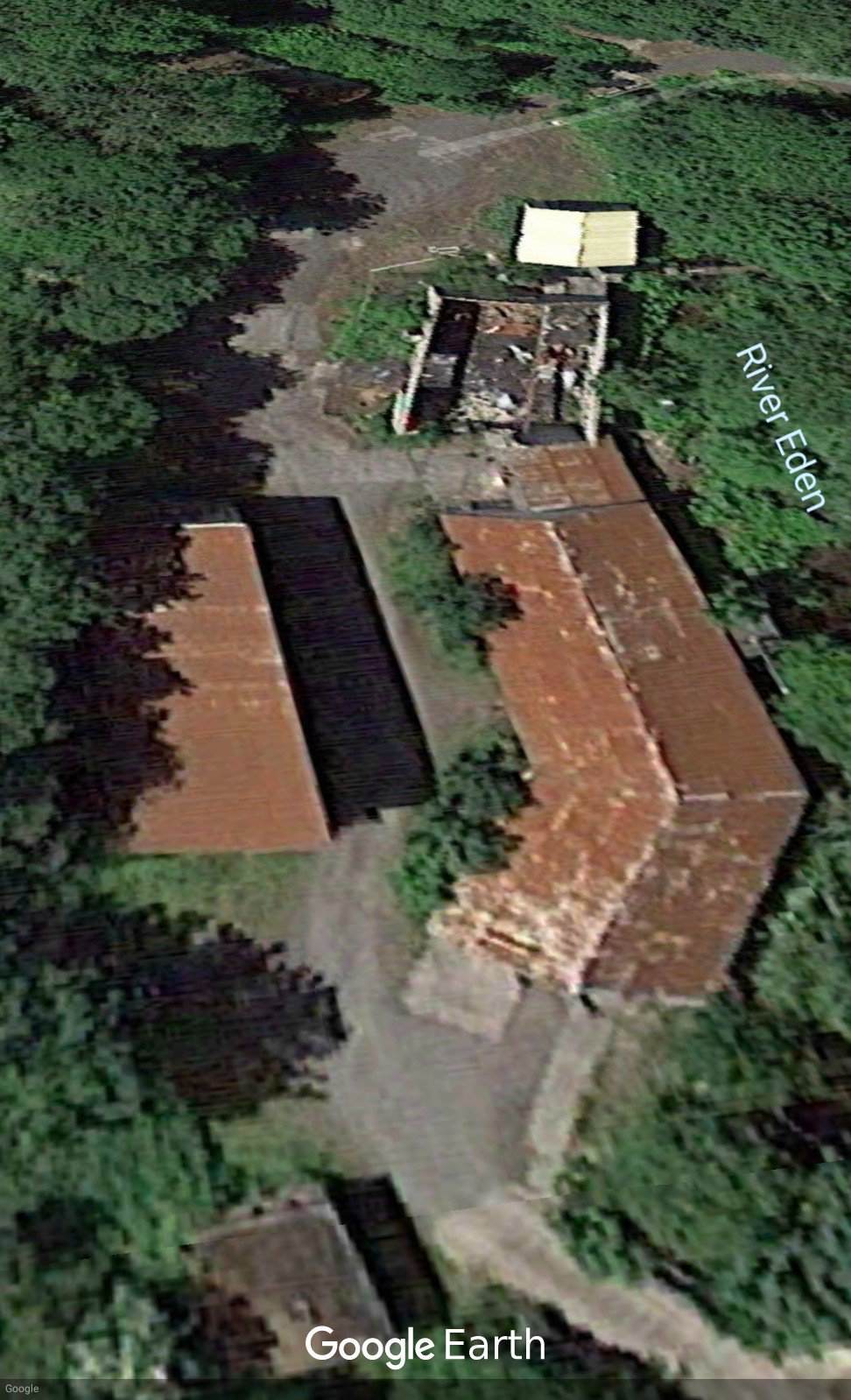 Statecraft boasts some interesting directors, invariably with a military or related background. For example, Daniel Lafayeedney was a fellow with the Advanced Research and Assessment Group at the Defence Academy of the UK. And Chris Donnelly was a special adviser to the secretary general of NATO (and an adviser to Margaret Thatcher). Both are listed as directors of the Council on Foreign Relations, whose registered offices are listed at the same address as Statecraft. 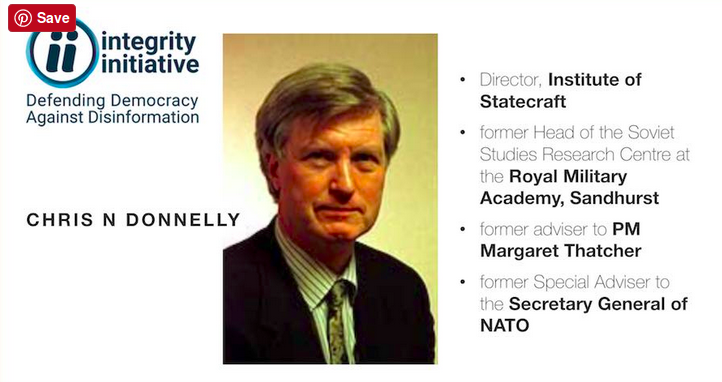 In the wake of the latest revelations about Integrity and Statecraft, shadow foreign secretary Emily Thornberry stated:

It is one of the cardinal rules of British public life that official resources should not be used for party political purposes… why did the Foreign Office allow public money to be spent on attempting to discredit Her Majesty’s Opposition? Did they know this was happening? If not, why not? And if they did, how on earth can they justify it?

The IfS started the Integrity Initiative to highlight disinformation and malign influence across Europe.

We are non-partisan and highlight relevant stories whoever they feature.

But the stated object of Statecraft (which regards Integrity as one of its projects) does not include posting critical comments or smears about the Labour Party. So perhaps the Scottish Charities Regulator should take a good look into Statecraft’s and Integrity’s alleged ‘charitable’ works.

Meanwhile, Labour MP Chris Williamson has called for a public inquiry into the work of Integrity, rather than an internal investigation, as suggested by FCO minister Duncan.

This Tory government has funded an organisation which has meddled in the domestic politics of our European neighbours while attacking @jeremycorbyn.

That’s why I’m calling for an inquiry into @InitIntegrity – democracies don’t behave like this. pic.twitter.com/U4fgjPQLSa

Indeed, when taxpayers’ money is used to fund a programme that not only targets the internal politics of allies but also the leader of Her Majesty’s Opposition, then only a full-blown inquiry will suffice.